The Dos & Don’ts of Sex Between Friends. 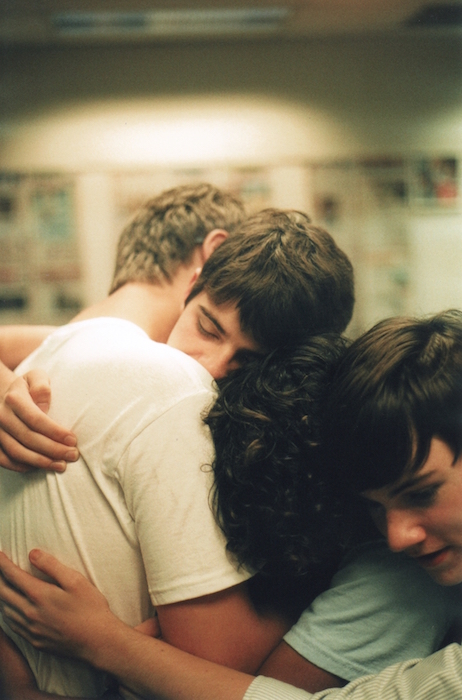 “It’s all sweet and innocent until someone gets an erection.” ~ best ecard ever

Most of us have done it, at some point.

Crossed the boundaries of platonic friendship and had sex with a good friend.

There are so many reasons why this seems like a good idea in the moment:

1) We already intimately know each other so there’s no guessing about what the other person may or may not like in the bedroom. We’ve more than likely shared this with each other when discussing some of our best and worst sexual encounters over drinks.

2) Since we know each other we can pretty much guess what to expect after we’ve done the deed since we’ve seen this person’s patterns and behavior with other sexual partners.

3) We already trust each other so there’s pretty much a guarantee that this person won’t hurt us, and besides, we will both, for sure, communicate our feelings if anything seems weird afterward.

But typically it doesn’t go down this way unless both parties are incredibly mature and committed to the friendship not being tarnished.

I’ve had a few successful and mutually gratifying hook-ups with friends in my time but I believe they were successful because we followed the almighty “Do’s of Don’ts of Having Sex with a Friend.”

If you don’t follow them, the friendship may be tarnished and one, if not both of you, will have an enormous amount of regret about crossing the sexual boundary with each other.

Heed these 10 Commandments to prevent tarnishing the friendship:

1) Thou shall not ignore the fact that you’ve actually had sex.

We didn’t just get drunk together. We didn’t just fall asleep cuddling on the couch watching Netflix. Our body parts were inside each other which isn’t an everyday occurrence. It warrants a real conversation or it’s just gonna feel weird and awkward afterward.

And real friends talk about the elephant in the room even if the elephant was wearing a naughty black lace thong and screaming words we’ve never heard come out of their mouth before.

2) Thou shall not treat said friend like you do every other guy/girl you’ve been with.

Friendship is defined as a bond with another that includes affection, empathy, honesty, mutual understanding, compassion, enjoyment of each other’s company, trust and the ability to be oneself, express one’s feelings and make mistakes without fear of judgment.

If we do not demonstrate these qualities after sex, we’ll lose the friendship. We may not feel we have to express our feelings or be honest and compassionate with a stranger after sex, but if it’s our friend, we have to handle ourselves differently. It’s not an option. It’s a requirement.

3) Thou shall talk about what having sex with each other means to both of you.

Does it mean this is going to be an on-going thing?

Was it a one time deal?

Does it mean we have to be mindful now of talking about other guys/women in front of each other so we don’t hurt each other’s feelings?

Does it mean we have “more than friendship” feelings for each other that need to be discussed?

It’s good to talk about it, rather than ignore it.

4) Thou shall discuss birth control and sexual histories.

Since we’re friends, we probably already know this stuff about each other but come on, we’re friends so let’s not leave this stuff to chance or things may go horribly wrong a few months down the line.

5) Thou shall treat each other with the same respect and consideration you did before having sex.

Just because we’ve seen each other naked and most likely contorted each other into some rather vulnerable positions does not mean we can forget common courtesy and treat our friend with less respect than we did the day before. We returned each other’s calls and text messages prior to having sex, so don’t ghost our friend afterward, trying to act cool.

6) Thou shall communicate any feelings of regret.

It happens. Maybe we crossed the line and regretted it afterward. Sometimes what seemed like a good idea in the moment just wasn’t.

But we’re friends and we’ve probably had more difficult and uncomfortable conversations about other things. We should just have the conversation and put it behind us if we want the same level of honesty and open communication in the friendship moving forward.

7) Thou shall not go psycho on a friend after sex.

We’re adults. We both consented. Maybe we were drunk when we fell into bed together, but I think we often use that as a convenient excuse to not take responsibility for our choices and actions.

We owe it to the other person not to turn into a completely stranger after we’ve had sex with them. This includes suddenly freaking out on them, having expectations of them without having a conversation about what those expectations are, accusing them of taking advantage of us or just acting like a total *sshole. It was sex. If we’re mature enough to have sex, we’re certainly mature enough to handle ourselves like an adult afterward.

8) Thou shall not use the sexual encounter against your friend.

Again, this was a decision we made together. This means that we shouldn’t use it to discredit their character with our mutual friends or future partners. Sex is still a sacred act, especially between friends. Treat it that way.

9) Thou shall be upfront if we don’t want to hook up again.

If it was a one-time thing we were just curious about and tried but don’t want to try again, fine. But if our friend is hinting at wanting it to happen again and we know that’s not in the cards for us, communicate that. We owe it to our friend.

10) Thou shall treat the experience as something sacred.

We may live in a culture where everything seems super casual and doesn’t hold the same meaning it did years ago.

One truth is timeless: friendship is sacred.

Friendship embodies trust, love, compassion, honesty and worth, no matter what time period we’re living in.

And so should the act of sex.

We don’t always treat it that way anymore, but it is. So sex between friends, although it may feel casual and insignificant really is something sacred the two of us decided to share together.

So treat it that way no matter what happens afterward. And don’t allow it to tarnish the beautiful friendship the two of you worked so carefully and diligently to create together.Because, in the end, that will be something you’ll truly regret.

Can We Be Lovers and Not Have Sex? 5 Signs We’re Being Used for Sex. {Adult} 5 Ways to Get Intimate that Don’t Involve Having Sex.
See relevant Elephant Video

Sex is the best thing in the world if it's mutual.