Today I Marched for All Women—even Women for Trump. 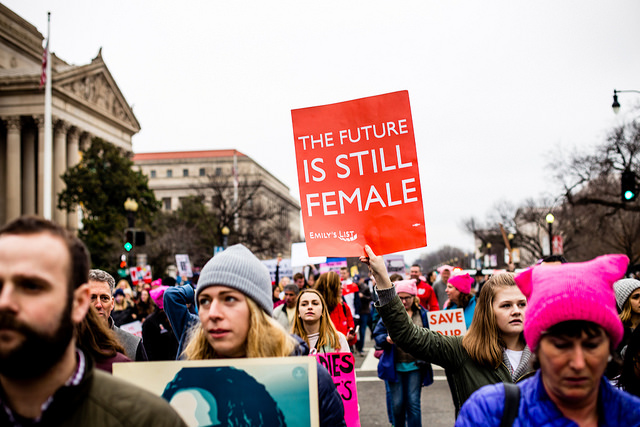 I live in the sleepy little college town of Chico, California.

Today I had the privilege of participating in the Women’s March along with 370 different groups of people globally doing the same.

The turnout for our march was massive for such a small town. The tree-lined streets of our quaint downtown were closed to traffic but were filled to the brim with hundreds and hundreds of people marching in solidarity for equal rights.

Looking out into the vast landscape of colorful posters and sisterly love, I realized a sea of white faces surrounded me. Diversity isn’t one of Chico’s strong points—80% of our population is white, and the lush land we were marching on was stolen from the Mechoopda Native American Tribe, just like most of the land in this country.

As I waded my way through the sea of paleness, I noticed all the colors and cultures of America engulfing each other in a big, ole community bear hug. I met a woman who was a 91-year old WWII veteran and had more spunk and energy in her little finger than I have in my entire body. Purple haired teenagers with megaphones passionately led us in the chant “Women’s Rights Are Human Rights!” I saw moms proudly marching while cradling newborn babies on their chests, young children holding signs hoping we remember that they are the future. Aunts in tie-dyed shirts and big hoop earrings, brothers and dads wearing t-shirts stating, “This is what a feminist looks like.”

At one point I saw a young woman with a Women for Trump baseball cap and a Trump/Pence t-shirt holding a sign that I couldn’t quite read. I was surprised at first, but then reminded myself this isn’t about political affiliations, this is about equality across the board, and it feels great to unify with a Trump supporter for this greater good. Right as I was in the midst of waxing philosophically I caught a glimpse of her sign. It read, “The Gender Pay Wage Gap is a Myth! Violence Towards Women Is A Myth! 80% Of Women Abuse Their Children!! #StandBYourMen”.…what in the holy h*ll?!

My initial reaction was a stormy mix of fierce rage and odd admiration. It takes some pretty big ovaries to walk into a crowd of fired-up feminists donning pink pussy hats and “Dump Trump” signs attempting to call our bluff.

I thought she had a whole lot of nerve coming down to our sacred space and pissing all over it (Trump pun intended). I wrestled with the choices of confronting her, shaming her, or dismissing her, but then realized those are all the things I was marching against. In that moment—no matter how misinformed this Trumpette was, she fascinated me. I truly wanted to know what her deal was, and I decided to approach her in hopes of starting a dialogue with an open mind and heart.

But, as I weaved my way through the massive crowd I saw a reporter walk up to her and sweep her away. Dang! I lost my chance. Oh well, maybe it was for the best. But, as I watched her confidently walk through the crowd, I took a deep breath and felt my heart chakra open wide. I marched for her today too. I marched for her right to speak her mind and state her case regardless of my personal opinion.

I marched for the freedom and equal rights of all women today, not just those who agree with me, because this ultimately isn’t about me, it’s about us. There are millions of women and girls in the world who can’t even show their faces in public, let alone speak their minds. They would give anything to practice this luxury.

I took a deep cleansing breath and honored the rich wisdom I’d just inherited while wishing the woman for Trump well.

At the moment, the sun peaked through the clouds and warmed my face and soul while shining a bright light upon the awesomeness of what was happening around me. I giggled to myself as the enormous crowd began singing along to Tracy Chapman’s song “Revolution.” In that moment all was well. 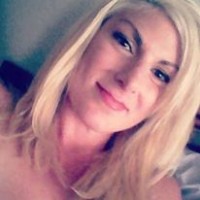