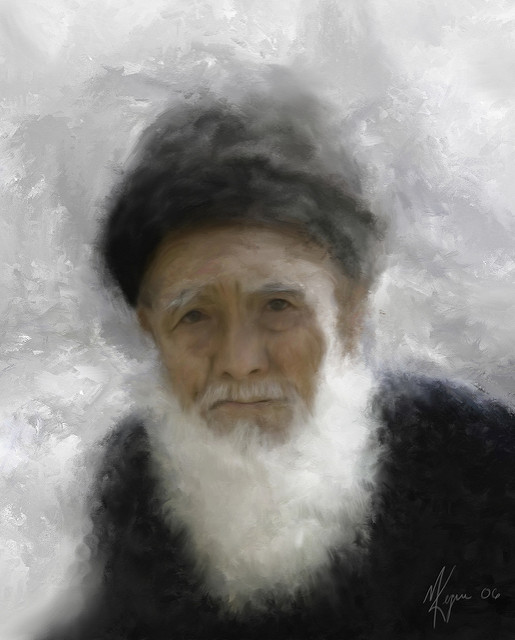 I made a vow to myself late last December that I would visit my aging father as often as possible.

After my mother passed away 18 months ago, my dad moved back to his roots—a small town in the south of Lebanon. He now lives surrounded by his brother and sisters, and their children and grandchildren. However, his children, including me, all live thousands of miles away.

I made my vow, not only because I empathized with my father’s loneliness, but also because I wanted some of his wisdom to rub off on me. I was envious of the community and extended family around him that received his attention daily. He’s become the de facto community leader; he entertains the family, listens to their problems and helps maintain peace and order within the small commune.

I wanted to see for myself this experience and wisdom in action—in real time—instead of reading about it in books.

In February, I had a business trip to Dubai, so I added a few days on the end, and went to visit my father. He was waiting for me at the airport, and we dove straight into conversation.

I listened to him reminisce about old times, giving equal play to his successes and failures. But it was in the silences that I learned the most about how he interacted with life.

I observed how he connected with his large family, always arranging gatherings to celebrate events. On Monday, he was celebrating his grand-niece’s graduation from college. The week before, it was an engagement party for his great-grand-nephew. I listened to him handle an irate relative who was upset at being unfairly criticised in public. My father simply gave him a chance to speak and air his grievances.

Sometimes he was conscious of his actions, but most times he wasn’t. He was just being himself.

The night before I left, I asked him a question:

“What one lesson or saying would you want to leave as your legacy—something that defines how you lived your life and how you would want your children and grandchildren to live?”

He thought for only a few seconds, then quoted Imam Ali Ibn Abi Talib:

“Work for a Better Life as if you live forever. And work for Better End as if you die tomorrow.”

I was stunned, as I had never heard him say it. I stayed silent for a while. He looked at me, and I looked at him. No words were needed to explain further. I hugged him goodnight. He smiled, and I could see a glow around him as I walked toward my bedroom.

I couldn’t sleep that night. I went through the circumstances and details of my father’s life. The quote summed up exactly how he had lived; it was like the final piece to a jigsaw puzzle.

I’ve split the quote into two parts for contemplation:

1) Work for a Better Life as if you live forever…

My father has an insatiable appetite for life. His love of life is infectious, and even at 88 years old, he still has more energy than I can summon at 48. That day, I suggested ordering lunch in, but instead he convinced me to drive 45 minutes away to Tyros, a fish restaurant that overlooked the sea. We did, and it was a lovely lunch.

He is eternally curious. He barely finished high school before leaving Lebanon to move to Africa and seek a better life. He always read avidly, regularly quoting the works of Oscar Wilde, Ernest Hemingway and the great philosophers of the 18th century. He even taught himself French and took an accounting course (before the internet), all while setting up several successful businesses.

Even though he comes from a strict religious background, he’s open-minded and has befriended all kinds of people from different countries, races and religions. He used to visit his friends everywhere in the world, always accepting them and their culture, no matter how different it was from his.

I remember when he took me with him to Amsterdam to meet a friend who was an outspoken atheist and continually lambasted my dad for being such a devout Muslim. My dad would only smile and explain the joy and peace he got from his faith; he would mention how, unlike his friend, he never had any issues sleeping.

My father was passionate at work. He built his businesses over many years, never the typical trader aiming to make a fast buck. He would grow his business every year, taking his time to learn it adequately before going to the next stage.

2) And work for Better End as if you die tomorrow.

This part I hadn’t seen until he offered me the quote that day. After, though, it was so obvious that he had always lived as if he would die any day.

He was a man of faith committed to and at peace with Islam. He was not a blind follower, but an avid reader of Islamic history and philosophy. In these times, where fundamentalists and politics have hijacked Islam, he keeps reminding us that Islam not only means surrender, but also shares roots with an Arabic word, salam, which means peace.

His faith is so strong that he has been ready to die for a long time. He is not afraid of what comes next.

And because he lives with death perched on his shoulder, connection and compassion are part of what he does every day. It’s like he received a special mandate to spread love, and doesn’t have enough time left to do so.

He often drove me crazy in public places by interacting with waiters, taxi drivers and anyone else. But then I would see the smiles on their faces, and I would get it and silently remind myself to learn.

I recall how he supported a young member of the family who was always in trouble. This boy was involved in drugs and burglary. He even entered my father’s home and stole from him. When the entire family gave up on him, my dad refused to do so. He helped in his rehabilitation and offered him support. In short, he gave him love and acceptance—something no other person did. I’m happy to say that the young man is now a reformed character.

My father is special to me. Most of our parents are. All we need to do is appreciate them, listen to their stories and learn from their actions. We can grow so much if only we allow ourselves to absorb their wisdom.