A Vow to No Longer Bury the Past. 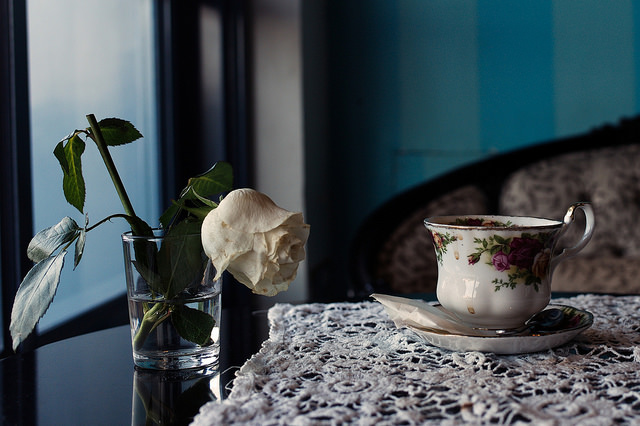 I went out to the graveyard one late Sunday evening.

A cold wind blew and the setting sun cast an eerie Rembrandt-like glow over the cemetery. I made my way through the rows of names of those who once carried burdens like the ones I carried in the wooden box I held between my hands.

Twigs and leaves crunched beneath my feet. The headstones that stood erect reminded me that we are all just passing through. All is lost and returned to dust.

I came here with a tiny shovel. At the edge of the cemetery, under a tree next to the river, I began to dig.

Once I dug a sufficient hole to hold the size, I set the box down inside. I laid to rest pieces of me. Wasted time and mistakes are now where they belong among rows and rows of forgotten dreams, unfinished business, and lost love.

I turned to look at the mausoleums and graves overgrown with tall grass. Violets and wildflowers sprouting out of the ground brought a touch of life to the sea of the dead.

One day, we will be taken over by nature, and the chaos and beauty it produces even in times of death. I began to cover the hole with the grass and dirt I had removed.

I stopped when I heard a sound coming from the nearby mausoleum. I looked to my right and I could see that the iron doors to the mausoleum were open. I recognized the classical piece. It was a lullaby drifting through the twilight air. Whenever I hear it I think of peonies in a vase next to my bedside table, flushed cheeks, and springtime. I always end up putting the needle right back to where the sweet song starts. Sometimes I wish I could pick up the needle and place it back down on my sweetest days.

I left my box, and I walked over to the mausoleum. I peered inside the door.

Startled, I walked through the doorway. “I know this song. I was nearby and heard it. I was just curious.” I was staring at the back of a tall, dark-haired man. He was wearing jeans and a dark blue sweater. He looked to be a few years older than me.

“Poking around mausoleums for fun?” He turned around to face me. He had dark eyes and fair skin.

“Anna is a beautiful piece.”

And then we stood there in silence. There was nothing else to do really but to just come out and ask him.

“What are you doing in here with a record player?”

“Well, this isn’t morbid or anything.”

“What are you doing here? Are you visiting someone?” he asked sarcastically.

“No,” I said rolling my eyes. “I came here to bury my memory box. I don’t have the heart to just throw it all in the trash.”

“You want to let it go…by burying it?”

“When you say it like that, yeah, it doesn’t make any sense.”

He seemed to be lost in thought for a moment. “You know sometimes the best and worst times of your life can coincide. They often do. And who are we to decide which are worth keeping and which are worth tossing?”

We stood there in silence again.

“Ever dance with a stranger before?” he asked.

He went over to the record player, lifted the needle, and placed it back down. It was Brahms’ “Lullaby.” He walked in front of me, and I followed him. He stopped on the cement right outside the mausoleum. He held out his hand, and I took it. He twirled me around so fast that I tripped over the cracks in the cement. I laughed as he continued to twirl me around until I spun into a flower pot and knocked it over. When I turned around to face him he was smiling at me.

“Do you maybe want to grab a cup of coffee?” he asked.

I remembered suddenly what I had originally come to the cemetery to do.

“That sounds lovely. Let me just go grab something I left outside.”

He went back inside to collect his belongings. I headed back to the willow tree, and It dawned on me that maybe I wanted to keep what was inside my box. I was heartbroken to discover that the wind had blown open the cover of my box and rolling across the grass were the odds and ends I had stuck inside.

I didn’t even try and pick up the pieces. It was then that I had a thought, maybe we shouldn’t try and bury our fears, regrets, or mistakes. We try and put them in a box with the hope that a part of us will begin to let go, but it doesn’t work like that. They are not meant to be buried, but to act as a marker of where we have been.

They are proof of life.

Inconsequential encounters can reverberate through years. They move our story along.

Out of the corner of my eye, I saw more small pieces of paper tumbling in the wind. Notes written to me in desperate times, loving times, and times of regret. A record player intervened, and in doing so, saved me from fooling myself.

In a place where finality suffocates you, I came to realize what it means to be alive. Burying your experiences will only deprive you of the wisdom and strength you earned.

I suppose it is time to embrace the violent impacts. That’s what we have rib cages for, right?

We started down the path that lead out of the cemetery. He turned to me, “My name is Beckett by the way.”

It was dusk as we walked together. He picked violets for me as we talked about Schubert and Brideshead Revisited. Honeyed words were exchanged as unspoken promises that this serendipitous moment among the wilt and decay, would flourish. 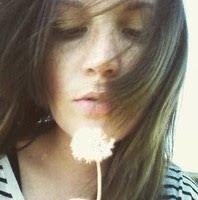