Before You Write that Letter to Your Past Self. 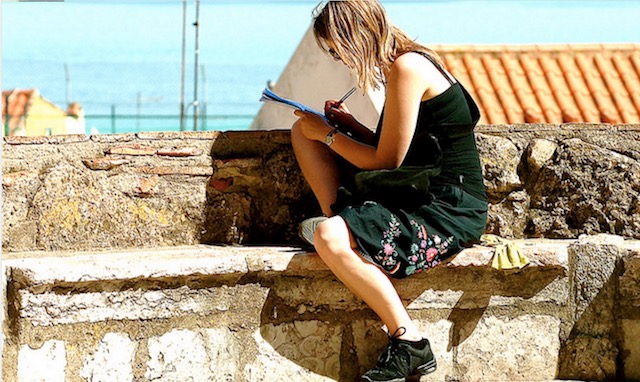 Yes, the you that’s about to write that letter to your past self.

Before you write, “Dear 18-year-old me,” or, “Dear 13-year-old me,” just stop and think about what you’re telling that girl as present day you.

First of all, don’t tell her it’s going to be okay.

She needs to know that this is way harder than you imagined. She needs the truth. You owe her that much.

Stop telling her that her heart will break, but then it’ll mend—let her go through that by herself. She needs to experience every bit of hurt and she needs to cry every tear. She doesn’t need your words of comfort and encouragement. Yes, it would be nice to tell her, to ease the pain, but she needs to learn, to discover that by herself, however hard that may be. It will make her grow and it will make her stronger. That’s how you got to where you are and it’s how she will too.

Although you don’t feel all that strong sometimes, think how much weaker you’d be now if you give her the words you’re about to write. She’s got a mum with good hugs and a dad who wishes for nothing but to take her pain away. She has friends who will console and make her smile when it gets a bit easier. And she’s got herself through it all, although she might not feel like she can do it, she can and she will. It’s in her and you know that.

She’ll beg for you to tell her all the things you’re about to. She’ll plead with everything her younger heart has got. I know you’re tempted. She just wants to know what’s in her fate. But she doesn’t need your tales of dreams and a life you worked so hard for. Let her work hard for that life, because the taste of success won’t be as sweet if you’ve already given the game away.

She’s in a bubble. A misshapen, fragile bubble floating toward a forest of thorns—don’t burst it. Let it float its course.

Don’t lie to her. She needs to know that you still cry about the same things and still wish to be liked. She needs to know that not everything changes, and time gets harder to deal with. But don’t tell her that. Let her ignorance be bliss. I don’t care how much she wants to know; leave the mystery. It’s the only good part about this, the idea of the unknown. The expectation of nascent aspirations.

Let her make the choices that you regret. Let her kiss the wrong boys and befriend the wrong people. Let her ask, “Is this what love is?” and realise that it’s not. Let her make the wrong career choices and drink too much sometimes and say all the wrong things. Don’t tell her that all of this will happen just because you’re trying to justify your actions. This is for her sake, not yours.

Just let her be. She doesn’t need you—it might not look like it, but she doesn’t. You need you. She really wants to live a life not knowing.

Don’t tell her right from wrong or push your opinions on her. Let her make her mind up about the things you’re so sure of in the present. Let her come to her own conclusions, no matter how wrong you think they might be now. It’s what felt right at the time.

Would you like it if you received a letter from 45-year-old you tomorrow? A letter that tells you all about your thirties 30s, whether you got married and had kids, whether you did everything you thought you were going to do at the age?

What would be the point of carrying on?

She’s still a baby. Still full of magic. She’s young enough to know that she can do anything and be anyone she wants but doesn’t know quite who that is yet and is afraid to try. She’s not quite old enough to know that her choices really don’t matter as much as they do now. Let her have that too.

Your choices are more significant now. It feels like time is running out. You didn’t see it coming because it’s hard to think what will matter when you’re her age. The magic is waning for you now, but it’s still there. Don’t you want her to have that magic for as long as possible? Wouldn’t you?

Why ruin it for her?

Don’t map out her time. Just look back and remember her. Give her a wave and a wink, that’s all she needs right now. She doesn’t need this letter. 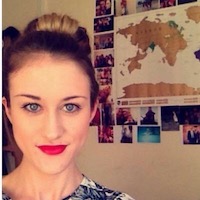