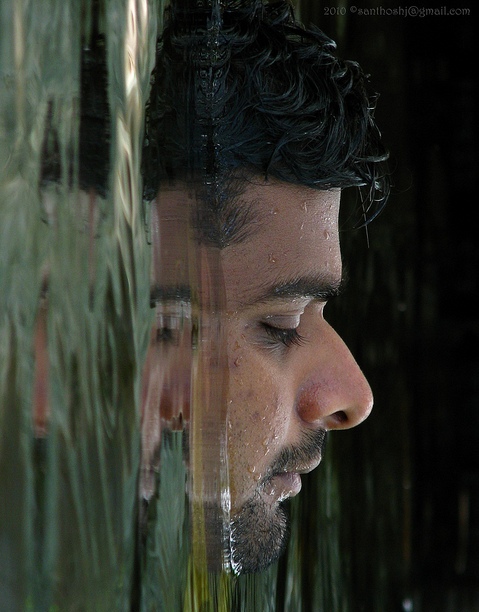 I have often noticed my husband’s disappointment at our children’s behaviour.

However, he continuously conveys patience, compassion and acceptance towards them. Sure, he gets mad at them, but he has a way of delivering gentleness during his frustration. He takes on a quality of water—softness.

At times, I have become frazzled. I’ve said to myself, “He needs to be more forceful,” or, “How are they going to take this seriously if he isn’t firm?”

But, what my kids and I have learned from him, is that his constant softness has washed over us like a gentle flowing brook. He has flowed with our energy like gurgling water washing over stones and pebbles. With enough time, it has left a lasting effect.

The creek rocks have been changed in their appearance and shaped by the water. Likewise, my kids and I have been softened by his patience. I notice myself feeling less tense when I’m frustrated—my body feels calmer. My tone and volume is quieter. Our two children have been transformed, noticeable by their calmer tones and gentle manner.

Lao Tzu, the Chinese sage, described in the Tao Te Ching how the soft overpowers the strong:

“Nothing in the world is softer

And weaker than water.

But for attacking the hard, the unyielding,

Nothing can surpass it.

The weak overcomes the strong:

The soft surpasses the hard;

In all the world, there is no one who does not know this,

But no one can master the practice.

Therefore the master remains serene in the midst of sorrow;

And cannot enter his heart.

Because he has given up helping,

He is people’s greatest help.

Here are some characteristics of water we can try to emulate:

Water has energy to it. Stagnant water without a pump, carries diseases. It must be able to flow to be healthy. If we try to hold water, it pours through our hands. Forcing water to be still inhibits its natural property of flowing. It will adjust by flowing to a lower level. Likewise, we must be able to flow to be healthy and radiate positive energy to others.  When we allow ourselves to breathe deeply and pay attention to our feelings, we uncork the bottle.

We are energy, and through breathing when we are upset, we allow our pent up energy to flow out. Yelling or resorting to violence does not uncork our energy, but fuels it, and hurts people. By breathing and noticing what we are feeling, we can separate from the monkey mind and create space. Space enables us to flow.

The opposite of flow is rigidity. If we are rigid and firm in our positions, we are like a dead stick. It breaks when we try to bend it. Broken sticks don’t have a lasting impact on the environment. They can be used for building a fire and giving warmth. However, when we flow, there is no end to the positive outcomes we can have on our world.

If water is contained within a wall, it will eventually seep into the cracks. Eventually, the wall will become unstable and may fall. To keep the structure stable, more energy needs to be put into it. Pema Chodron, in her book Taking the Leap, cites a true story of how softness overcomes the hard.

A Jewish couple lived in the same town as a leader of the Ku Klux Klan. This man was filled with hatred toward people of the Jewish faith. He would call the couple repeatedly, and threaten them and their family. At first, they were afraid and called the police. But, the calls kept coming.

Even though it was illegal, the situation wasn’t resolved. The KKK leader had been confined to a wheelchair, owing to a beating. Learning of the man’s disability, the couple wanted to respond in a different way, other than returning the hate. During one of the threatening calls, they asked him a question:

“Could we drive you anywhere in town?”

There was silence for a while.

The couple became committed to helping the man. They began calling him, asking if they could bring him food. Eventually, the man agreed. Trust began developing. After a while, the man agreed that they could take him around town. After having met several times, the man removed his KKK ring and gave it to the couple.

He said, “I denounce everything they stand for. But, it’s not the people in the organization that I hate. If I were to say I hate all Klansmen because they’re Klansmen—I would still be a racist.”

Over time, the couple’s softness overtook the hardness of hate. Water is stronger than rigid structures.

3.  Water is flexible, yet stays true to its essence.

If we attempt to influence water by adjusting the outside temperature, it will transform into another state. If it is boiled, it will evaporate into the atmosphere. Eventually it returns in the form of moisture or rain. If it is frozen, it becomes solid. If it is thawed, it becomes a liquid again.

Does this mean that we have to transform ourselves when faced with adversity?

No, water stays true to itself. It is merely adapting to outside conditions. Hence, we can stay rooted in our authentic selves, and remain soft. If we have to do tasks that we don’t enjoy, we can adapt in a positive, gentle way—like water. For example, while we may have to work at a job to pay the bills, we can be present and relaxed, knowing this is one moment in time. All things are impermanent. We can breathe and let our true essence and softness arise, knowing that we will eventually get something that suits us.

“When instead of reacting against a situation, you merge with it, the solution arises out of the situation itself.” ~Eckhart Tolle

Hence, this act of becoming soft, is a practice. It takes time to notice results. What I’ve noticed as I practise this gentle way, is that I have changed on the inside. The more tender and accepting I am towards myself, the more I become that way with others.

I would like to encourage all of us to start this practice by practising on ourselves. Each day, let’s say something kind to ourselves when we mess up. When we start loving ourselves, it will gently extend naturally and easily to others.

I wish you compassion as you flow throughout your day. 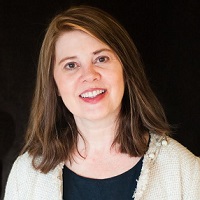