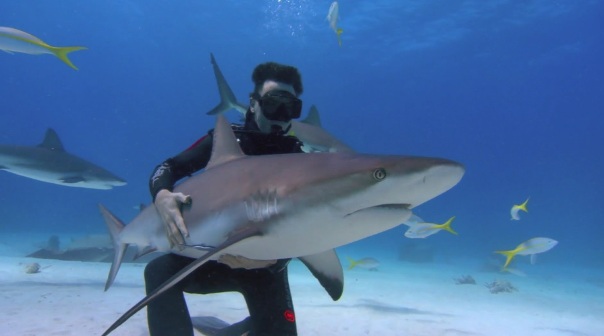 “I thought I had the dream life. I could take pictures of fish and travel the world. It was only when I saw what was happening to the sharks that I realized I couldn’t just sit back and not care. At a certain point you have to take action.” ~ Rob Stewart

Rob Stewart was an award-winning photographer, filmmaker, conservationist and educator.

Born and raised in Toronto, Canada, Stewart was only 13 years old when he discovered his passion for photographing underwater wildlife.

By 18, he became a scuba diving instructor and began earning his Bachelor of Science degree in Marine Biology at Western University in Ontario, Canada. However, it wasn’t until a trip to the Galapagos Islands shortly before graduation that he discovered illegal longline fishing (a practice that kills many sharks), which prompted him to promote public awareness of these issues through print media.

When the public didn’t respond, he decided to make a film to bring people closer to sharks. At the age of 22, Stewart left his photography career behind and embarked on a remarkable journey that spanned over the course of four years, resulting in the epic documentary, Sharkwater.

While promoting his film, Stewart was challenged with a particularly difficult question:

If scientists are predicting that our oceans will be completely decimated by 2048, what’s the point in saving the sharks?

Stewart knew that he had to address the issue, so he set out to make a second documentary, Revolution. Revolution went beyond the issue of saving the sharks and instead focused on how human beings were going to save themselves. The film won many awards and once again put Stewart back in the spotlight as the spokesperson for the importance of protecting marine life. Tragically, while filming a follow-up documentary to Sharkwater this past January, Stewart lost his life at the age of 37 in a diving accident in Alligator Reef, off the coast of the Florida Keys.

Rob Stewart was a true inspiration and an undeniable hero to many people throughout the world. Over the past 10 years, he was not only a significant figure in my own life but also the lives of my young students. I was devastated when I heard of Rob’s passing, but my goal is to hold onto his guiding presence as I work to preserve his legacy, as both an educator and an activist. 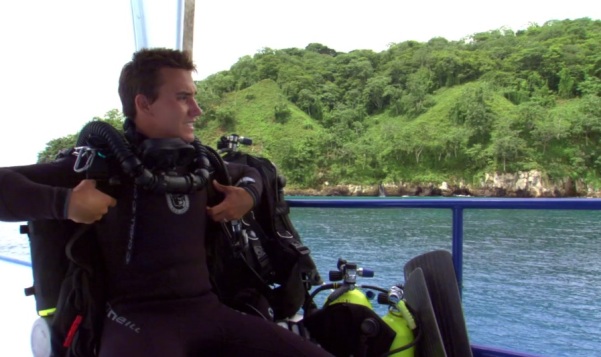 In addition to imparting knowledge about the importance of the preservation of marine life and ocean conservation, he also brought to light for me many overarching life lessons, five of which are at the forefront of my everyday life:

Rob never did anything half-heartedly. He attacked his passions with nothing less than 100 percent effort, without apologies, explanations or adherence to rules. He recognized his passion for wildlife at a young age and knew that he needed to do everything in his power to protect it, even if it meant risking his life. From him, I have learned the importance of taking some much-needed time to find my “thing,” whether it’s environmental activism, travelling or photography, and to commit to it fully, without any reservations.

Rob taught me to approach every situation with compassion and to take responsibility for the current state of the world. We have the tendency to think that environmental issues are “someone else’s problem” and others “will take care of it.” Rob has taught me that the concerns we are facing are my problem and your problem—we are all in this together. I also admired how Rob always took time out of his busy schedule to discuss environmental concerns with younger generations because he knew that they were the key to the future of humankind. He has taught me to do the same with my students.

3. Fight for Your Beliefs.

Rob was a strong proponent for ocean conservation. He participated in protests and marched in demonstrations all over the world while educating the masses through his documentaries and fundraising campaigns. He made a lot of noise over the past decade and made sure that people listened. He taught me the importance of stepping out of the shadows, fighting for what I believe in and to stop at nothing until my voice is heard.

I believe that my true purpose in this life is to take the gift or talent that I’ve been given and to share it with the rest of humanity. From a young age, there was no doubt that Rob knew what his purpose was—to change our perspective about typically-feared underwater creatures, to educate us about the importance of preserving underwater life and to speak up for those who are unable to. He had the gift and talent of opening our eyes to the realities of the world in which we live, while also giving us strategies to overcome our problems. Rob taught me the importance of discovering what I am meant to do in this life and to persist in my endeavors until I succeed.

Throughout his short career, Rob stayed true to who he was. Although he frequently found himself in the spotlight, he never wavered when the cameras were on him—he remained his confident, yet truly humble self, who was appreciative of anyone who would give him the time of day to share his passions. He taught me to remain true to my nature, treat others with high regard (despite differing opinions), and maintain connections with people in the hopes of leaving a resounding impression.

Rob Stewart lived for ocean conversation and, sadly, he died for it too.

He knew the risks involved in his work, yet he was committed to being a true warrior for our planet. I feel so fortunate to have had the opportunity to be in his presence on several occasions and to be inspired by such a passionate, compassionate and down-right magnificent human being.

It is my personal goal to make certain that his message and legacy lives on through public awareness, fundraising events and educational programming for younger generations. He may be gone but he certainly will never be forgotten.

“There is simply no issue more important. Conservation is the preservation of human life on earth, and that, above all else, is worth fighting for.” ~ Rob Stewart, Sharkwater 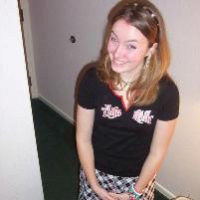