How Authority Lost its Mojo (& How to Earn it Back). 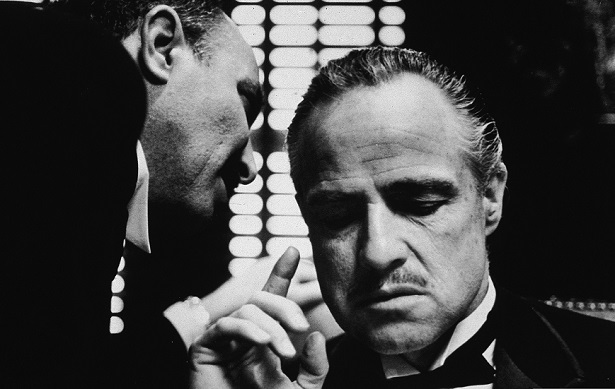 My daughter came home from school angry. Her Spanish teacher hadn’t logged in one of her homework assignments. Because of this, she complained, her grade was suffering.

She was in ninth grade. Old enough to take care of this on her own. I decided to stay out of it.

Correction: She made me stay out of it.

She came home from school the next day still frustrated.

“Did you talk to your teacher?” I asked.

“Yeah,” she replied. “He lost my assignment. But I know I turned it in.”

“No. I’m going to talk to him after school tomorrow.”

“Okaay,” I sang in my warning voice, “Be respectful!”

This went on for a week. Her stress level elevated. She lost sleep. It was hard to watch. But watch was all she let me do.

Finally, I said to her, “It’s just one assignment. Your grade won’t be that affected. Maybe you should let it go.”

“No,” she said, determination flaring in her eyes, “I’m going in again tomorrow.”

“I’m not afraid of him,” she shrugged. “I did the work. I deserve the grade.”

This is what I’ve learned about our younger generation: They are not intimidated by authority. They do not automatically take their words as golden or their decisions as final. Whether we are talking about medical, spiritual, political or corporate authority figures, this generation gives respect only when it’s earned.

I’ve been experiencing this shift in my own life as well. I’ve learned to stand up to doctors by requesting labs that are not required, but that I find helpful. I’ve calmly explained to them that I get calcium from spinach and not milk, but thanks for the handout on dairy. I jump through extra hoops to support my Hashimoto’s disease with the drug of my choice, not the one peddled like candy.

It feels powerful to step away from the robotic obedience and blind deference to authority that my generation—Generation X—and that of previous generations offered automatically. As I’ve gained power and confidence, I’ve watched power and influence slip through authority’s fingers.

Yes, authority has lost its mojo. But in order to see where it began, let’s take a few examples from history:

When sharing his discovery that the Earth revolved around the Sun, Galileo was imprisoned and convicted of heresy by religious authorities. It was another 300 years before his name was cleared and his discovery accepted. Authority has a habit of overstepping into authoritarianism.

In 1953, Dr. Clair Patterson, a geochemist, announced that the lead in automotive fuel was poisoning our environment, and us too. The Ethyl corporation allegedly offered him a deal to provide a better result. Patterson stuck to the truth. But he was ostracized by corporate authorities, whose ulterior motives were made monetarily clear.

More recently, let’s look at the measles crisis we faced in this country in 2015. The public quickly divided into anti-vaccine and pro-vaccine camps, a division which, interestingly enough, cut right down already established political fault lines.

Anti-vaxxers accused pro-vaxxers of not understanding all the risks. Pro-vaxxers accused anti-vaxxers of not believing in science. We accused each other of not loving our children (or other people’s children) enough. But regardless of party affiliation, all of us should and do care about preventing measles from coming back, and all of us should and do care about the Thimerosal (Mercury) used as a preservative in many vaccines. I, for one, wanted to believe the medical authorities and their reports showing that no ties existed between vaccines and autism. But how could we be sure that the results weren’t tainted, coerced, or bought? Absent a lab in our basement, uncertainty lingers.

Authority is the boy who cried wolf one too many times.

The rift between the public and authority is visible in other areas as well. Regarding spirituality and God, more and more people choose “none” as their religious affiliation, reflecting, perhaps, an opposition to organized, hierarchical religion.

In the corporate world, Millennials are often freelancing entrepreneurs, inventing their own definition of success rather than climbing the ladder toward the American Dream.

In other words, both spiritually and professionally, more and more of us (not just Millennials) are trusting our inner authority over any external authority.

Millennials have taken (and earned) some flack for this, as their behavior sometimes crosses over into disrespect and rudeness. Sometimes, their opposition to authority arises not from case-by-case thoughtful disagreements, but from flippant dismissals of anyone named “expert.”

Last year, when our nation’s newspapers overwhelmingly endorsed Hillary Clinton, and when authority figures spoke out against Trump, I wanted to beg them to kindly shut up. With each endorsement of Clinton or renouncement of Trump by authorities, I felt her chance of winning slip away. Allow me to hyperbolize: No one voted for Clinton because the Washington Post endorsed her.

And yet, even given my own push-back against and disappointment of the established authority, I know we will regret its absolute and outright rejection—if we aren’t already. With the Trump administration working at breakneck speed to crush objective truth and create its own reality, we will need expertise, experience and diligent efforts. I’m rooting for authority to make a Rocky-like comeback.

But it’s not a one-way street. Authority must come to the table in the spirit of arbitration. They must answer for their role in our damaged relationship. In that spirit, allow me to extend this open invitation:

You don’t need to be cool, or hip, or listen to popular music to gain back my respect. You don’t need to dress up or even comb your hair. In order to fix our relationship (and hopefully save us from ourselves!) we need you to show up as your best self: conscientious, informed, detailed, honest, and committed to working for the highest good, not the highest-paying good.

Go ahead, be you, wear bow ties or tortoise-shell glasses. We the people are willing to collaborate with you for the well-being of our families, our communities, our planet. Even our very existence.

We’ve got your back. Just make sure you’ve got ours.

By the way, my daughter did not let up until her Spanish teacher logged in her homework assignment—no points docked for tardiness.