How Floating helped me Reset my Brain. 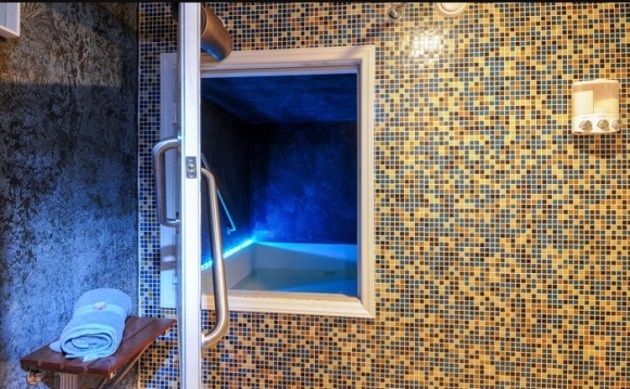 When was the last time you actively chose to remove yourself from every possible distraction?

No phone, no TV, no external stimuli of any kind.

Aside from sleep, we just don’t ever unplug. From the time we wake to the time we set the phone on the nightstand, we are constantly under siege from outside opinions and activity.

I had heard about floating from friends and Netflix’s Stranger Things, but never considered trying it until recently. I felt it might be helpful in my journey of self-awareness, so I did a little research, and found a place nearby.

Tucked away on Moreland Avenue, in the Atlanta neighborhood known as Little Five Points, is an unassuming building that you would hardly notice if you weren’t looking for it. It was here at Flo2s that I experienced my first sensory deprivation float and unplugged from everything for a blissful 90 unobstructed minutes. I wasn’t sure what to expect when I booked the appointment, I just knew that I wanted to experience something new and possibly expand the boundaries of my mind to new depths.

When I arrived at Flo2s, I was greeted by a bright-eyed, diminutive receptionist by the name of Evelyn. She had a large Om neck tattoo and several piercings, and exuded a genuine feeling of warmth and kindness. I felt comfortable at once.

She checked me in, confirmed that I had signed the health waiver, and brought me back to one of the tiled chamber rooms. It was actually two rooms—one room had a shower and changing area, and the other was the isolation chamber filled with water. She told me the owner had hand-built all the chamber rooms, and it had a certain artistic feel to it. Not perfect, but real.

The first thing I noticed when I was being led back were the giant epsom salt bags outside of my room. Evelyn told me that they put 22 bags into every tank of 10 to 12 inches of water. Aside from the tea tree oil perfuming the salon, I could smell the neutral fragrance of the salt, not unlike seawater.

Before I showered, I put in red, puddy-like ear plugs that would create a seal strong enough to block any water from entering my ear canals for the duration of the float. The chamber room felt warm, but Evelyn told me the water was heated only to 96 degrees, close to human body temperature, so as not to distract from feeling like you are floating in space. Once showered, I climbed into the watery chamber and closed the door.

It was completely dark and silent. I thought it would be like getting into a bath, but instead of sinking down to the bottom, I floated immediately, and the sensation was one I’d never experienced before. I was like a cork bobbing on the surface of the water, but once settled, I hardly moved at all.

It took a while to truly relax. My mind raced and I kept having random aches in my shoulders and neck. I couldn’t believe I was going to be there for a full hour and a half; the time ahead seemed daunting and I was apprehensive. After about 30 minutes though, I stopped fighting, focused on the inhalations and exhalations of my breath, and let my mind wander as it wished. I was fully awake, but it also felt like I was in a dream. Because there was no light or sound, my mind could completely take over and the visualizations I experienced were as rich and vivid as though I were dreaming.

The second half of the float was where I really started to relax. My mind was still very active, but now it was running at a much softer rhythm. Like watching a movie, I witnessed the thoughts come and go but felt no attachment to them. There were times when I felt completely disconnected from my body, like I was out in the ether, but then I would feel a ripple of water or I would touch the edge of the chamber wall and be brought back to Earth. The physical experience of the float was always changing.

When I heard the music come through the speakers signaling the end of the float, I was shocked. I couldn’t believe it had ended so quickly. I was a little disappointed—I felt that I was at the edge of a great precipice of realization and it had suddenly been pulled away.

I got up slowly, found my bearings, and opened the door to the shower room. The motion light came on and was so bright—I felt a little unsteady. The shower after the float, however, was amazing. My skin felt baby soft from the salt and the hot water was incredibly luxurious after sitting in room temperature water for so long.

I got dressed and left my room feeling still oddly out-of-body. I thanked Evelyn, and exited the building to a luminous warm sun shining down on me. I felt an elevated sense of calm, and everything felt like it was moving in slow motion.

I had just hit reset.

For the first time in my entire life, I had given my mind the opportunity to expand into nothingness with no agenda, no guided meditation, only focusing on my breath, and the thoughts that came and went. It was as if I had given myself a precious gift, and felt completely reborn.

Will I do it again? Absolutely. I feel as if I washed away years of stress and attachment. My mind feels pliable and alert. I also have a new perspective of myself and an awareness of the potential to go even deeper into my mind and achieve higher levels of consciousness.

The experience was like taking a peek into an ocean ravine, and seeing even more depths below. It’s an exciting reminder of how alive and limitless we truly are if given the chance to explore.

Image: With Permission from Flo2s 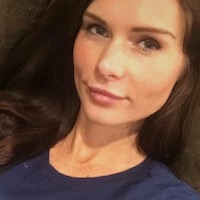