How to Listen to a Woman’s Body. {Adult}

My eyes fell slowly on his cock, and I was instantaneously struck by sensations in my body.

One sensation was a beautiful energy expanding across my pelvis and a quickening of my breath. The other reaction was a flash of fear—yes, fear.

This particular lover was a larger man, and we had not had sex before. It was a little daunting to be faced with the possibility that my body would struggle to accommodate him and that he wouldn’t be able to read my body, and plow ahead too quickly.

I was lucky that this new lover was skilled at reading my body—from my breath to my hip movement, the level of lubrication, and the little moans coming from my lips.

He made sure I was thoroughly ready for him to enter me, and he began slowly until my body gave him sure signs that we were comfortably joined together before beginning a deeper thrusting. We had a full session of sexing that was divine, and I was quickly whisked away into a state of overwhelming pleasure.

The above event could have had a different outcome if this lover had not taken the time to listen.

When women are penetrated before they are ready, the vagina will protect itself from what is perceived by the body as trauma. The vaginal canal will protect itself by numbing out and building a calloused barrier on the vaginal walls. The g-spot will shrink and either become painful to stimulation or numbed. The cervix, during sex, will move to accommodate her man as she becomes aroused. If the body is not prepared, it is very easy to plow right into her cervix, which, at this point in the sexing, would have the potential to cause severe pain.

It is important to begin to learn the signs of arousal in a woman and, more precisely, your woman. All women are going to have their own unique signals.

These are signs that will help in beginning to gauge your woman’s arousal:

Let’s begin with one of the most obvious signs of arousal in women—lubrication. The woman’s body will begin to excrete lubricant when she is ready to be penetrated. If you touch your woman’s pussy and it is dry, then it is likely she is not aroused enough for penetration. Occasionally, there can be medical issues that create a lack of lubrication, and this is more commonly seen in older women. However, as a general rule, I tell clients that if you need lubricants for vaginal penetration at the beginning of sex, then the women is not aroused enough and more foreplay needs to happen. Lubricants are great for things such as anal sex, or if you have been sexing for hours. Even then, it is important to pay attention to how naturally lubricated your woman is in the process.

This can be a fun one to notice in different partners. At times, you can see physical changes in your woman’s skin such as goosebumps that can extend to her arms, legs, stomach, and buttocks. Another noticeable skin change is flushing in the chest and face. As the woman’s heart rate increases, more blood flow will be present throughout the body, so you may feel more heat radiating from the skin in places such as the breasts, pussy, and upper legs.

When we are in a deep state of arousal, our breathing will naturally change and become more short and heavy. If your woman has been trained in tantric link breathing, she may have a deeper fuller breath, but you still will be able to notice slight changes in her breathing.

This one can be complicated. Currently we live in a world where so many women are shut down in various ways, and that includes verbalizing during sex. If the throat chakra is blocked, then she is going to have a hard time letting noise escape during sex or directly asking for what she wants. Thankfully, other women are perfectly comfortable allowing their voices to be heard so, again, pay attention to the nuances. When you begin to hear small gasps, moans, grunts—hell, even screams—then you know you are on the right track. Sometimes the verbalizations will become more breathy as she gets into a deeper state of arousal.

Side note: Women, don’t fake it! When you do this, you only confuse your guy and create distance in the sexual relationship. If you are not feeling it, have the guts to own that something isn’t working or that you may not be in a mental state to allow an orgasm. The worst thing you can do is to pretend.

These are great indicators of arousal, or when something isn’t working. There are a multitude of different body movements that can be watched, so this aspect is simply about being observant. An example of a positive body movement would be slight tremors in the hands, feet, belly, and chest that indicate orgasmic energy. If you see any bucking of hips, then this can indicate that the woman wants more. I know personally I become a wiggly mess during sex when I am truly turned on and allowing.

Some indications of things not working would be if your woman looks like a dead body and is simply lying there, if she is pulling away from you when you are trying to penetrate, or if her hips appear frozen. Another one that is often missed, is when women are slightly pushing away with their hands.

I was with a lover who wasn’t doing anything wrong, and I was indeed turned on, but I was feeling a bit uncertain about the positioning. He noticed that every time he thrust into me, my thighs would tense, so he brought it to my attention and asked if everything was all right. I hadn’t noticed that my legs were tensing, so we changed positions and moved on with a wonderful round of sexing. Observe what is happening and ask your partner if they need an adjustment.

Listen to your woman’s pussy. I know, it seems like common sense, but it’s often something that is overlooked. If you are noticing not only color and lubrication changes, but also your women’s vaginal canal expanding, then arousal is increasing. If your feel or see muscle ripples, then that is usually another sign that things are moving in the right direction. In orgasm, a woman’s pussy will internally feel like ocean waves as the ripples move down the vaginal canal.

Once you are engaged in sex, remain aware of her body and its responses and changes in response. Just because your woman was aroused and turned on at one point,  does not mean that she is going to stay that way and that you can disassociate into your own world of pleasure.

By tuning into your own body’s responses and hers, you will form a deeper state of connection and find your sexing moving deeper than you ever thought possible. 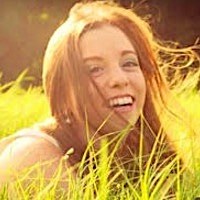