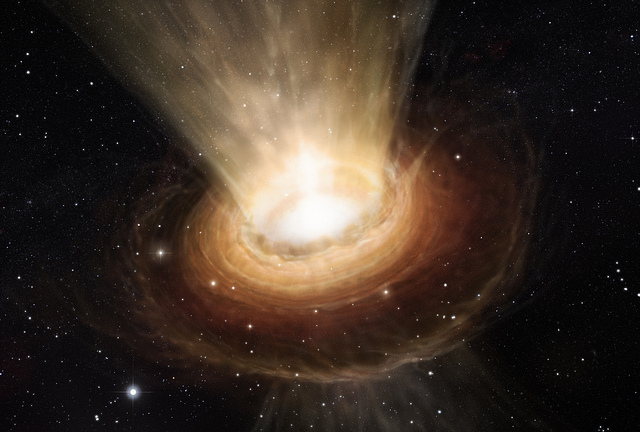 The first thing people want to do to help the world or create change is to rearrange or change the external world around them before they truly even know themselves. We have to consider how our relationship with ourselves often reduces the legitimacy of the change we will create (as it is unconsciously coming from a place of self-hatred).

Their own self-abusive, unconscious, monologue colors how they relate to themselves and others. Because they are disconnected from themselves and taught from early childhood a low sense of worthiness, they do not know how to relate to others without objectifying them.

In consequence, they are only able to perceive people from their limited, objectified understandings, rather than how they truly are. Unfortunately, this is somewhat of a cultural pandemic.

People generally hold one of four belief systems about who we are in relation to the world.

These beliefs are as follows:

1) We are the result of a creator and are here on purgatory or probation. If we behave correctly we will receive love eventually. If we do not behave, we will not receive love.

3) A mixture of the two above, essentially, some fundamental theist belief combined with scientific theory.

4) A mixture of the above with rainbows, fairy dust, and imagination layered on top.

The above perspectives yield a mechanistic worldview that leads to interpreting the world as a blind machine. To clarify, you’re here and you don’t matter, or you matter under certain conditions, or you’re supposed to be like God so that one day you can matter more and have powers. Is it a surprise we treat people poorly when we are operating from these premises?

Examples of these perspectives applied to disease and illness:

1) You have these problems, but if you just rely on these machines and take these magic white pills you will be corrected.

2) You have these problems because your heart chakra is not open.

3) You have these problems because your past life was (fill in blank) and you’re actually an Egyptian goddess or a South American warlord and this is the physical manifestation of your soul’s alignment with your destiny to become an ascended master.

4) You have these problems because you are a sinner and God is punishing you.

What if we considered that the reason you have this problem is because you fundamentally believe you are garbage and unworthy, and that you don’t deserve anything. You objectify yourself without realizing it and then allow others to tell you who you are and why you have the problems you have. In summary, we disempower ourselves through a lack of self-love and acceptance on a foundational level. Then, through this lack of self-love, we allow others to label or categorize our life experience and identity.

People are most commonly responding to one of these perspectives, but if this is our foundation, how great of a house can we build?

How can we begin to see through the objectification, which is so subtly layered into our psyches and minds, on a mass cultural level? Perhaps we could begin by being honestly curious about discovering the true nature of ourselves and others.

We can use this example of a lemon tree to better understand this:

You’re a lemon tree. Who are you? What do you like? What is your nature? What environment does a lemon tree grow and thrive in? This example can be applied to yourself in developing self-understanding.

This is honestly figuring out what something is like from a place of curiosity, which comes from a deeper foundational sense of inner connectivity and reverence for the true nature of things.

Our culture says, “F*ck you lemon tree. All I know is when I was six I use to love lemonade.”

This grossly ignores the authentic nature of the things. When we try to move forward while ignoring the fundamental nature of things, we end up in disharmony. Then we call different doctors, and people to fix us, while ignoring the fundamental root issue. In other words, our culture was extremely confused while laying the foundation of its house. We continue to layer on more complicated ideas on how to fix the shaky foundation, while only building a taller house of confusion and creating a bigger mess.

What is missing is that none of this information is helpful in an action-oriented sense. It takes people away from a tangible, physical thing that they can do now, and gives power to an external thing. It is a trance state which disempowers the individual from making changes through discovering their own true nature, and allows for the ideas of others to objectify the world, people, and things for them.

Instead, maybe we could move to what is happening in our experience right now.

Consider this: What is happening in my life in the present moment? Answer without paying attention to things which are not truly tangible.

Generally, through shifting this focus of perspective from intangible to tangible this muscle can be strengthened and visible growth can take place at a foundational level.

How do we obtain this objectification from an early age? Many of us have grown up watching parents brag about their kids. “Joey played varsity. Anne is Valedictorian and going to Harvard. Paul earned first chair in violin.” Parents begin to brag and compete with others over their kids and achievements, which objectifies their own children. This affects the psyche of the children from an early age, helping them to believe that they are only an object who is only worthy if they fulfill X, Y, and Z.

We can see similar competitive mechanics in spiritual events where people brag about their guru, lineage, spiritual experience, being the most authentic or most pure, resulting in the objectification of things which transcend objectification.

An example of this is my own YouTube channel.

I make a video and put out content. People respond by saying they don’t like the idea, or me. I ask them why? They then precede to communicate that they are upset about things I didn’t say, didn’t imply, and are completely opposite of the things I was trying get to. An equivalent to this situation is that the viewer says they liked the idea I was presenting or me. Yet when I ask what they liked, it isn’t what I said or what I meant, nor who I really am.

My point: People are projecting their own interpretive realities onto other people, hearing what they want to hear, and objectifying people and ideas into what they want them be.

How can I care what people think when 99 percent of the time it is a response to their own projections? How often are we hearing what they are saying without making it into the trance we want to live in?

We can get mad at society and how corrupt the world is, but if we are operating from the above paradigms of self-hatred and projection of objectification, how much better do we expect society to be? Do we not expect it to reflect our own self-hatred, ignorance, and lack of awareness or connectivity?

Hopefully, through consideration of these ideas there could be a deeper sense of personal commitment to explore the foundation of our beliefs and to become more curious about who we are, without the perceptual limitations of objectification, which also blurs our interpretative lenses in seeing people for who they are.