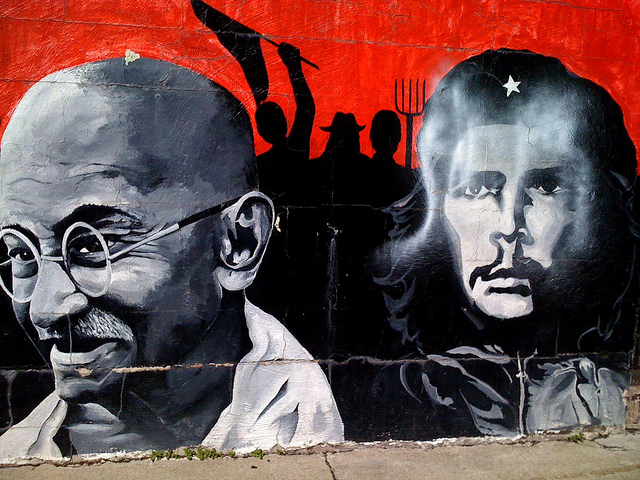 I spent four months this past summer and fall on a road trip promoting my book, Active Peace: A Mindful Path to a Nonviolent World. A big part of my message was that the belief in separateness—that we as humans are separate from each other, from the earth, from other species, and from our spiritual essence as human beings—is the root cause of our collective crisis.

This is where the insanity begins; in healing that deep wound, it will come to an end.

While I was making the rounds with peace and justice groups, churches, and some indie bookstores, candidate Trump was playing this insanity out in unabashed fashion, helping to prove my point. And then, as if to really drive home the depth of our predicament, he got elected!

I care about all this because, well, I happen to think life is pretty awesome. And life as we know it is exactly what’s at stake. I also spent 15 years as a professional activist asking myself what the root cause of our problems was, and I never got an answer. So when the answer finally came to me, I knew I needed to pay attention to that.

So now that the craziness and violence rooted in the belief in separateness is in full view, I want to be clear with myself about how I’ll respond and how I’ll make my activism count:

1. Focus unwaveringly on the belief in separateness—and the violence that arises from it—as the core issue.

2. Focus equally unwaveringly on the kind of action that can heal the belief in separateness in myself and others. This means consistent nonviolence—action that keeps it human by acknowledging the interrelatedness and basic dignity of all people, including those who offend me the most. It means leading by example.

I want to remember that the whole point of nonviolent activism is getting to dialogue and good faith negotiation with the opponent. If I’ve already made up my mind that he or she is irredeemable, if my protest pivots around proclamations of distrust, expressions of anger, and/or tactics based on shaming, then my thinking and actions are, from the very get-go, not nonviolent and won’t help to heal the belief in separateness.

3. I want to know and feel with my whole being what really does the work of political change, of social change. From the perspective of nonviolence, the transformational energy that does the work is ultimately spiritual. It’s the work of the Divine, of God, of the Great Intelligence, of consciousness itself operating on the collective level. The words used to describe this energy aren’t important—what’s important is the feeling of it.

This is the naked core of nonviolence. If I understand it and feel the truth of it, I have a chance of being a nonviolent activist. Fail to understand and feel it, and I don’t. It’s that simple.

Gandhi, Martin Luther King, Jr., and Thomas Merton all understood the dynamics of nonviolent change in this way. For example, the spiritual essence and humanizing effect of nonviolence are expressed throughout King’s Six Principles of Nonviolence and his Six Steps of Nonviolent Social Change. This is why, in King’s view, the end result of nonviolence is redemption and reconciliation, and why nonviolence chooses love over hate and calls forth the good in the opponent. It’s why consistent means and ends are crucial.

It’s clear to me that I’m unlikely to contribute the healing energy—the peace, love, and compassion—the world needs if I’m stuck in a small, limited sense of self. I need to discover the deep source of inner freedom, courage, and moral authority that has always given nonviolence its transformational power.

To be have this activism be the most effective in practice, the main thing is staying conscious of the three points outlined above. These make it clear that the energy we put into the mix matters; our intentions matter. In staying connected to our hearts, we can hold people accountable for the harm they cause without dehumanizing them or making them “other.” We can also prioritize relationships, even those that are challenging. There is trust and non-attachment that come from this style of activism (so different from the way I showed up in my days as a professional campaigner).

Is all of this relevant in the Trump era? You bet it is—practice opportunities abound! Fortunately, it’s not about being perfect, it’s about doing our best to make our activism count by focusing on the root cause. No matter what we find ourselves doing, we can bring the energy of nonviolence to it.

We are all together in this collective rite of passage, all inherently worthy of the boon that awaits on the other side. We are all worthy of this life. A nonviolent world is an outgrowth of maturity, an essential and obvious aspect of our evolution as a species. What more worthy task could we possibly imagine? 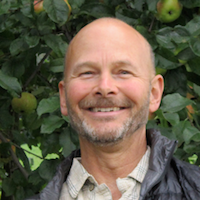