Why Injuring my Wrist helped my Yoga Practice. 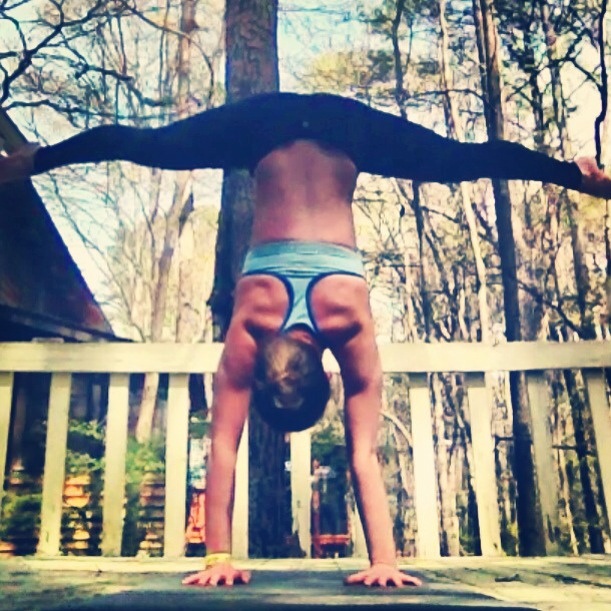 I’ve been a die-hard yogi since I was 12 years old, and last year, the worst thing that could happen to a yogi did. 1

I injured my wrist, the overlooked little joint that makes the entire yoga practice possible.

It wasn’t a sudden and dramatic break in the middle of a handstand, but more like gradual overuse through chaturangas, inversions, wheels and other poses that were pushing my ligaments to the limit. Those little, daily stresses are the ones that take a toll on our bodies most.

The more I tried to work through the poses to strengthen my wrists, the weaker they became. The pain shot up my fingers and I was unable to even hold my phone without a sharp ache. I did everything the magazines suggested: I tried practicing chaturanga push-ups on my fists, upward dogs on the tips of my fingers and every type of wrist stretch imaginable, but everything just made it worse. I had to break up with my true love, Vinyasa yoga.

But then, something great happened. I began trying new things.

The fitness classes I used to walk by, thinking, “Oh god, who would subject themselves to that type of misery at 9 a.m.,” became my morning call. The dumbbells I shied away from became my friends. I realized how much weakness I had in certain places of my body that yoga didn’t strengthen, like outer glutes and lats. I started actual work-outs and joined bootcamps, and instead of being petrified or judgmental, I loved them. My body now craves that level of intensity I was searching for in yoga.

Today, I finally returned to one of my challenging level three power-vinyasa classes where everyone is upside down the whole time.

Instead of trying to keep up with inversions, I stayed on my feet. I remained in my chair while others went into flying pigeon pose. I resisted the urge to jump back into a chaturanga with the rest of the class. I allowed myself to go slow and skip a lot of the parts because that was the yoga I needed: slow, subtle, soft.

Normally, I feel bad when I don’t follow what the teacher signals, but I realized that the point of my practice isn’t to impress anyone else or hit the check marks on a bunch of poses. It is about me.

At the end of the class, the teacher said something that struck a chord with me, even though she had no idea about my injury. She said, “If you ever have an injury in yoga, that means your ego was in your practice. When you push your body’s limits to get into a pose, you aren’t really listening to yourself. When you practice yoga without the ego, you cannot get injured because you know exactly what you need.”

I realized that when I had previously been practicing yoga, my ego was totally involved. I was pushing my limits (and ligaments) trying to turn yoga into a workout, which it is not. Yoga is an internal practice. Asana, the physical component, is just a tool to help you get there.

Finally, I was able to realize that there is a time and place for sweating, quivering muscles and increasing your heart rate. That place is not your mat, it’s at fitness classes—which can also be a totally spiritual experience. I often call upon Durga, the warrior goddess, when I’m trying to get through a challenging practice, and I feel her strength upon me.

Yoga, however, is a time to go within. It’s moving and listening to your body so you can finally hear the subtle whispers of your soul. And when we ignore our body’s call for the sake of perfecting a posture, we will get hurt.

This applies to everything in life. If we try to do something to prove it to others, we are the ones who are going to suffer. The hardest part of yoga is resisting the more difficult variation. The more we check in, the deeper we can truly go. It took a wrist injury and a year off my mat to finally find my true, ego-less yoga practice. 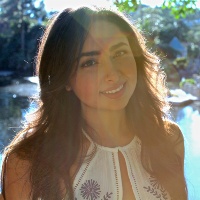