Wise Words about Death for Anyone who knows they’re Going to Die. 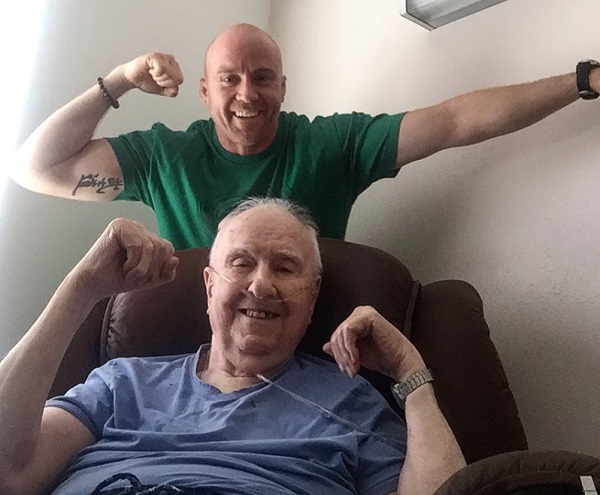 Richard looked like he was either going to die this week, or live for another 10 years.

Every Monday, my stomach did backflips as I pushed open the double doors separating my outside world of sunshine from Richard’s nursing-home world of despair. His was too often the place where the forgotten came to die.

“I’m 93 years old, you know, kid,” was his standard opener to our conversations. Since Richard’s attention span was less agile than his sense of humor, he’d regularly drift off mid-sentence while telling me how the real heroes of WWII were the guys who landed at Normandy two days before he did. I liked that he called me “kid,” despite the 40th birthday I’d just celebrated.

“I’m 93, you know, kid, and I feel God has forgotten me. I just want to go to heaven, if that’s where I’m headed. My wife has been there for four years. You think she’s found someone else? Why do you think I’m still here suffering like this? I’m 93, you know.”

These were the conversations I had with Richard during my first few months as a hospice volunteer. My life before that, as a fitness trainer and acupuncturist, had left me woefully unprepared to properly answer Richard’s questions about death, suffering, and his wife. All I could do was breathe, smile, and listen.

Death—and my lack of understanding of it—scared me, too.

Fear of death is something most of us don’t talk about around the dinner table. It’s not in the public conversation. It should be, though.

And if you’re reading this, that means you, too.

Ninety days into my hospice journey with Richard, I had to leave the country for a three-month obligation. By that point, half of my assigned patients had passed on and I was hesitant to leave him. After a big hug, Richard told me he hoped I’d never see him again, that when I returned he’d be “walking down the rambling road.” I smiled, heartbroken, and left.

In my absence, Richard’s health deteriorated. I received emails with news of his emergency room visits and close calls. Each time, I’d say a little prayer that Richard’s plea would be answered. For the first time in my life, I wished death upon someone and truly meant it. Not because they’d cut me off in traffic or broken up with me, but out of compassion.

Even so, I was conflicted. I loved my friend. But my friend was suffering, and death was the doorway he could walk through to lasting relief. Still, I found myself feeling guilty for my thoughts.

What right did I have to hope for something so absolute, so unknown?

What if he wasn’t going to find his wife waiting?

What if where he was headed was more painful than here?

I mean, aren’t we supposed to be afraid of death?

As if he too were caught up in similar prayers and confusion, Richard continued to teeter at the brink and then recover.

Fast forward three months and my hands pushed open the same set of cold double doors welcoming me back to the nursing home. Neither the view nor the smell had changed, and my stomach turned.

My hospice volunteering experience was one rife with gifts, but none as transformative as what was about to happen.

Richard picked his head up slightly when he saw me and cried out, “Traver!”

Despite his mental acuity, by the time I made the three-step walk from his door to his bed, I could tell Richard was in a bad way. No longer did he look like he had another 10 years in him. I wasn’t sure he had another 10 minutes.

The conflict I had about Richard’s place in the universe instantly resolved.

Without a moment’s hesitation, I put my hand on his shoulder and looked him square in the eye. What came next was like being in a trance, it was as if my heart fell open and the words just tumbled out.

“Richard, I have something to tell you,” I said. “I have good news.”

His eyes widened and the corners of his mouth turned up in anticipation.

“Brother, you made it,” I told him. “I don’t think you’re going to make another month, my friend. You did it. The rambling road is calling.” These words, that in another context might have seemed cruel, were the kindest and truest thing I could say.

Richard closed his eyes, let out a long sigh, and smiled the contented smile of a man who knows he’s finally going home.

My own eyes closed as a calm understanding wound its way through my body. Time paused and the incessant cries and chimes of the nursing home ceased. I now knew what Richard knew. What we all know in our quietest moments.

Death isn’t to be feared, but rather celebrated and even looked forward to. It is simply the page turning from one chapter to the next, not an ending to the story. Death is coming no matter how wild, crazy, and fearlessly we decide to live, and therefore we have the go-ahead to do just that.

Someday, we’re all going to find ourselves skipping down the same rambling road my friend Richard finally did a few weeks later. Until then, we have his permission to play full-out, to love fiercely, and to unapologetically chase the wildest of our dreams. 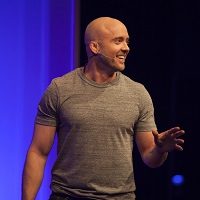