A Surefire Way to invite High Quality People into our Lives. 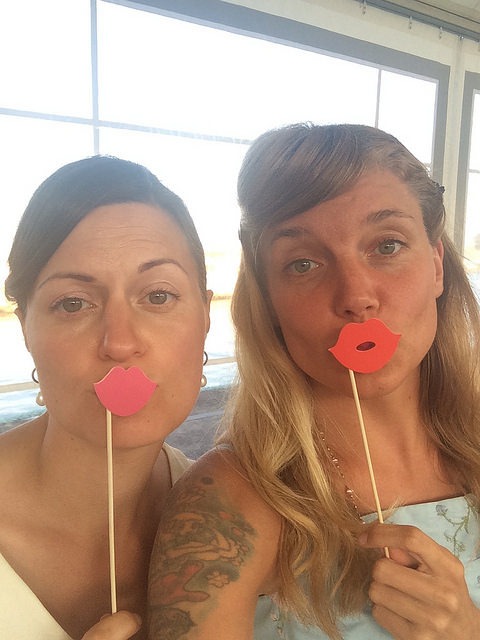 When I was a little girl and my two siblings and I got fresh, my mother would often say to us, “You will not speak to me in that tone of voice.”

Both she and my father called us out when we were rude or disrespectful. They made sure we knew it was not okay to raise our voices to them or to talk back. They talked to us about the sacredness of family, and how important it was that we always have each other’s backs and be loyal and kind to one another.

We learned through both of my parents to treat them and each other with respect and love. And when we didn’t, there were consequences.

Whether it was being grounded, having something we valued taken away for a few days, or a stern talking-to by my father, we learned through their example and how they allowed others to treat them.

Why don’t we do this with other people in our lives?

How many of us allow people we care about to treat us in ways we would never accept from a stranger or casual acquaintance? How many of us repeatedly excuse other people’s bad behavior with justifications, giving them chance after chance to show up differently, telling ourselves that they just don’t know any better, they were angry, or that we somehow deserved it?

We need to raise the bar on our expectations of other people.

The truth is, most of us are not that much different than children. We see how much we can get away with before anyone does anything about it.

We lash out at our significant other. We don’t follow through on what we say we’re going to do for friends. We blow people off, don’t return phone calls or text messages, or respond to another person’s request to talk because we just “don’t want to deal.”

We act insensitively or selfishly toward someone who is always there for us, and then tell that person we’re sorry time and time again.

You know why? Because the other person is allowing it. And so they think it’s okay, because there aren’t any real consequences to their actions. They know if they f*ck up again, we’re still going to be right there.

Maybe we’ll get pissed off and have another nasty fight. If we’re friends or married, maybe we won’t talk to each other for a few days before going back to the way it was. If we’re in a relationship, maybe we’ll break up before inevitably getting back together.

But then, you know what most of us do? We sweep it under the rug and keep our fingers crossed that this is the last time. Except, we’ve just taught that person how to treat us, so it will happen again.

We allow people to do this to us.

I have a client who recently called to talk to me about a guy she just allowed back into her life after cutting off contact with him for the seventh time.

This is how the story goes:

They break up because he’s emotionally unavailable, selfish, and has a propensity for chasing other women when he’s with her. After some time goes by, the games begin. He texts her about how much he misses her. He sends her cute memes on Instagram.

She ignores him, but he doesn’t give up because he knows if he just keeps up the charm long enough, she’s eventually going to cave and respond. She always does, and he counts on history repeating itself.

Once he gets back into her good graces, he starts the cycle again. One foot in, one foot out. All in with her one minute, completely distant and aloof the next. Soon she starts stalking his social media pages (remember, this is just history repeating itself) and notices him chatting up other girls. She catches him texting other women when he thinks she’s not paying attention.

They fight constantly. He convinces her that she’s jealous, possessive, and crazy.  She flips out and tells him that it’s over and to never call her again. She then goes through the whole ritual of un-friending him on Facebook, unfollowing him on Instagram and blocking his number.

And even after all this effort, he somehow makes his way back through her door. Every single time. She’s taught him how to treat her. By not following through with the consequences of his actions and behavior (you will not be allowed in my life anymore), he’s learned that it’s perfectly acceptable to behave in this way.

So this is what I’m inviting all of us to do: Teach people to do better.

Yes, give them a second chance to show up differently, and accept their apology. We all make mistakes; forgiveness is a necessary thing.

But I’m a former softball player, and for me, it’s three strikes and you’re out. By the third time, there had better be some consequences and real boundaries put into place, or we’re in for a lifetime of pain and suffering.

Unfortunately we sometimes have to go through this kind of pain to say, “enough is enough.”

So, the teaching is on us.

I can’t tolerate people who can’t show up for me. I refuse to be disrespected or have my boundaries repeatedly crossed by another person. And because of that, I have high quality people in my life. But it’s been a rocky road getting there. I’ve been hurt, betrayed, used, and disrespected by people I trusted and truly loved.

We teach by communicating what is acceptable to us and what is not. We teach by holding other people up to the same standards we hold ourselves. We teach by modeling for others how we want to be treated. And if they can’t model back what we give to them, we need to think long and hard about whether this is someone we want in our lives.