Four Steps to Getting Better at Reading People from a Pro. 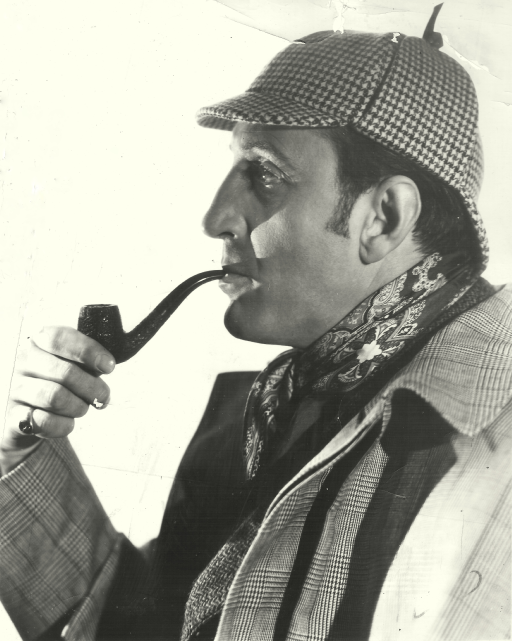 Sherlock Holmes read people to solve crimes. The point of us reading people is for greater intimacy, getting to know ourselves and entertainment.

I find reading people to be the most fun we can have with our clothes on—which is why I have degrees in psychology and philosophy, am a master practitioner of Neuro Linguistic Programming, trained in Other Than Conscious Communication, linguistics and have led courses in such subjects for 35 years.

I’d like to offer you a short course in reading people. It will be a shortcut to intimacy, connectedness, communication and the facilitation of dynamic business and romantic relationships.

Here are the four steps I suggest for you to quickly become good at reading people.

Step 1: Invite someone to play.

“I read that,” I said, indicating a scholarly abstract on stem cells in front of my seat mate on a flight from San Francisco to Atlanta.

“You have?” he said, incredulously.

We both laughed, and the game of getting to know each other, having an entertaining flight and possibly finding a new friend was on.

When we were little kids, we invited a friend to play with us. As adults, we can do the same thing. That is exactly what I did to the fellow sitting next to me. I made a statement that had him take notice of me. A comment about the weather would not have done the same thing, nor would saying something about the flight delay.

As an adult, inviting someone out to play is offering them a stimulus: a comment, experience or moment that coaxes them out of their normal social dance. That is when the fun begins.

There is an art to this, and it takes some practice. It lets people know that you are both interested and interesting, that you are paying attention and someone worth knowing.

The fellow on the plane was a live wire. Not every interaction will go as well as ours did, resulting in strolling together through the airport like old friends, and an ongoing relationship after the flight. But inviting someone to play is always fun, daring and enlightening.

Don’t be thinking of what you are going to say next when they are speaking. Listen to them; let their words roll over you and imagine that there is going to be a test after they speak about both what they said and what they meant.

The highest form of flattery is to be influenced by another. Make certain that you are. Relax into the spaces between when they speak and when you do, also. Don’t let those spaces scare you. This isn’t a quiz show, and there is no need to respond. Let their words echo through you before you speak. In other words, “get them fully.”

My seat mate was explaining how he is learning Spanish by studying irregular infinitives. He pulled up a diagram of these infinitives on his laptop and ran through a litany of them. I listened intently, drinking in his words, but even more importantly appreciating how excited he was about what he was sharing.

When he was done, I sat with all that he had said and then spoke, “It appears to me that you have come up with a totally original way to learn Spanish that makes it really fun for you.”

“Exactly,” he said, even more excited.

I didn’t need to understand everything he was saying, but I listened to all of it. I needed to discover more about who and what was important to him.

None of us has the right to judge another, but we do it anyway. And when we do, we generalize broadly pronouncing ourselves as judge and jury.

Instead of judging, we can make distinctions. We can notice little things about someone while we are speaking with them: how they tilt their head, when their voice rises as they are making a point, or where their attention is focused.

These little observations offer puzzle pieces that we can put together as we get to know someone. They aren’t the least bit prejudicial and result in us being curious about the person we are reading.

The attention of my seat mate tended to focus outward. He was flattered when the flight attendants called him by name, and he was continually showing off. Many people who show off aren’t really good at anything: This guy was brilliant, funny and fun—but he still felt the need to show off.

By the time we landed and were waiting together at baggage claim, we were close enough that he didn’t need to prove himself to me anymore. We stood like buddies. Even on the plane, the young woman to the right of us said, “I thought that you two were old friends.”

Yes, we felt like pals, which made the five-hour flight seem shorter, and we had the time of our lives. We were getting to know each other without judging.

Step 4: Bring out your queen early.

In chess, it is dangerous to bring your queen out early, because she may get taken by a lesser piece, placing you at a deficit. But in conversation, it is a mistake not to set the tone by talking about what is important to you.

When we speak of important things, we make the connection between us important. We offer intimacy before we have earned it, and that is the essence of social daring.

As we talked about what he did for a living, he mentioned that he was a doctor, a professor and on a national panel for his medical specialty. He was reading about stem cells because his uncle asked him to.

“Tell me about your uncle,” I said. I had no business asking about his uncle, but I did anyway because I sensed that there was a story there. It turned out that his uncle played professional baseball in the major leagues for 24 years. To this day, long after his career is over, he still holds numerous baseball records.

“Can I meet him?” I blurted out unable to contain myself. “Of course,” my new friend replied.

In that moment, I was rewarded for the few times that I have reached out to strangers and gotten nothing back. I get to meet a legend.

The point of reading people isn’t to find out about their facade, but about who they really are. It is the opportunity for them, and you, to discover things about each other that neither of you knew, to bring you much closer to each other—intimate even.

These four steps will assist you in reading people and make everywhere you are, and whoever you are with, a bit brighter, lighter and more fun.