Paying for Sex: Experiences on a Cyber Arrangement Site. {Adult} 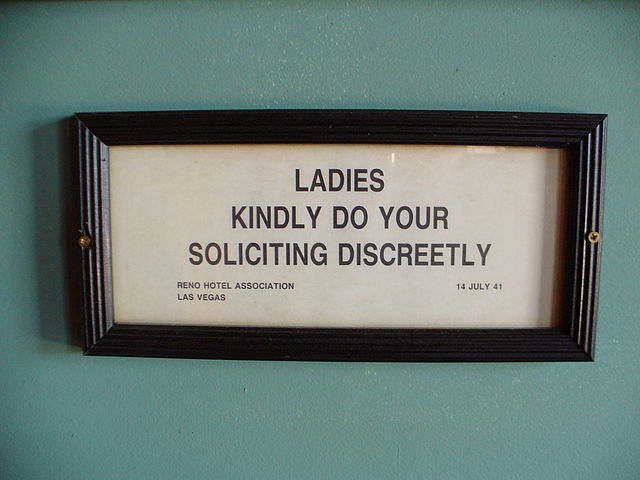 My first “date” on an “arrangement site” was on a friend’s account before I signed up.

Let’s admit right up front that a whole lot of the fun of dating is the adrenaline prior to the first meeting—the initial wet kiss, sex, or rejection. So, I was pretty high when I met “Mary” for the first time, but the short, loud dress she wore which revealed a life-sized tattoo of Harriet Tubman, Susan B. Anthony, or her mother on her upper thigh had me sobering up quickly.

They say we have a fight or flight response. Well, this was flight: I’m not shy, but still think I could have set some Olympic record with the right tennis shoes and my desire to be anywhere else. I’m glad I didn’t run.

She turned out to be nice enough, just not for me.

The first thing to remember, should you find yourself on either side of a sugar baby/sugar daddy site, is that the lower your expectations, the less likely you are to break your neck (or heart) when you fall.

I’ll admit it: I like meeting strange strangers and considering the possibility of going home with them just about as much as I like visiting a foreign land, discovering how the currency works, which side of the road to drive on, and whether the journey is worth the effort.

So, I signed up for the arrangement site with zeal. In the first 24 hours, I emailed 23 women, most of them less than half my age—nine of them wrote back to me quickly. I wrote funny stuff to them, sent no dick pics, and made sure to ask a question or two in each message that would be easy to answer.

They say that it is the oldest profession. And I suspect that long before there was money, people were trading coconuts, beef jerky, or spear heads for a quick f*ck.

Paying for sex hasn’t evolved much, though now it’s done on the internet instead of in a cave, under a tree, in a brothel, or behind the barn.

The main website for such activities proposes an arrangement between younger women (sugar babies) and older men (sugar daddies). The idea is that the woman can make some money by offering occasional company to an older man.

Legally, this appears to be legit in that it isn’t officially for sexual purposes. Though it obviously is. But a cop trolling the site would get found out after an email or two and long before any talk of sex or money occurred. This isn’t a woman on the street with a fellow pulling up in his car. It’s people from the comfort of their home exploring possibilities in a land where the divorce rate is in excess of 50 percent and relationship is in free-fall.

Women don’t pay anything to be on the site; men pay 65 dollars a month. Though that isn’t a lot of money, it does mean that the women aren’t in a hurry, and the men are paying for the luxury of sticking their necks out: something us guys normally do for free.

My objective from the start was to subscribe for only one month, so I wrote back quickly to all nine women and continued to write new emails to others.

In that month, I had three meetings with women, the rest turned to to be various flavors of unavailable or disinteresting.

The first woman I met didn’t look much like her picture. She was older and edgier, but still attractive and very smart. Had I written a review of the site after meeting her it would have been wildly positive. We had a great time together. She wasn’t shy, couldn’t wait for a second meeting, and we spoke about money for sex right up front.

I was excited as I headed out of town the next day for a five-day biking trip. I thought I had found the answer to effortless casual sex. Little did I know that I would never see her again. As I prepared for my trip, I received an email from her revealing her breasts, flat belly and the waist of her jeans in a prone position. That is the last I heard of her until about nine months later when I received an apologetic email. “You are so nice, and I am an asshole,” it said. It went on to explain her frantic financial straights that had forced her to move out of town, and she was sorry we didn’t get more time together.

The second woman visited me at my home but not right away. We exchanged several emails, and I exhibited uncharacteristic patience. Our first get-together was on a warm day, and I could tell that she was playful. We dipped together in the pond, me in boxers and her naked. After that, we had lunch with her in only a long, white t-shirt. I’m sufficiently old-fashioned in that I wanted to get to know her before we had sex, but I was both hot and thrilled.

On our third date, we hadn’t talked about money yet, but it turned out she was inclined to give free samples. We had sex twice in one afternoon. It was good fun for both of us and led to an offer from me of 1,000 dollars a month, in spite of her expressed confidence in Trump as president.

She countered with 1,385 dollars a month and specifics on how much time we would spend together on the four times we would get together. I quickly did the math and realized that I would be paying an unemployed Trump supporter 89 dollars an hour for sex/companionship.

I could have handled the sex in less than five minutes, and I was pretty sure I didn’t want the companionship. Our attempts at negotiations broke down quickly, revealing that she had quite a temper.

The third woman also spoke kindly of Trump. She has become more of a friend, revealing to me that it may not be sex that I am after but the playful, energetic company of youth. She is fun and funny. I paid her for one month but only used her services twice. We remain in contact via text and email, corresponding much as an older, perhaps wiser, man and a younger, enthusiastic woman.

I had a great time on the site. My 65 dollars were well-spent. But emailing and speaking with several dozen women revealed that the site isn’t working well. Only one of the women I spoke with had experienced a successful arrangement. She found a much older man who paid her for oral sex four times a month. They became friends, and their arrangement terminated after six months when he experienced guilt over cheating on his elderly, sickly wife.

The biggest blessing in the month of play was checking email and corresponding with so many women, but it was time-consuming. The biggest disappointment was that though the site appears to be about the business of relating once you have kissed or had sex, it doesn’t remain business—if it ever was.

I won’t be on the site again, though the idea of it still tickles me, as does the idea of paying a certain, set amount for sex with someone I like but don’t want a long-term romantic relationship with. The idea of having someone I enjoy to cuddle and play with, while having no strings attached, may not be possible, but I still like to think it is.