She was Meant for More than Normal. 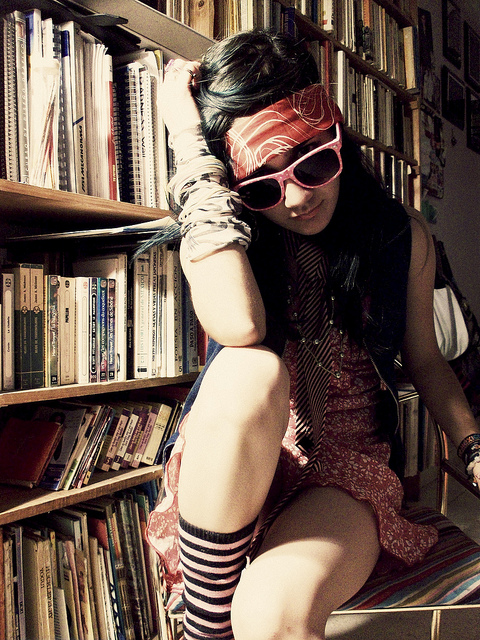 “She was the most beautiful, complicated thing I’d ever seen. A tangled mess of silky string, and all I wanted of life, was to sit down cross-legged and untie her knots.” ~ Atticus

She was meant for more than just normal.

She was tired of tasting the bland complacency where she followed the rules and drank the life that everyone said should satisfy her. Nothing about her was every day. She couldn’t pretend that mediocrity would ever satisfy the fire in her soul.

A fire burned inside of her with passion for what she believed in.

She was meant for more and didn’t settle for less.

This woman, this goddess of sensuality and love, had been caged. Her wings were not clipped but bound. She felt cornered, her spirit dying within. No one saw that she was fading from this world and into another entirely.

No one heard her, even when she was screaming.

No one came to rescue her or showed her which way to go, and there certainly wasn’t a prince on a white horse ready to rescue her from every pain that overflowed her eyes with salty tears.

No, this woman learned how to save herself.

Through tornados of chaos and the brutal lessons of learning who she truly was, apart from the person who everyone expected her to be, she slowly bloomed. Not in vibrant color because she never had the desire to be the center of attention, but she began to grow into the woman she was meant to be, like the jasmine under the full moon—soft, pure and full of life.

When she wondered how she could keep going, a rumble of truth softly whispered to her: You were meant for more.

So she decided to keep going. She chose to have more and be more. She fell so in love with her life that she wouldn’t settle for anything less than spectacular. There was no more space for the in-between moments of regularity because if it didn’t feed her soul, she no longer had use for it.

Suddenly, it was easy for her to say no to anything that wasn’t connected to her heart.

She was meant for more than just normal.

She was here to shake, rattle, and bring the world to its knees. She was here to help others fall in love with their lives, to live as big and beautifully as possible. She no longer felt the aching inside of her that came from settling because now she was fully living.

She was living for this moment and for any future blessings. She didn’t seek answers but rather deliciously tasted the questions, and savored the experience of not being anxious about the next step.

She was too in love with the present moment to worry about the future.

She was meant for life’s fireworks, passion, and the moments that took her breath away, and remind her why she breathed. Life was worth it because of these sparks. When she finally saw the bigger picture, her pain, tribulations, and separations all became clear.

She realized that she was meant for more.

Her life was not one-size-fits-all, yet there was a consistent fluidity from living the life she knew she was meant to—everyone else thought she’d lost her mind. They didn’t understand how she danced without music, or how her glorious smile shone like the rising sun. They simply couldn’t comprehend how living so freely was anything but reckless.

Yet she knew all along that if she wanted to find more, she would have to give up pleasing everyone.

She had to break free, let down, let go, and find her own crazy way through the brambles and darkness. She knew that as long as she stayed true to herself, she would get there.

This woman was simply meant for more.

She wanted more than just normal and the bitter aftertaste of a half-lived life.

She wanted to sit cross-legged with her coffee steaming, and remember her miraculously answered prayers. She wanted to walk barefoot through muddy, rain-drenched grass, holding someone’s hand.

Not someone who was unsteady or selfish but who acted from his highest self for the greater good.

She found a man who made her knees weak and her heart strong—he knew exactly what to do with a woman like her. He showed her that she hadn’t been crazy all along, as they lost track of time with quiet nights in front of a fire or days when their laughter shined more brilliant than the sun.

She never went the wrong direction because she knew all along that there was more. She was beckoned, as if the North Star guided her toward the life she was meant to have.

She found someone else who was meant for more too, and they finally found it—in one another.

“Fall in love with the person who enjoys your madness. Not an idiot who forces you to be normal.” ~ Unknown