The 5 Most Poisonous Foods our Dogs must Avoid. 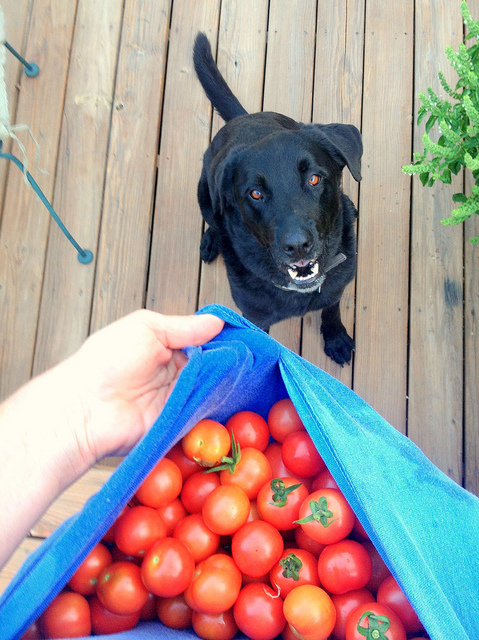 Dogs are quite fond of picking up things they aren’t supposed to be eating—especially puppies.

Any pet parent can attest to this. I know my little guy is always getting into something he’s not supposed to!

This is due to their heightened sense of smell, coupled with their curious nature to discover the world around them. Unfortunately, this can lead to some potentially poisonous decisions on our puppy’s part. Some can even be fatal. Sadly, this is not just a puppy-habit. Dogs of all ages can still encounter toxic foods that can cause serious health issues.

Here are the top five poisonous foods our dogs must avoid:

Grapes and raisins may be recommended as healthy treats for humans, but never for dogs. Even the tiniest amounts of grapes or raisins have toxin levels that could prove fatal for our canine companions.

Recently, veterinarians made a discovery which found that grapes, raisins, and all of the Vitis species can be responsible for acute kidney failure in dogs. Whether this really is a new problem, or if it was discovered after the development of the computerized animal toxicity database (about three decades ago), is not quite clear.

Whatever the scenario, the point is that the number of cases of illness or death in dogs after the consumption of grapes or raisins is on the rise. This could be mainly due to the lack of knowledge by pet parents.

I wasn’t aware of the toxicity of grapes, and I’d often let my beloved Shih Tzu, Mickey, play with them. He loved to pop a grape in and out of his mouth. Luckily, I found out about their toxicity before anything serious happened.

Poisoning has been reported in dogs following the ingestion of both seeded and seedless varieties, commercial or homegrown berries, green and red raisins and grapes, and both organic and non-organic fruits—plus those pressings acquired from wineries. Also, food containing grapes and raisins—such as cookies, bagels, and bread—can still be potentially poisonous to dogs.

If your canine companion has ingested grapes or raisins, the following symptoms may be exhibited within a couple of hours:

Some dogs love chocolate. In fact, my friend’s mini-poodle inhaled an entire box of these sweets and ended up at the vet’s office.

This was due to the cocoa powder that is extracted from the roasted seeds of the cocoa tree, or Theobroma Cacao. This tree contains both caffeine and theobromine that when ingested by our dog can lead to various medical complications. And if eaten in a large enough quantity, it can even prove to be fatal. Thankfully, Princess made it through her ordeal with the cocoa bean.

If your dog only nibbles on a small amount of chocolate, he may not show any symptoms. However, the more this sweet stuff is eaten, the more the chances your dog has of being poisoned. The main area that will be affected by both the theobromine and the caffeine is the central nervous system.

Mild intoxication from chocolate will result in signs of agitation and excitement such as:

Slightly higher doses may cause one’s dog to tremble or show exaggerated responses to noises and other stimuli. Princess couldn’t stop doing laps around the living room and was very agitated.

If the pup has eaten a lot of chocolate, he will show more severe symptoms. These include:

Also, remember that the darker the chocolate, the more caffeine and theobromine it will contain.

There are many different plants found in our backyards that could make our dogs sick. Some of these are highly toxic, while others may just result in mild stomach upset.

In my yard, we have a variety of mushrooms that pop up throughout the summer months.

Mushrooms fall into the category of a toxic food for dogs. But don’t worry if your dog eats a fallen piece of mushroom from your omelet, as those that are safe for humans are not poisonous (in small doses) to our pets.

However, there are some mushrooms that do pose a risk to our canine companions; the risk can range from minor and short-term, to fatal—resulting in coma, or even death. In fact, mushroom toxicity in your dog could lead to fatal kidney and liver damage, as well as near-fatal damage to the nervous system.

According to PetMD, mushroom poisoning could result in:

The severity of the symptoms will greatly depend on the type (and amount) of mushroom ingested. If you have mushrooms growing in your backyard too, be sure to dig them out.

The juicy and fatty avocado contains a compound called Persin, which can be found in the entire plant: leaves, fruit, seeds, and bark. If your dog ingests any part of the avocado, vomiting and diarrhea may occur. It can also result in difficulty breathing, pancreatitis, or fluid accumulation in the chest cavity, abdomen, and heart.

However, veterinarians tell us that only certain species of the avocado can affect our dogs, but there is no sense taking a chance with our pet’s lives over this fatty fruit.

The tomato plant is a member of Solanaceae or nightshade family. This family includes many species of plants, including potatoes, peppers, eggplants, ground cherries, and tomatillos. This plant is considered toxic, with the immature and not yet ripened fruit, leaves, and stems containing the highest concentrations of the toxins.

The level of poisoning depends on the amount the dog ingests and how fast she is affected.

The greatest risk for ingestion of the green fruit is if the canine were to snatch them directly off of the plant or pick up those that have fallen to the ground. And remember, many pet food manufacturers use potato in their recipes, but it’s the green ones that are dangerous. My dog actually loves small bits of cooked potato and has never had a problem with eating them.

Seek help for the ingestion of poisonous foods.

If your precious pooch has ingested any of the poisonous foods mentioned above, immediate action should be taken to reduce the amount of damage. Before you do anything, consult your veterinarian. Let him know what your dog ate, the amount, and when it occurred.

Getting the help we need could be the difference between a life and death situation.
~ 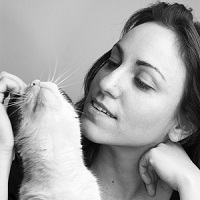