The Crazy Wisdom of a Heyoka Empath. 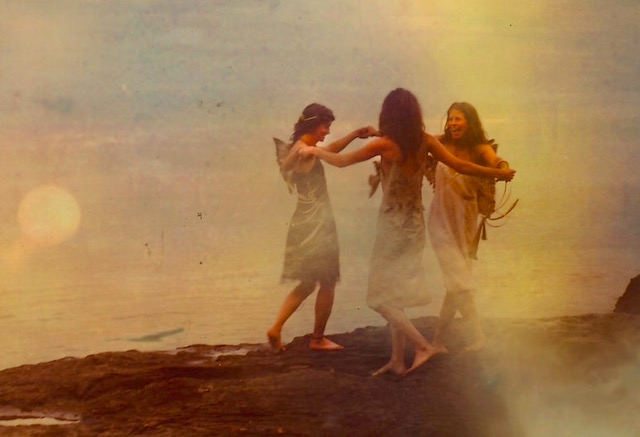 “Crazy Wisdom practitioners have always inhabited the fringes of society, outside the normal framework of what is perceived to be ‘normal’ or ‘acceptable.’ Despite the disapproval of the Monastic Institution, they were especially loved and revered by ordinary Tibetans for their wild and unpredictable ways.” ~ Adamas, Buddha Brats—A Modern Tale of Enlightenment

Empaths have an inherent ability to sense, read, and make sense of the energy emanating from everyone and everything that exists in the universe.

Many empaths identify as Heyoka, which is a Native American word that means “sacred clown” or “fool.” Heyokas use humor to open people up, so that people energetically transition to a place where they can absorb wisdom and healing energies.

In Tibetan Buddhism, a Heyoka would be referred to as someone who has the attributes of “Crazy Wisdom.” Crazy Wisdom, which is a term coined by Chögyam Trungpa, describes an often controversial path to self-discovery that is seen by many as abnormal or irrational.

Trungpa Rinpoche often expressed himself in somewhat bizarre ways by using playful or shocking tactics to jolt people out of what he felt was a restricted and linear mindset. He believed this was a compassionate method, explaining, “When we talk about compassion, we talk in terms of being kind. But compassion is not so much being kind; it is being creative to wake a person up.”

It is thought that whoever follows the path of Crazy Wisdom is able to rapidly and effortlessly move through karma.

Those who practice Crazy Wisdom do not take themselves so seriously, and they surrender entirely to their natural character traits. However, they usually exist at the far edge of society, as they are often seen as troublemakers, delinquents, or divergents.

Heyokas, with their Crazy Wisdom, walk into the unknown with a strong faith that whatever they may endure is part of their destiny, and that if anything goes wrong, they have the ability to alter their course. They recognize impermanence, and that every move they take, whether positive or negative, leads to a lesson they need to learn.

Those who embody Crazy Wisdom can sense if something is upsetting someone often before the person becomes aware of it themselves, and through using humor, they are able to pull the issue out of the person, whether the interaction is welcomed or not.

Heyokas use jokes or trickery to shift people’s mindsets so that they snap out of restrictive, fixed modes of thinking and are able to look with wonder and curiosity at new possibilities, and from different angles, so that they perceive situations in a fresh way.

Heyokas with Crazy Wisdom do not talk conventionally; instead, they talk in riddles and avoid directly answering questions in order to encourage people to think outside their neatly defined boxes, and instead, consider a variety of options.

Heyokas have the ability to mirror other people’s behavior, so that it reflects back to them and gives them a clear view of how they are appearing to others.

The Heyoka acts, often subconsciously, as an emotional trigger to encourage people to unearth deep, unhealed, and emotional wounds that they are unaware of. When in the company of a Heyoka, people’s insecurities, flaws, faults, or weaknesses rise to the surface, so that they can receive the opportunity to heal.

Heyokas can sense heavy, negative vibrations in the air, and they can easily transmute them. Therefore, they are known to cause disruptions, with good intention, so that they can transmute the energy of an individual (or a whole group of people) to alter the mood or atmosphere, effectively turning the energy to be more positive.

People may identify as a “Heyoka Empath” due to noticing that other people often feel flustered, upset, intimidated, or irritable when in their presence.

Heyokas have enhanced intuition, giving them the ability to read and affect other people’s emotional states, which often causes people to back away or avoid them altogether.

Some people feel uncomfortable knowing that their hidden negative traits or tendencies become unveiled while in a Heyoka’s company. Often they are subconsciously attempting to guard their true character, and so, they don’t understand why the Heyoka’s presence causes them to feel so uneasy.

At the other end of the scale, those who are sincere, authentic, and open to the Heyoka’s healing energy will feel at ease, peaceful, relaxed, and loved while in their company. This is because they are vibrating on the same frequency, resonating strongly.

Heyokas are unpredictable and unconventional, and they do not adhere to society’s expectations, abide by rules, uphold cultural conditioning, or follow the masses. They are often seen as loose cannons, as people never know what they might do next. They are not afraid to ask the taboo questions that others may avoid, and their comfort zones are usually the areas in which the majority of people feel most uncomfortable.

They often do things upside down, or backward, to strike up a conversation or to get people’s attention. For example, they may wear their clothes back to front, or they may laugh loudly when they really feel like crying. Heyokas regularly deliberately say or do the opposite of what everyone else is doing to encourage them to see that they are following the crowds without questioning their reasons for doing it.

They extinguish the lines between darkness and light by embracing all of life’s ups and downs, recognizing that we are all a mixture of many experiences and personalities, and that none of us live “perfect” existences.

Heyokas are effective at deflating people’s egos through cracking jokes or making light of situations whenever people think of themselves as above others or whenever they take themselves too seriously.

Heyokas are reminders that nobody is enlightened, as enlightenment is a journey, not a destination. They show us how we are all a teacher and student at the same time, and that none of us know everything—as soon as someone thinks they do, their mind becomes narrow, limited, or closed to learning.

Sacred clowns and tricksters exist in almost all spiritual practices and cultures. They may all be known by different terms, but essentially it is someone who has a great deal of universal knowledge and wisdom, and has the ability to jovially awaken others. They walk a chaotic path, but one that holds great meaning and wisdom.

Many people fear the jovial but ruthless Heyoka, so they may either mask their true feelings or intentions, or avoid getting too close to them altogether. However, Heyokas have an inherent, natural skill that allows them to evoke the greatest revelations and provide people with the opportunity to discover deep, personal, and ancient knowledge through the use of chaos and humor.

Heyokas are spiritual teachers whose role on earth is to ruffle feathers and upset the status quo in order to advance evolution for a higher purpose that isn’t always recognisable or instantly understood, as at the time, it can feel extremely disruptive.

All that is required is for people to be courageous and vulnerable when Heyokas appear in their lives so that they open themselves up to their alternative healing methods. They will then receive the opportunity to begin demolishing patterns of behaviors that no longer serve them, to abolish rigid mental structures, to question strict and silent social rules and regulations, and to fearlessly embrace and see the beauty in the unfamiliar and unexpected, while learning to accept all aspects of their unique, paradoxical personality.