What Tragedy taught me about Forgiveness. 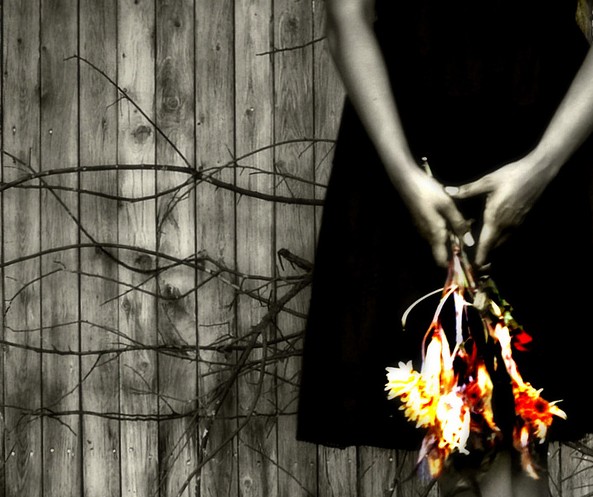 “Forgiveness is the fragrance that the violet sheds on the heel that has crushed it.” ~ Mark Twain

“I have some bad news,” my mom whispered to me, her whole body trembling as she clutched my hand with her shaking one. “Grandma died.”

I stared at her in shock as I tried to process this information. It was November 4, 2016, and my family had just piled in the car to go home after a night of celebrating my dad’s retirement. This was the last thing I expected to hear after such a fun night, when we had all been on such a high. That high quickly catapulted down to the other emotional extreme within a few seconds, to the lowest low I’ve ever known.

All I could muster in the moment was a quiet, unbelieving, “What? How?”  Mom told me it was a head-on car crash, but when I kept asking how it happened, she shook her head, saying nobody knew any details yet.

I learned that she had found out about her mother’s death from her sister at least 30 minutes before we actually left the party. She went to sit, stunned, in the shadowy front yard of our host’s home while I unknowingly chatted away in the backyard by the bonfire. My dad found out next, but they both decided to wait to break the news to me when we were all in the car.

Head-on car crash. The weight of these words hit me hard, and the abruptness and unfairness of it all broke me open, replacing the initial shock with tears streaming down my face.

There was relative silence for the rest of the car ride, as we all stared out the windows into the darkness only broken by headlights like all was still right in the world. Not knowing our grief, our pain. Occasionally, my mom would whisper that she couldn’t stop shaking. I told her softly that it would all be okay while not knowing if I believed it myself. I held her trembling hand tightly.

When we got back home, we decided we needed to pack and travel down to Florida the very next morning to be with my aunt, cousins, and grandfather and prepare for the service. As I stood in front of my closet, gazing at my bulk of meaningless clothes and trying to compute what I should take, I could not help thinking why it even mattered. I couldn’t help but think of the absurdity of it all. A family member dies and right away the practical must be done. The travel, the planning, the service.

After a restless night, we were on our way to Florida and learned the truth of what happened. A man was passing cars on a two-lane road as my grandmother minded her own business in her own lane. She had been on her way home from work. He hit her head-on, was ejected from the vehicle and hospitalized, yet lived. She was killed immediately.

Anger and resentment surged inside of me, foul words spewing from my mouth about this person who hit my grandma. What the f*ck was he doing? Why was he in such a godd*mn hurry? Why do so many people think they own the road and can do whatever the f*ck they want? Not caring who they hurt? Why did he live when he caused all of this? How is that fair?

Questions put my mind in turmoil. I considered myself a spiritual person before this happened, but I had never lost a close family member or friend before, and this event planted serious doubts in my head. It’s easy to say stuff happens for a reason, but not so easy when something tragic happens to you or your family. I was confused and was angry at the man who did this. At life. At God.

I clenched onto this anger throughout our stay in Florida. It manifested in my body as physical sickness, sticking in my lungs not wanting to come out. Then, something happened at the funeral. Before we walked out for the service, our family had some time together in a private room. My cousin showed me a flower bouquet from the man’s family with their condolences. I stared at it in silence.

I realized my anger wasn’t serving me or anyone else. None of us could change the truth of what happened, as hard as we may try to wish it undone. It was outside of my control. I could resist it all I wanted, but it would not bring her back. In that moment, I decided to forgive a little bit, to begin to accept it and let some of that resentment and hatred dissolve. My faith was returning.

Our family slowly walked out into the church greeted by 250 people watching us sadly. Tons of faces who knew her and loved her. “Morning Has Broken,” the hymn my family chose upon our entry, was sung by the choir in the background.

Sweet the rain’s new fall, sunlit from heaven
Like the first dewfall, on the first grass…

The song gave me hope for a new day and a new beginning without anger, resentment, or hate as we moved closer to our pews at the front of the large stunning church. Tears slid down my cheeks, but I also smiled slightly at the people I walked past, reminded of the impact she had on so many and the inspiring meaningful life she had.

After the service and returning home, I continued to work on forgiveness, especially through yoga, prayer, and meditation. Yoga helped with healing, releasing anger, and going with the flow. For prayer, I would lie on my bed and say thank you to the universe, to God, to whatever is out there for helping me to forgive.

During my meditation practice, I sat silently with myself, clearing my head and allowing my self-reflection to dissolve the anger and negativity. But if I felt like crying, I would honor that and allow myself to cry. We need to sit with ourselves, acknowledge the bad feelings, and let them flow through us and then release them.

I’m still working on forgiveness, even though I’ve come a long way. Forgiveness does not happen overnight and it’s an ongoing process.

Ultimately, forgiveness has helped heal my soul, slowly stitching it back together. My burden has begun to lift as I reclaim my faith in a higher power and trust that all will be well.
~ 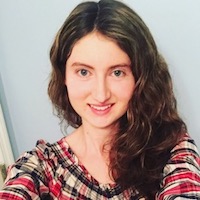