A Buddhist’s Apology to Mother Earth.

“When we recognize the virtues, the talent, the beauty of Mother Earth, something is born in us, some kind of connection. Love is born.” ~ Thích Nhất Hạnh

Growing up in Texas, I spent much of my formative years on highways, freeways, and interstates.

In fact, many of my most vivid memories flash through my mind from the backseat of a car—old filmstrips of passing billboards and highway mile markers. There’s my dad driving me and my brother south on I-45 to visit my cousins in south Houston. There he is again, driving north on I-45 to buy me my first pair of real, true roller skates—not with steel wheels, but polyurethane.

And because so much time was spent driving, we often got our meals from a drive-through window and ate them “on the way.”

My dad had a penchant for Kentucky Fried Chicken. Those red and white striped boxes were a fixture of my childhood. My dad would order the same thing: two wings and a breast, always original recipe. He’d finish his meal with a jalapeño. And with sweat still pouring down his brow from the heat, he’d gather up the trash, lower his window, hold it out the opening, and swoosh, it’d be sucked out as if by pneumatic tube.

“Out the window” was the Texas trash disposal. The freeway was our trash can, and there wasn’t anything abnormal about it. It was simply cleaning up. Scattered about the highway were other people’s leavings: beer cans, mops, brooms, mattresses, and an assortment of family pets left flattened on the side of the road after taking their final leap out the back of a pickup truck.

It wasn’t until after my parents divorced and my mom moved us to California that I learned that discarded household items on the highway weren’t a universal norm.

The state was beautiful, and people liked it that way. Suddenly, I lived in a place where nature and the environment were every bit as sacred as the Texas longhorn and Blue laws. Big was out. Conservation was in.

During my first year at Lincoln Elementary, I got a California crash course in everyday environmentalism. After washing our hands, we were allowed two paper towels for drying. We folded every piece of lined notebook paper into four columns to use for our weekly spelling exams, one month per page. When our class went on field trips and nature hikes, our teachers asked us to pick up any trash we found along the way. It didn’t matter that it wasn’t ours—it was in our home, and it was important to keep our home clean.

Returning to Texas to visit our dad in the summer, my brother and I would shrink in horror when he lifted his red and white striped box of chicken bones to the car window, and I’d cheekily remind him of the Crying Indian commercial. “Oh hush. It’s just a commercial!” he’d bellow, like I’d let loose a sacrilege against a communal ritual. Many Texans thought, “Don’t Mess with Texas” was a message to all outsiders, rather than the anti-littering campaign it was meant to be.

Is it any wonder, then, that I feel a profound obligation to make amends to my mother, Earth, for my own and my family’s transgressions? Like those who’ve seen the error of their ways and the impact they’ve had on others, I could no longer stand the injustice perpetrated against our planet and her inhabitants. And that is the lens through which I view pollution, extraction, and global climate change: It is an injustice.

In America, we drain lakes, blow the tops off once-majestic mountains, and use water to blast apart subterranean rock to release gas, which can damage aquifers and poison drinking water. In short, we plunder the Earth, forcing her to “give up the goods” to allay our unyielding greed.

When I became a Buddhist, I learned that greed is one of what is known as the “three poisons,” the unwholesome roots that are the cause of all suffering. These are greed, hatred, and delusion (more commonly referred to as passion, aggression, and ignorance)—corrupted mental states that cloud skillful action.

While we may not hate the Earth, some of us certainly have no regard for her. If we did, would we blithely throw away single-use plastic grocery bags, knowing they’re a blight to the environment and a danger to animals and sea life? Would we bury our trash in the earth if we respected it as our home? And would we continually buy things to the point that we need to purchase storage space because they won’t fit in our oversized homes?

Americans consume more than anyone on the planet, and yet most of us still feel a sense of lack. For example, only 3.1 percent of the world’s children live in the United States, but American children possess over 40 percent of the toys bought globally. What does this say about the values we impart to young people? And while the average American family spends $1,700 a year for clothing, the average American throws away 65 pounds of clothes a year. Unabated greed for the latest fashion adds to global warming. What many people don’t know, is that when natural fibers, like cotton, linen, and silk, are buried in landfills, they produce methane gas as they decompose. Of course, methane is the very gas responsible for global warming.

As Buddhists, we understand that karma, the law of cause and effect, follows us throughout our lives. All thoughts, feelings, and actions have inevitable karmic consequences. So, once we know overconsumption causes harm to ourselves and others, we cannot expect to continue needlessly consuming without generating negative karma. Consumerism fuels environmental exploitation—itself an act of violence—and harms living beings everywhere:

>> Five hundred children in sub-Saharan Africa die every day due to lack of clean drinking water.
>> Excessive fishing, pollution, and habitat fragmentation are wearing down the health of our oceans.
>> West Coast salmon are being killed in dams and dry streams.
>> More frequent heat waves cause an increase in heat-related deaths.
>> The iconic grizzly bear is losing a key food source, the whitebark pine seed, to climate change.

The revolutionary teachings of the Buddha, however, inform us that our karma is not fixed. It is something we can influence by our current and future actions.

As such, I’m doing all I can to make amends to our planet and the life it sustains. Along with refusing to buy bottled water, taking mass transit, and maintaining a low-carbon diet, I’ll also travel to Washington, D.C., to join the Buddhist contingent at the People’s Climate March on April 29th.

In marching, I’m making an effort to right the wrongs of environmental exploitation and protect our right to clean air, water, and land. It’s the least I can do for my one and only mother planet, Earth. I hope to see you there.
~ 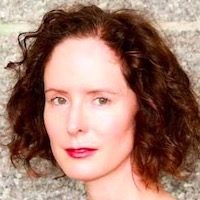