A Relationship Health Check for the Self-Saboteur. 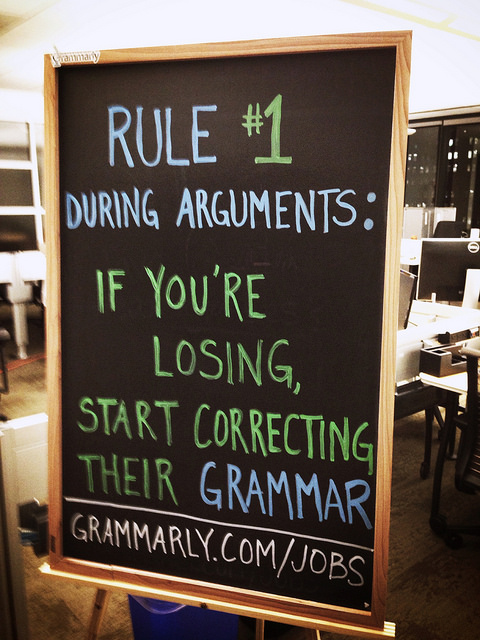 When all we’ve known are unhealthy relationships, we develop an attachment to them.

They become familiar, and their dark, twisted paths feel like home to us.

We may not like it, but we definitely know how to navigate them.

The familiar is comforting, even when what we have become familiar with is something that actually hurts us. Unfortunately, the result of this type of familiarity and comfort is that we begin to self-sabotage all the relationships in which we’re treated well. We don’t understand positive treatment, and we’ve been conditioned to think that we don’t deserve it.

Clearly, I speak from personal experience. I’ve experienced abandonment, neglect, unrequited love, and what feels like every level of game playing out there. While I resented it and eventually got myself out of those situations, I didn’t quite realize the impact of those relationships until I found myself in a relationship that didn’t do any of these negative things. There was honesty instead of games. I didn’t have to wonder where I stood or how he felt. I didn’t have to worry that I was just one of many.

Suddenly, ghosting, benching, and hoovering—the dating habits I’d come to expect as commonplace—weren’t on the agenda. Instead, there was the possibility for real connection in a healthy relationship.

And it scared the hell out of me.

How could I accept being treated well when all I understood was being treated poorly? One part of me started to open up and just accept this magnificent gift, and the other part of me held back and looked at this kindness with great suspicion. What could it mean? What did he really want? Why was he being so nice to me?

It was in that moment that I realized just how deeply I’d been wounded by every relationship that had played games with my feelings rather than offering up simple honesty.

Every scar throbbed. Every wound reopened. I sat inside of the pain and remembered all the times that I felt I had to make myself smaller to have any chance of keeping the relationship, and here I was being given this amazing gift of acceptance for who I am—admiration, even.

I’ve had to figure out how to navigate a healthy relationship with no previous experience, and I’ve found that I have to regularly check in with myself to make sure I don’t sabotage it simply because of its lack of familiarity.

So, I offer up a relationship health check for the self-saboteur who has recognized an attachment to unhealthy relationships and the tendency to sabotage anything good. May it be of benefit:

After the sting of an unhealthy relationship where we’ve had to either beg for acknowledgment or endure back handed compliments, we often don’t know how to handle basic flattery. Unhealthy relationships are a breeding ground for insecurity and often lead to lower self-esteem. So when we enter a relationship with someone who genuinely compliments us, we may respond with disbelief, an eye roll, or dismissal. And we need to stop. We need to learn to believe the good that’s being said about us as easily as we’ve always believed the bad—more easily, in fact. And we need to learn to accept compliments with some grace, simply saying thank you, and not throwing it back in the other person’s face.

This one has been huge for me. When we’ve had negative relationships, we often develop triggers. A trigger is when we have a strong, negative reaction to certain behaviors based on our past experiences. Apparently, I have lots of these. I hate to be ignored or not listened to because I’ve been in relationships where I was treated like what I had to say didn’t matter. So when I feel I’m not being listened to in a healthy relationship, I react strongly because it brings up all of those feelings I’ve had before, and it resurrects the thought patterns surrounding those feelings.

Identifying our triggers is an important part of our relationship health check. Instead of assuming that the other person is treating us poorly, we need to see if we’re being triggered by the current situation or by all of our past experiences. Triggers can cause us to overreact because we still need to deal with the pain of these feelings and to learn new responses. Instead of reacting each time, we need to look closer and determine why we feel so strongly, and then learn to communicate with our partners about those sensitivities.

Unhealthy relationships are rarely places where we learn positive ways to manage conflict. We find aggression, avoidance, and sometimes even gaslighting when difficulties arise. Rarely do we experience positive communication in a negative relationship. When we are in a healthy relationship, we need to check in on the way that we disagree with our partners. Are we able to maintain mutual respect as we disagree without name calling, blaming, or shaming each other? Are we able to be honest about how we feel and what we need? Do we expect the other person to read our minds? Do we say we’re okay when we’re not?

Positive communication is important in a healthy relationship, and it’s so easy to self-sabotage when disagreements come up because we’ve been conditioned to think that we can’t disagree and still be happy together. Sure, we all have our deal-breakers, but most disagreements can be worked through when both parties are willing. To avoid self-sabotage, we need to look at how we manage conflict and make sure that we’re not repeating past patterns.

This is of the utmost importance. Are both parties able to simply be themselves in the relationship? I was so used to having to water myself down in relationships that I never expected to be accepted and admired for who I actually am without that filter. I was never able to let my guard down and be entirely honest about who I am for fear that I would be told I’m too much or too complicated—all things I’ve heard a million times before.

I’m the complicated girl who’s left for the simple girl, not the one who gets loved just as I am. That’s how I’ve always thought about it. Now I think that if we’re in relationships where we can’t be wholly ourselves, we need to get out. We need to be in relationships where it’s safe to be who we are. Where we’re loved for that. Where we won’t be criticized because someone else is intimidated or doesn’t understand our souls. If we don’t have this, we are in an unhealthy relationship.

But if we do have this, if this is at the heart of our relationships, then we’re in a good one. Is it our forever relationship? Will it last? I can’t answer that.

But I do know that if we find ourselves in a relationship where we can be ourselves, we can start learning how to respond to all of the positives of a healthy relationship instead of reacting to the past hurts of every negative relationship we’ve had along the way. We can begin to rewire our brains to accept compliments and to effectively communicate. We can learn to cope with our triggers and to heal those broken places inside of ourselves where we’ve grown comfortable with diseased relationships.

We can learn to be so comfortable inside of healthy relationships that we’ll never, ever go back to one that isn’t healthy.