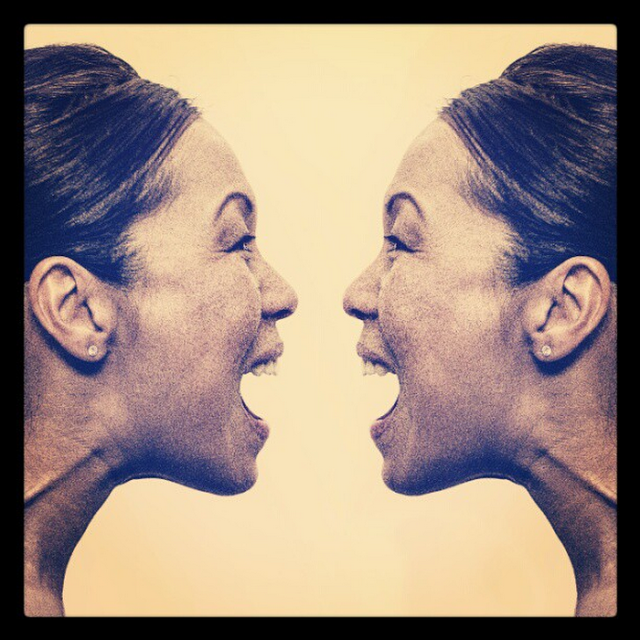 I’m going to go out on a limb here—I think about superheroes—and that makes me an uber-geek.

Though I’ve always been more of a nerd on the nerd/geek spectrum. But I digress, I like superheroes. I enjoy the movies, the TV shows, and the occasional comic book and even all of those Facebook quizzes—Which superhero are you?

Of all the superheroes, I have always most readily identified with the Hulk. I always saw myself in friendly, likeable, Bruce Banner with his dark secret. I would watch in sympathy when the current villain would push his buttons, causing his anger to simmer and then boil.

I could understand the struggle to reign in that temper, to try to calm myself in the midst of feeling deep, primal rage. I could relate to the fear that anything could set it off at any time; the regret that would come later—once it was all said and done—and the rage slowly dissolved.

As a society, we have made anger taboo. It’s considered unacceptable to have a bad temper. But don’t we all, in some ways, have one? Anger is a human emotion, and so are all the variations of anger—frustration, contempt, disgust, irritation, rage.

Our white-washed society that cares more about how things appear than how they actually are says that we should mask our anger, cover it up, and act like nothing bothers us. We’ve linked expressing any level of anger to weakness and shame.

But at the same time, as a society, we have created celebrities from anger and bad behavior. From YouTube rants to talkshow teens, to the latest reality TV personality with zero coping skills and a huge chip on his/her shoulder—we have elevated these “Hulks” to fame and fortune.

So which is it? Is anger something to be hidden or something that catapults us to fame? The message isn’t clear.

What is clear is that many of us struggle with owning our anger, taking responsibility for our feelings, and learning how to cope with what we feel and how we respond to those feelings. We’re told that it’s only okay to be have an outrageous fit of temper if you’re wealthy and entitled, or if you want your own reality show. But if you’re in a corporate office, it’s best not to show even a tinge of frustration or irritation, unless of course you’re in a position of enough power not to care about the outcome.

And—to add a deeper layer—women are told that we’re not to be angry at all. We simply aren’t allowed the average range of emotion. Having angry feelings is equated to being strident, or aggressive, or a bitch. What is accepted behavior in male colleagues will never be acceptable for us, and we will battle that double standard in every area of our lives.

Even expecting simple respect and courtesy can be seen as being demanding or controlling.

So if most of us struggle with anger, what can we do about it? How can we find a way to express our feelings without being seen as something we’re not?

The short answer is: We can’t. But if we want to be deeply authentic, we have to toss away care for what other people think of us and our reactions.

>> Cut out the bullsh*t. We need to see ourselves for how other people see us—not because their opinion matters more than ours—but because other people’s reactions to who we are acts as a mirror for us.

If we understand how we come across to other people, we can then decide if that perception is what we’re trying to project. Is this who we really are? If it’s not, we’re going to have to figure out what needs to change so that we’re putting the energy out into the universe that reflects who we are and what we represent. But not in a “looks good on paper” sort of way. This is authentic work, not PR work.

>> Cancel out all of the handy excuses stored up for bad behavior. We may not turn into an angry green monster when we’re pissed, but maybe we turn into something else. I know that I can be downright condescending when I’m angry. I see myself doing it, as if from a distance, and I’ve had to stop making excuses for being hateful just because something didn’t go my way. No, this step isn’t fun. It means we have to own up to how we act when we’re not at our best. But it’s important that we do it anyway.

>> Start identifying our triggers. What makes us mad? What are our pet peeves, and which ones do we just need to learn to live with? If we can identify the things that trigger our anger, we can begin to put into place a routine where we recognize that we’re about to get angry and start practising coping skills before our anger becomes explosive.

>> Practice self-care and figure out ways of coping with the messier emotions. So how do we react when we’re angry? Do we yell? Hit something/someone? Throw things? Use profanity? Drive recklessly? Many people internalize anger. In these cases, do we become passive aggressive and post angry memes all day on social media? Do we eat our feelings? Do we cry because the only form of emotion we feel we can express is sadness? We need to learn coping skills and to use as many of them as we can. Deep breathing. Meditation. Counting to 10. Affirmations. Counting our blessings. It doesn’t matter what we do, but we need to learn to calm ourselves before we engage in negative behaviors.

>> Healthy ways to express anger. Sometimes calm is impossible. Often, anger is the appropriate response to a situation. At this point, we need to figure out some healthy ways to express it. If we’re not going to engage in any more of the unhealthy behaviors that leave us with shame and regret, then we need another way to express this strong feeling.

Effectively communicating how we feel, and why we feel that way, is key to finding a healthy way of expressing anger. We need to be able to talk about what makes us angry, and we need to do this with the people we’re angry with or with our support system when we’re angry at someone we can’t speak to directly. We can also journal about our feelings. Sometimes it helps to do a physical activity to let aggression out. If we can’t calm ourselves, our coping skill may simply be to express our anger in a healthy way—or to channel it into a healthy outlet until we can.

We need to come to terms with the fact that we get angry. Anger is okay. It’s normal. It’s natural. We’re not bad people because we had an emotion that wasn’t filled with unicorns and sunbeams and dancing purple butterflies. We’re multi-faceted, and we feel all sorts of emotions in the course of our lives.

Hell, I can cover the whole range in a single day. Most of us can. We have to stop thinking that we’re not enough because we have strong, negative feelings sometimes.

We don’t have to become monsters to acknowledge the monsters within us.