The Three Professions that Capitalism has Ruined.

As The Feud came to an end recently, it became painfully apparent the damage a corporatized Hollywood caused to women actresses back then and now.

The carnage is not limited to women, but also male actors, directors, and producers alike. Creative types, full of feeling, are often hung out to dry once their looks fade or their box-office potential is no longer valuable to a soulless corporatized system.

Pursuing a healthy bottom-line can be advantageous for building infrastructure but why does it often overshadow everything else? Especially, when it disturbs the delicate professions that are often populated by those who are sensitive, open-hearted, and find value and meaning by serving and improving humanity.

An ever-increasing bottom-line continues to be a motivating factor in heart-based professions that aren’t designed to work that way.

As students entering college in the 80s, many of us were given What Color Is Your Parachute—a breakthrough concept for realizing a dream career. Its aim was to facilitate pursuing our passions in a practical sense and would enable graduates to seek that sweet spot between loving a job and making a decent income.

It looked good on paper.

Today many of the heart-based professions are losing their heart and soul to a corporatized system that just doesn’t seem to care about anything other than the almighty dollar.

The following are three professions, in particular, being taken down a disheartening path.

It’s unfortunate that entertainers who are full-blown artistes often get lumped in with celebrities who are only known for being known. It might be argued that Hollywood has always been about money yet the phenomenon of reality television has since replaced the artistry that comes from the heart and soul with a benign acceptance of all things average.

In fact, the more average the better.

We have witnessed a billionaire enter the White House via the coat tails of his own reality show. Amazing talents such as Meryl Streep, Alec Baldwin, and Robert De Niro, are now being lumped in with Paris Hilton and The Kardashians. Since when is an expressed talent more marketable than mediocrity? And when did we lose our ability to tell the difference?

I guess one way to decipher an open, accepting heart, is to imagine where these people would be without the Hollywood machine. My guess is that the first three actors would still be acting whether they made a dime at it or not and the other two would be fishing for another way to exploit themselves for money—a difference as opposing as night and day, yet somehow indistinguishable under the corporate veil of money over art.

Not uncommonly, many go into the teaching profession with an open heart and desire to share their love for knowledge and learning with others. Overall, it is a selfless profession and certainly not lucrative. No one embarks on a teaching career for the money yet, somehow, the corporatization of this vocation is now out to drain the few teachers who are still willing to go into the profession.

All the teachers I know are over-worked. The primary and secondary education teachers buy supplies out of their own pockets and those in higher education complain about the pressures on retention and graduating quotas. In fact, so many students today have come to understand that schools are there to serve them—a have it your way attitude that comes from the customer is always right mentality.

If education is about learning what you don’t know—how is it possible to have it your way and be right all the time? In fact, true learning is about questioning and appreciating that which is not yet understandable. It’s a humility that comes from deep within and is only available through an open and responsive heart.

Again, this obsession with controlling the bottom-line is poisoning the desire to be vulnerable enough to learn anything new.

Unfortunately, to be a wounded healer one has to heal one’s own wounds first. This is hard work and doesn’t come naturally for most. Transcending these wounds takes intentional effort, otherwise projection will occur—basically, just throwing the hot potato over to someone else to deal with. Not ideal.

Now mix this in with a CEO’s heads in beds interpretation of a rotating insurance-payer base and it becomes a pressure cooking hot mess. Suddenly, healing patients is offset by a healthy bottom-line, creating an all-out war between the admissions, discharge, and patient care departments. This havoc is passed on to the patient who is far from being recognized even if they are the key ingredient in every healthcare mission statement. Now where is the heart in that?

So when exactly did we lose our hearts?

Humanity is an ever-evolving condition and depends heavily on its history as a way to manoeuvre forward. So often we are told that the only thing that separates us from animals is our ability to reason. And perhaps that is true. Yet judging by the happiness meter followed by Denmark, Iceland, and Switzerland, the United States has dropped to 19 out of 35 countries within the Organization for Economic Cooperation and Development due to declining social support and increased corruption.

This past election is nothing if it isn’t a testament to how far we have fallen in both these categories.

So before we corporatize the heart out of everything we still hold dear, let’s hope for a swift pendulum swing where we are perhaps less divided between our heads and hearts. A place somewhere between Communism and Fascism where we can still care about each other without losing the long-view for economic prosperity—an understanding that a healthy bottom line does not have to replace our capacity to love and heal each other.

It seems we have some countries up north who have found a way to run a country without losing heart and soul in pursuit of a robust economy. Perhaps bringing more heart into all things financial could alleviate some of our own discontent.

Either this, or we will become one of those cautionary tales of a country that turned on itself and began to eat its young.

Because, let’s face it, a country who loses its heart and soul to make a buck is, not only going to lose its own ability to heal, but will eventually even take joy in victimising the least among us. 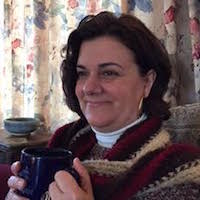 Vera Snow is a daughter of immigrants and mother of twin daughters born in Russia. Most recently, focusing on the underbelly of the current state of affairs. She holds a BA in… Read full bio