Everyday Grief: There is More than One Kind of Loss. 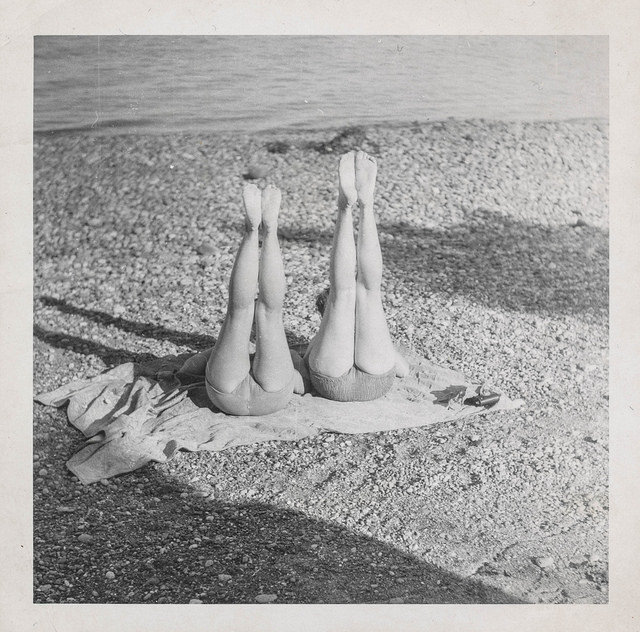 Every day, people die, break up, lose their jobs, and move to Spain for three months.

I’m sad because my friend Kate is doing the latter. This jerk is doing a study abroad in Spain for three and a half freaking months, and I’m breathing into a paper bag, trying to be okay.

I’m really happy for Kate actually. I’m just being dramatic and listening to “Ain’t No Sunshine” while waiting for a large pizza that I’ll eat alone in one sitting.

Kate and I met in a women’s group, and we’ve gone through a lot together. She is someone I am thankful for every day. Kate is intolerably funny and wise and beautiful. She’s also my neighbor and it’s almost too easy to walk a block over to argue over what kind of pizza to get at our favorite place, before we just get both. This adjustment might be hard.

Kate, in all of her infinite wisdom, reminds me gently (by telling me to “quit being a little b*tch”) that she’s not dying. That’s when I stare into the distant sunset moodily and think, “But what if I am?”

I am someone who dress rehearses terrible events. I’ve been practicing saying goodbye to Kate for days. Okay, fine—weeks. Okay, fine—months. I hate change, and I hate emotion. I hate changing emotions almost as much as I hate emotional change. So this is less of a goodbye letter to Kate (who should be knighted for putting up with this), than it is an exploration into sadness and grief.

Let’s not sell these emotions short, they’re not limited to just death.

Not that what I’m talking about can’t apply to that kind of grief too, but this is more about the grief that is besties with life change. Change means something ends, and it hurts when something ends. I once cried for a week straight when I found out I was going to have to start working in an office again and would actually have to put a bra on every day.

I haven’t exactly been known for facing grief, in any of its many forms. When I was a junior in high school and my favorite uncle, Frank, was dying of cancer, I remember not wanting to see him before he went. I do things like that. Or last spring when I sold my house—I wouldn’t cook in the kitchen I loved because I didn’t want to miss it. I #canteven deal with the end of a good show, and had to be resuscitated when I finished Harry Potter.

I understand grief at textbook level, but understanding grief doesn’t mean you do it well, or that it’s easy. It can change your whole life. Grief can change the way you eat, the way you take care of yourself, the way you treat others, and make you fall back into old habits. You cry a lot. You start to hate yourself. You might even have memory loss.

Grief is a tangled hot mess of juxtapositions. You may be exhausted, or unable to sit still. Or both at the same time. Grief is crazy, and crazy-making. It shakes everything in you like a snow globe until you end up on the floor, panting, sweaty, and not quite sure who you even are.

And did you know you can grieve anger? Yep.

With anger, we feel we have a sense of control, so letting that go can be rough. We’ve all been through a breakup. That’s especially hard. I experienced all five of Kübler-Ross’ stages of grief at once when I dropped a perfectly ketchuped French fry the other night.

There’s a part of grief where we mourn things that we’d only do once, even if nothing was changing—like the silly adventures Kate and I had when we were bored and eating ice cream in her car.

Are you picking up what I’m putting down?

And there’s bad news: that means we won’t live life, and we will still get sucker-punched in the gut with pain anyway.

I remember being on the highway on a warm September day and seeing a snow plow. A thousand memes flashed before my eyes, and I suddenly felt Seasonal Affective Disorder take hold of me.

Not dealing with grief doesn’t mean that life stops and waits for us. As Bon Qui Qui would say about life, “Rude.”

There’s no one answer to any of this, but something that helps is to let go of the desperate holding on, which—read my luscious lips—I have a physical aversion to. I have an allergy to trust falls of the emotional kind, but I still know this to be true. There’s some element of love when we let go. We free up all that energy in holding on. It’s hard work holding so tightly.

Let it go, man. Let it go and you might just feel the only thing scarier than grief: love.

I’m learning slowly—painfully slowly—that the definition of love isn’t doing things for people, or not doing the things that make you whole because you think it’ll make someone love you. Love is not doing things perfectly, and it’s definitely not avoiding the pain. It’s about showing up. Showing up even when things are hard. It’s showing up even if you’re a little late. It’s giving yourself a break and giving yourself some room to feel the sadness when it comes up.

It’s real, and it’s hard, and it will move on because emotions just do.

Give it a shot. Try curing your grief with showing up and letting go of holding on to whatever you’re holding on to.
~ 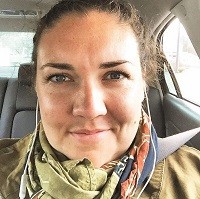