Four Ways to Age & One that Tops them All. 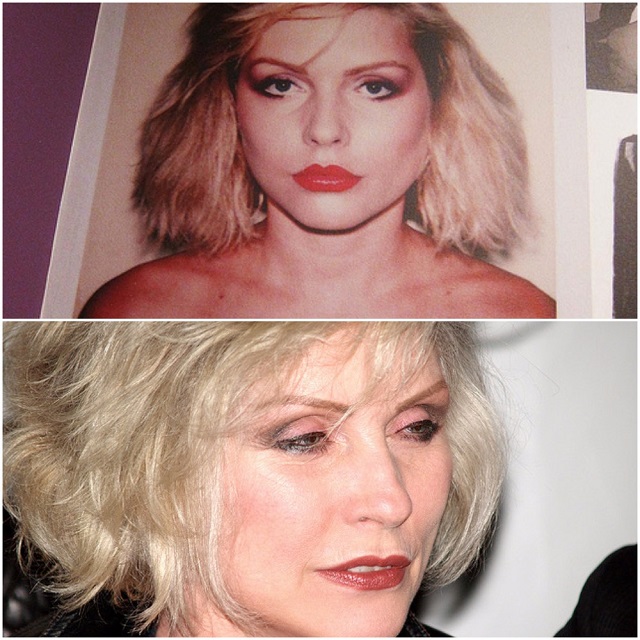 As I spot my first grey hair just two days after my 43rd birthday, I think about how we handle getting older.

I learned some valuable lessons about this when I worked in PR for a British charity run by aging showbiz personalities.

Who they were and what they were famous for I did not know, being just 25 years old, but what I did know was that the actresses I was meeting (obviously once known for their beauty) were not handling age well at all—unlike the men, who made it look easy.

In fact, one actress said to me, “Appreciate your youth, because I never did.”

But I was always curious to know, why should it just be youth that we appreciate—what about all the other ages? But of course, that was my youth talking. Nearly 20 years on, I realise why we don’t appreciate getting older—because it’s bloody scary! But I also realised, during my time working with the older generation, that there are different ways and attitudes to deal with getting old(er), and which one we adopt makes all the difference to how we approach life.

If we can laugh about age, then we have already reached acceptance, which is an important element to aging. The physical act of aging isn’t usually top of the list of subjects to laugh about. As the poet Dorothy Parker once said, “Time may be a great healer, but it’s a lousy beautician.”

It is, however, worth taking notes from people who have found ways to have their laughs. Take the American columnist, Erma Bombeck, for example, who said, “As a graduate of the Zsa Zsa Gabor School of Creative Mathematics, I honestly do not know how old I am.”

Yes to surrendering to aging with humour! It’s rather like giving a two-finger sign to old age, which is quite frankly what it deserves. Besides, laughter lines look so much nicer than frown lines.

Age with a higher purpose.

Having a much bigger thing to focus on than our looks is another way to tackle the aging process. Think of the likes of Audrey Hepburn, who focused on humanitarian work, or the 1960s siren, Brigitte Bardot, who proudly said, “I gave men my youth and beauty. Now I give my wisdom and experience—the best that I have—to my animals.”

When we have something much bigger than ourselves to deal with, old age is just trivia.

Because getting older is a challenging thing, we can always reject living in the present and live in the past instead. There are many people doing just that, and why not? We can create our own happiness by reliving all those stories from “back in my day.” Daydreaming can be good for the soul. It’s still living in the moment—just not this moment. Besides, we exercise our memory this way, too.

Of course, rejecting the aging process altogether by using plastic surgery is also a way out. But there is a risk others may
just see the work done rather than the person, as the famous photographer Mario Testino once said, “Beauty is emotional. That’s why women who want to change their nose, lips, they don’t understand that they are doing nothing except erasing their magic.”

Then again, if you don’t believe in magic and want to find out where the plastic route can lead, then take inspiration from Dolly Parton who says, “I look just like the girl next door…if you happen to live next door to an amusement park.” At least she is also aging with humour, albeit with a good supply of plastic as well.

The key here, even with non-surgical methods, is to be mindful not do two things: become obsessed and take it to extremes.

Finally, we have the people who embrace getting older with a huge smile, a f*ck it attitude, and a twinkle in their eyes—they show everyone else how aging is really done.

Take the chic nonagenarian, Iris Apfel, the fashion icon with the huge black-rimmed glasses who likens her wrinkles to a badge of courage and believes, “Great personal style is about knowing yourself, staying curious, and maintaining a sense of humour, as is your own individual style.”

Individual style is certainly adopted by the likes of 75-year-old British designer, Vivienne Westwood, who still wears her platform shoes, and 71-year-old Blondie singer, Debbie Harry, with her timeless punk look. Then, of course, there is the always elegantly dressed, 71-year-old actress, Helen Mirren. They are all clearly having the time of their lives.

I guess this is what the French Poet, Victor Hugo, was describing when he said, “When grace is joined with wrinkles, it is adorable. There is an unspeakable dawn in happy old age.”

And this is the secret to rocking old age with panache: being happy with what we’ve got (we’re alive after all).

As for me, I am already appreciating the onset of wrinkles, even the ones I have just discovered on a part of me I never knew existed before: the antecubital space (more commonly known as the inside of the elbow). So I am even learning, through my wrinkles, about different parts of the body. I love a good positive.

Besides, I know all my friends are joining me in this process of getting older and, like me, they have no intention of trying to look young. As the fashion designer, Coco Chanel, once said, “Nothing makes a women look so old as trying desperately hard to look young.”

I’m looking forward to more jolly good laughs with my friends in the years ahead, as we start comparing our wrinkles, especially in those unusual places. 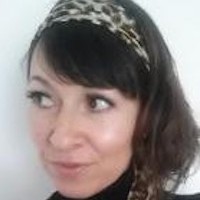