Four Ways to Create a Rite of Passage for our Teens. 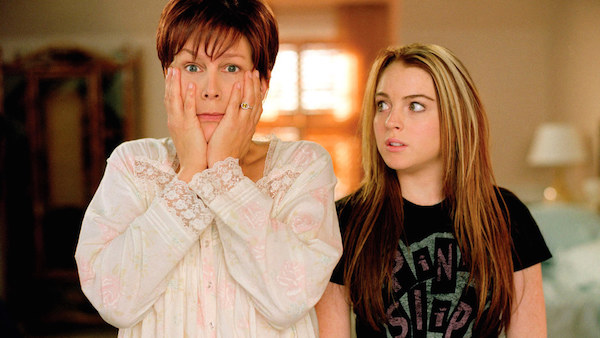 My 15-year-old daughter has moved in with her dad full time.

I assumed I would always be heavily involved in her day-to-day world. Turns out life had other plans. I’m still her mum, but it’s been challenging to let that part of my identity go, even though she’s thriving.

It makes me wonder how I feel about my own life? Am I f*cking it up? I think this even as I am called away to Bali for work. I realize I’m breaking old rules and it feels real scary. I have to rely on my heart and the quiet voice of my soul.

I realize I am offering my daughter something different than my own teenage-hood, suffocating in the suburbs. Her experience of real life will be better, this I know, but it’s hard to let her go.

I understand it is her rite of passage as much as mine.

In indigenous cultures, teenage boys and girls undergo initiation as preparation to a coming of age.
In Bali, for example, I  witnessed teenagers at teeth filing ceremony, done by a sangging (dentist) while the village watches on and says prayers.

My daughter waxes philosophical, saying, “Mum you have given me so much already—isn’t it time you were really happy?”

Then, she’ll flick her hair and flippantly proclaim, “School and everyone in it sucks” (even though she’s getting straight A’s).

I suspect she’s half Rinpoche  (Tibetan Buddhist religious teacher) and a quarter punk rocker wrapped in the soul of a teen conquistador. Her ability to see most things with equanimity is humbling, but her eternal wisdom always fades and is superseded by busy black fingernails scrolling Instagram posts and the hum of Kurt Cobain on vinyl.

What I do love about our new chapter as mother and daughter, is that she gets to explore autonomy and self-care in ways she couldn’t if I was around all the time.

Transcending my guilt trip has stripped back some juicy layers from my own family belief system. It’s been terrifying and enlightening to sit in the emptiness beyond my identity as a parent.

Like most Baby Boomers, my parents were raised on a steady diet of “sacrifice everything” for the family and Dr. Spock. They were at the doorstep of a new age with the birth of television, two wars (Vietnam and The Cold War) plus the advent of rock ‘n’ roll. Generation Xer’s boogied out with a rise in single-family units, the genesis of computers, and the changing face of corporatism. For the millenials , one in ten studies show, they have moved back home because of financial reasons. It is my hope that my daughter’s generation will be well-informed with fortitude.

It’s perhaps not, at its core, guilt that stopped me from being the kind of parent that I felt called to be. Guilt was merely a symptom of being torn between what I have been taught and what I know to be true.

“Guilt is to the spirit what pain is to the body.” ~Elder David A Bednar

To move beyond my guilt, and to allow both me and my daughter to thrive, I started a practice that I hope will be helpful to others.

Here are four tips for creating a rite of passage for our teens and ourselves:

1. Get out of our own way so that they may thrive. Let Go.

Avoid following someone else’s parenting rules. Be guided by our own heart, gut, and wisdom.
Our courage to model mindfulness and honesty gives them permission to live a fulfilling life. It’s sometimes tough, but letting go a little, trusting in life and our connection to each other, helps them grow up.

2. Be a parent first and a friend second.

Allow our kids to experience an authentic rite of passage not a numbing stroll down aisle three of Wal-Mart. Give them a chance to become resilient souls.

“If you are a parent, open doors to unknown directions to the child so he can explore. Don’t make him afraid of the unknown, give him support. ” ~ Osho

Choose a parent-craft with a higher motivation. Refuse to blindly slump into sacrificial martyrdom, throwing open the checkbook as subterfuge for our own needs. A recent survey shows 50 percent of teenagers are addicted to their phones.

Encourage our nomophobes to detox regularly. Ask them to get off their technology and social media. It will restore their nervous system and teach them how to regulate self-care.

Our teens are no longer our babies. They have their own path to walk. Help them cultivate independence by expanding yourself. It may mean making some mistakes along the way—but hey, that’s how we all learn and evolve.

While in our society, our rites of passage don’t include marrying our girls off after their first blood, circumcision for our pubescent boys, or sending them on solo quests into the wilderness, but we can create rites by being respectful of our role as custodian to part of their evolution as well as our own.

Who they choose to become is actually none of our business. They don’t represent us, they are their own person. Our role is to support and love them in their choices, as well as our own.

Transcending parent guilt may be the catalyst to allow our children to discover their own hearts, voices, and aligned actions. As mindful parents, we may not be perfect, but on a good day, we may be strong enough to make our own rules and give our teens the same permission.
~ 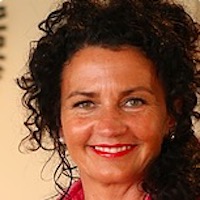