Gray is the new Blond. 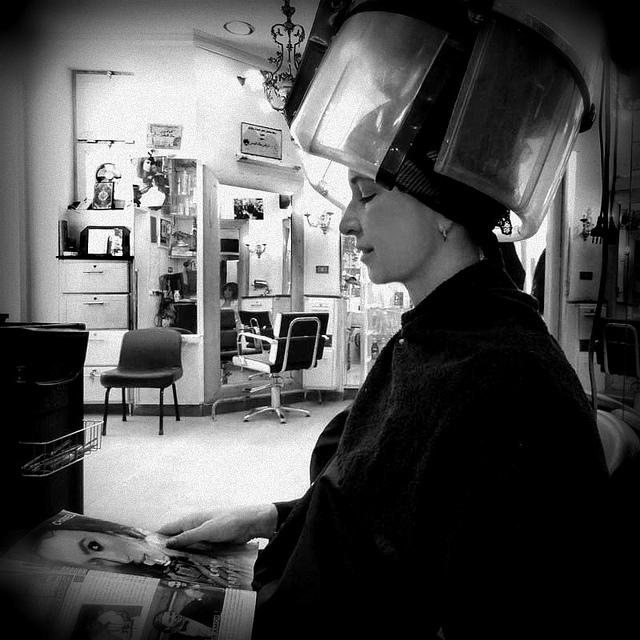 “The way you think and act is what makes you look old (or not), not the color of your hair…[M]any women who go gray paradoxically look younger than they did before—because they look more like their truest selves without any artificial enhancements.” ~ Margaret Manning

I recently decided to stop dying the gray in my hair.

However, as it turns out, I have made my decision at a time when “gray is the new blond.”

“In movies, magazines, advertisements, catalogs, and even in certain Hollywood celebrities, we see and feel the presence of gray hair. Not only do we see women with short, well-groomed, gray bobs, but those who let their long, tousled gray flag fly.” ~ Barbara Barnes

Little did I know, however, that there was an underlying spiritual factor involved in letting my gray grow in that had little or nothing to do with appearances or cosmetics.

I was in my late 50s and had never actually thought about dying my hair until I’d gone to the hairdresser for a trim. It was she who, with the simple words that so many women at so many times in their lives have heard, suggested that I cover my gray.

I took the bait. After all, who didn’t want to look younger?

The next morning—after I’d stepped into the “unique form of bondage that’s called dying your roots”—I reported to the antique shop where I worked.

The owner was all over me. She (of the dyed blond hair) “loved my new look.”

It is now more than 20 years of dying my hair later, and looking 10 years younger is no longer all that important to me.

As time marched on, I’d changed. My life had changed, and I felt differently about having gray roots.

I’d begun to feel like covering them was a sham, and that when I dyed my hair, I was—in a way—pretending to be someone I wasn’t. I was not only lying to the world, but more importantly, I was lying to myself.

“Don’t let me be an 80-year-old woman with dyed hair,” I would tell my daughter. “Don’t let me look so artificial and…weird.”

What I was really saying was, “Don’t let me lie to myself like that.”

One morning, while looking in the mirror, I felt a twinge of grief for the chestnut brown, naturally wavy hair (and the young woman who’d had it all her life) that I would never see again.

The deciding factor came when I realized that by hanging on to that woman and her hair, I couldn’t step fully into becoming the woman I was meant to be. Dying my hair had given me more than a frozen-in-time look. By providing a way for me to maintain an illusion, it kept me spiritually stunted as well.

“What are we doing with your hair today?” the stylist asked as I settled into the seat in front of her mirror.

I told her that I’d decided to start telling the truth with my hair and that, as they say, “I’m gonna let that gray all hang out.”

Will I look older? Maybe.

Maybe I would be a “gorgeous, gray-haired [woman] with the no-nonsense gaze that grabs attention…beautiful, no matter what color her hair—but with gray hair, she is grand.”

I do know I’ll look softer and more congruent, and I’ll take looking soft and congruent over looking dissonant and harsh any day.

With my decision came a new kind of confidence that I am facing the world exactly as I am—and, even with only a half inch of gray showing, I already feel like a weight has been lifted.

As Barbara Barnes states in her wonderful article on going gray:

“[Gray hair] clarifies who I am and who I am not, freeing me from much that is unnecessary…accepting gray hair is part of my journey, and as I continue, it’s more and more obvious that gray matters.”