How I Thrive with Adult ADHD. 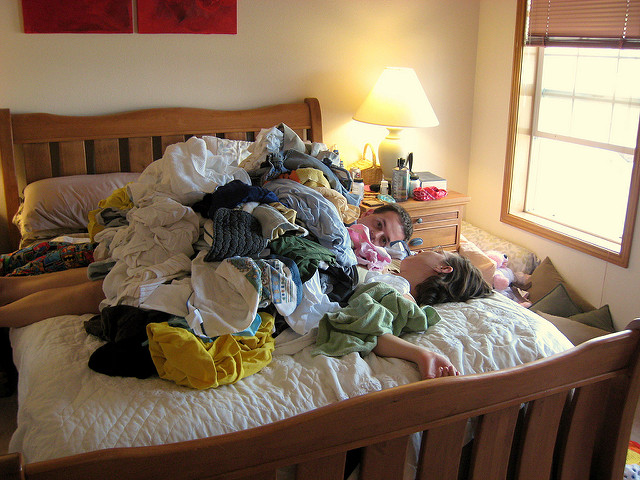 I found out I had Adult Attention Deficit Hyperactivity Disorder when I was 38 years old.

Looking back, there were always signs.

At 35 years old, I sat speaking to our family therapist about my 15-year-old son. She kept mentioning ADHD, and she even enlightened me that “Yes, people can force themselves to read a book.”

How could I believe my son had ADHD when I still believed that I was just undisciplined. I explained to her that I could certainly put my eyes to the words, but by the end of the page, I was off in dreamland somewhere. The contents of the page I had just read were as much a mystery to me as they had been before I ever “read it.” (The House of Seven Gables has been viewed by my eyeballs at least four times through, and yet, everything I know about it came from Cliff’s Notes.)

Another thing about ADHD that kept me baffled was that as long as I liked a book, I could become completely engrossed and couldn’t put it down. The ability to stay attentive through some books without the slightest problem seemed odd. How could this be if I did indeed have a disorder?

She continued to bring it up every now and then, but never really put much emphasis on it. She certainly never suggested that this was something we should have tested.

It wouldn’t be until three years later, after a move to another town, that our new therapist would put it all together for us.

My oldest son was still struggling in his school and life. He could test at the top of his class, but his daily work was paltry or completely non-existent. He could not seem to get from our house to the school with homework intact. My husband and I were so frustrated—we had no idea what was wrong or how to help our son. For all we knew, he was disorganized and lazy.

Our new family therapist advised us to have him tested, so we made haste to the testing facility for my son’s evaluation. The test he was given is called the TOVA (Test of Variables of Attention). It is an interesting test, but the description alone made my eye twitch. To me, it sounded like a torturous, anxiety-producing mechanism that would only test my ability to not burst a spring.

It works a little like this: The word “red” will pop up on the computer screen, but written in blue. You are instructed to choose the color rather than the word and are timed on how fast and accurately your mind can sort this out. As the test progresses, the instructions reverse. At this point, the test escalates to the point that we ADHD folks feel that jumping out the window would be less painful than continuing the evaluation.

As I was given the format information, I was already sure I did not even need this test—my iPhone alone demonstrates my lack of focus and impulsivity. You would not believe how fast I can push all the wrong buttons and end up in places no person has ever been on a device.

After my son was diagnosed, I threw myself into research.

I was driven to understand him, but I was awed at the descriptions of myself on the pages. And that is how I came to know this amazing thing about myself. The more I understood, the more I was astonished at the differences between my ADHD symptoms and my son’s. We manifest differently, which creates more difficulty when it comes to recognizing ADHD in families.

People still most often think of ADHD as a children’s issue, but we grow up. Often, it is the squirmy, unruly, obnoxious children who are called bratty and believed to need more discipline who get the ADHD label.

This is not necessarily the case.

I was more of a daydreamer. Rather than disrupt the class or flail around in my chair, I only fidgeted. I shook my leg, doodled, or played with my pencil. It is true—every now and then, I had a tendency to blurt out an answer without raising my hand, or do something wrong because I had not heard the instructions, but I never saw the inside of my principal’s office.

It is tricky, this ADHD, because we all manifest a bit differently.

I am certainly no child now, but it is still apparent. Like the time I decided to vacuum the floor and completely I forgot I was filling the fish tank. The time I was going to spray my foot with foot powder only to find I had accidentally grabbed the spray glue. You might be thinking anyone could have made this mistake, however, I managed to stick both shoes to my feet before actually looking at the can.

These are the quirks that I like—the goofball stuff that has come to be my hallmark. My friends and family love me because I am a little wonky and full of surprises.

But then there are the parts that I don’t like. For instance, getting lost while driving, even to places I have been a thousand times. Getting my appointments all confused. I got dates mixed up and caused my oldest son miss his very first day of kindergarten. I lose everything I touch, especially important paperwork. There is a strict rule that I never again put my hands on a vehicle title.

I think the least well-known and perhaps most important thing about ADHD is how it can affect relationships.

Parent-child relationships make it more apparent. My son truly suffered through his schooling, because we did not know or understand. His impulsivity was sometimes hilarious (he is a klutz like his mother) and sometimes terrifying (driving).

The relationship issues between my husband and I were more marriage-threatening. We often found it hard to communicate, and I have an exaggerated inability to stay patient. My problems with focus followed us into the bedroom, and I would often space out during sex—my mind going to places it should never be while you are intimate—“Housework? What are you doing here?” Ritalin became my Viagra.

On the bright side, I have hyper-focus! That has been the most delightful discovery. I can lose hours once I get into the flow of my work if I love it. When it happens for me, it is like magic. I become the very best version of me.

Rather than ever having felt distraught with the realization of having ADHD, I love myself even more. I now know that some of my most amazing qualities are due to my “affliction.” My enhanced understanding of myself has led to the use of the good qualities and better management of the difficulties.

If any of my stories resonate with you, you too might get to explore some of the things that our brains can do because we live with ADHD. We have amazingly creative minds—you will not find a better improv personality (mostly accidental in my case, but still amusing). We are quick-witted, highly skilled at “MacGyvering” to problem solve, incredibly intuitive, and when hyperactivity strikes, we are a whirlwind of commotion and physical comedy that anyone could love…well, mostly.

In my opinion, there is as much to thank ADHD for as not—because for me there is always this: “Remember that time I fell off the stool at the dentist office…” 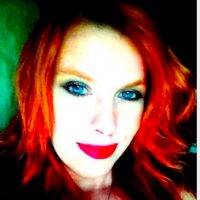