Is Fear our Friend or Enemy? 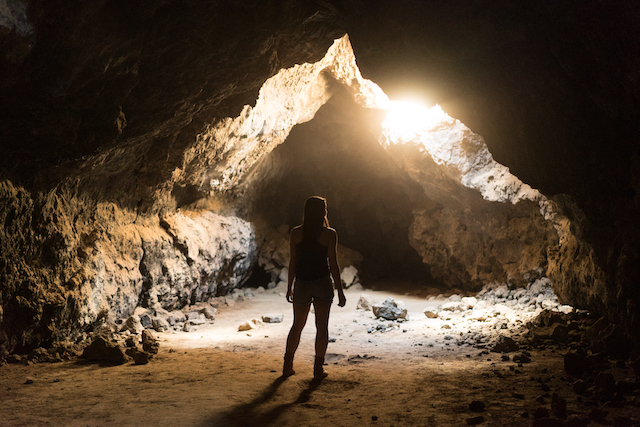 I watched an interview with Elizabeth Gilbert recently, in which she spoke of fear and how she allows fear to be a passenger in her vehicle of creativity.

She doesn’t allow fear to drive, but she compassionately accepts fear as a natural human emotion—one that is often a part of the creative process.

The interview got me thinking about how we view fear in general.

I’ve found—like Elizabeth Gilbert—that as a society, we seem to be in fear of fear.

But I truly don’t think this is the right way to go about things, and that by denying, or trying to turn away from our fear, we subconsciously hand it the keys and allow it to drive.

If we aren’t aware of how fear is influencing us, it’s controlling us and not the other way around.

We can’t control what we refuse to acknowledge.

We can’t necessarily control fear either, but we can control how we react to it.

Why do we try to disown and deny our fear?

Well, we seem to have decided that fear is a form of weakness. To be fearful is to be vulnerable, and we’ve been programmed to despise and hide our vulnerability.

Some great historical figures have, what I would call, misleading quotes about fear.

The problem with idolizing the words of deceased individuals is that they are no longer here to clarify.

Gandhi has a famous quote in which he speaks of fear: “The enemy is fear. We think it is hate; but it is fear.”

In another, Paramahansa Yogananda tells us that, “Fearlessness means faith in god; faith in his protection, his wisdom, his mercy, his love, and his omnipresence. To be fit for self-realization, man must be fearless.”

Might we see statements such as these as proof that fear is to be conquered?

When I say that I am fearful about writing on a particular subject, people have a tendency to look at me in a bewildered sort of way.

Why are you talking about your fear? You look weak and we’re supposed to try to appear strong and brave.

You cannot be self-realized or great, and you are not brave, if you are also fearful.

Self-realized? What does that mean anyway?

It is defined as the fulfillment by oneself of the possibilities of one’s character or personality.

To me, fear—and a willingness to accept it and sit with it—is a form of bravery and self-realization, and in this day in age that implies greatness and strength.

By accepting fear, we accept a part of our very personalities and character.

To be brave is not to be fearless, nor is it the absence of fear; it is to move forward, regardless of the presence of fear.

The enemy is not fear itself, but fear unchecked.

If we spent more time sharing our fears, it would be easier to accept them as a natural part of our human experience.

Instead, we are all too often left feeling like we are different, wrong, or alone in our experience of fear.

This is exactly when fear gains the upper hand.

We are all afraid of something, whether it’s big stuff like fearing failure, love, or rejection, or little stuff like a fish attacking us while we’re swimming in a lake. Fear is something we all experience.

Fear is not rational—it’s there, and we can keep an eye on it, so it does not become a hindrance, or destructive—but we can’t let it be what drives or motivates us.

When did we begin to consider it ungodly to experience fear?

According to Yogananda, it began centuries ago.

Maybe we a have always thought this way; maybe we’ve always been afraid of the discomfort of fear.

Fear does not have to be something that we…well, fear.

We do not have to be allergic to fear.

We do not have to attempt to separate from fear. We can’t anyway; it’s a part of our shared experience—we would be separating from a natural part of ourselves.

If we listen to fear, instead of ignoring it, we might find that it has much to offer us.

Fear becomes a factor when the outcome is uncertain, when we are bringing something new to the table—and what our society needs most right now is new idea’s, new ways of looking at things, and those who are willing to share their most vulnerable selves.

We need more individuals willing to share their stories and experiences of fear—how it influenced them, how it affected them, and more importantly, how they made peace with it.

Fear has caused me to blame, to project, to lash out, to give up on things that were important to me like my dreams and aspirations, and to muffle my own voice when it was needed.

“As we are liberated from our own fear, our presence automatically liberates others.” ~ Nelson Mandela

We cannot liberate ourselves from fear, but by acknowledging and accepting its presence, we are liberated from the control it has over us.

When we become comfortable enough with our fear and with our vulnerability, then our stories—our wisdom—has the potential to liberate others.

We have the power to change the way we look at fear.

Let’s look at fear, not as an enemy, but as a friend—an integral part of our experience—and in doing so, erase the shame that has become synonymous with fear.
~ 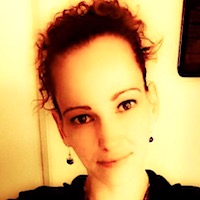