She made Broken look Beautiful. 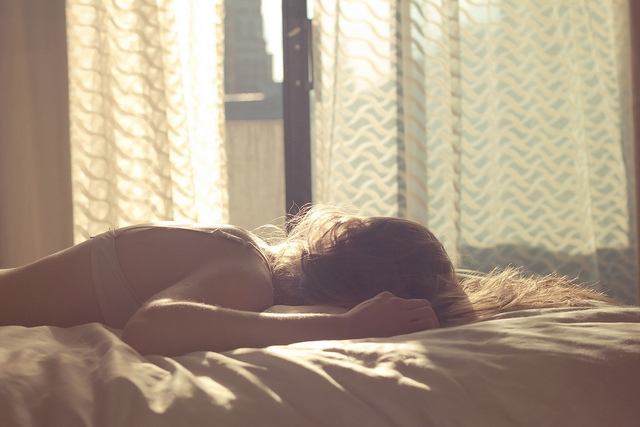 “Beneath every strong, independent woman lies a broken little girl who had to learn how to get back up and to never depend on anyone.” ~ Unknown

She was me, or perhaps I was her.

I’m not sure when it began or even that it ended, but there was a time when she made broken look beautiful.

There was a moment in between the tangerine haze of dawn and the stars that streaked across her heart when she decided to let her cracks shine with gold. It was an instant, or perhaps it had been building for some time, but either way, she decided to let the very things she feared become those that made her beautiful.

Maybe it was just that she stopped hiding from herself.

It wasn’t easy to let it out, to express all that she had inside because life had shown her that no one really wanted to see her. No one wanted her to be who she was because they were too busy creating her to be what they were comfortable with. Yet, no matter how she tried, she never seemed to fit into their storyline—and that’s because she was meant to write her own.

She took her issues of trust and wrapped them deeply inside, never realizing that she wouldn’t learn how to trust anyone by choosing to do that.

And so she became a cliché, the kind of woman who pushed away what it is she most wanted out of fear of actually having it. Yet, even unattainability looked good on her, because anything worth having is certainly never easy to get.

But, none of that mattered, no amount of effort made a difference because inside she was broken; inside she trembled while she held that little girl knowing that it was pointless to let anyone in, because all they ever did was leave.

All they ever did was remind her that the only person she could ever count on was herself.

She had learned that the only constant she could depend on was that no one could be counted on. Sure, they all made sweet promises, yet in time when life had torn her down with a tear-streaked face, the only person she had to help her up was herself.

There wasn’t a moment that went by when she didn’t wonder what it would feel like to be whole, yet she also knew that was a fantasy more elusive than the fairytales she read as a child. It seemed that life had broken her, and then shattered even the smallest pieces that were left.

Yet, even with all of that—she had never been more beautiful.

She was a fragmented shadow, an elusive wave under the midnight moon never resting upon any particular shore. She glowed with authenticity, and the raw vulnerability from having lost everything she ever thought mattered, until she realized that she was left with the only thing that ever did—her heart.

It seems that the only way she knew how to heal her inner little girl was to become just as vulnerable as she was.

It was only through diving into her pain was she able to surface into her healing. And so she let herself sink into everything that had ever caused her pain, each moment and childhood wound, until there was nowhere to go but up into whatever lay waiting for her—if only she was brave enough to try.

She had to decide to bloom despite the setbacks.

There was never a question as to if she would heal her brokenness but only as to how it would happen and so she kissed her scars. She made love to her past, and planted the seeds for her future. Not because she didn’t fully embrace who she was, but only because clinging to that no longer served the woman she was trying to become.

It was this constant ability to change and reframe her reality that enabled her to shine with a beauty unseen by those who have never been crushed or faced their demons head on. See, the secret to her beauty was never in how she would put herself back together, but in how she broke to begin with.

It was in the vulnerability she was willing to face about her own self.

She was somehow everything—and yet nothing—simultaneously. She was the crackle and break of fire on a midwinter’s night, the feel of a refreshing wind through the trees after a twilight summer storm. She was both light and dark, and it was that quality that enabled her to dance through to the other side.

To the beauty of being able to grow through what she had been, so that she wouldn’t ruin all that could be.

And even though it hurt, and even though there were days when she seemed to stretch far beyond her ability, she still tried. She trusted when it became difficult, she gave even when she had nothing and she loved as if she would never be hurt. Because what made her so beautiful was the fact that no matter how she traversed her wounded depths, she still rose out of them like the beautiful and ethereal phoenix that she was.

What made her be able to make broken look beautiful was that she never tried to hide her scars.

She never pretended to be anything other than who she was, and my God, there is nothing more beautiful than a woman who can glow even within the darkness of her own broken pieces.