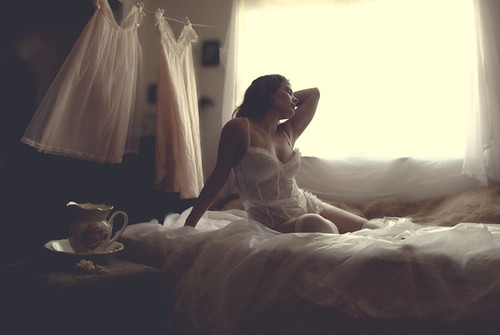 “Hide your eyes darling, people can see your heart through them.” ~ Unknown

Sometimes it seems like the good girl never wins.

For now, let’s put away the insurgence of opinions about girls versus women because it doesn’t matter which term we use. Whether it’s women or girls—the good ones, it seems, are often found at home with broken hearts.

We believe in hope and in love, and so we conduct ourselves with a purity of passion and the belief that if we love as we are meant to, then eventually that love will be returned.

Not because we aren’t a little bad from time to time, but because there is an innocence about us that keeps us doing the right thing even when no one is watching. We give all that we have, and then some. We smile for others even when inside our hearts shudder with pain.

When we believe no one is watching, we let our eyes flood with all of the feelings we are too scared to speak of. We don’t like to cause others pain and it seems, inadvertently, we find ourselves hurting from the task of being too good.

There’s no drama or inconsistency with us, as we are as loyal and committed as they come.

We don’t need someone else to fill us up or to reassure us of our place in this world and so we seem like we are always okay. We let others keep thinking that if they left, we will be just fine—because it seems that we always are.

It’s this badge of falsified self-sufficiency that ends up being our downfall.

Unabashed in her divine feminine energy, she doesn’t wish to play games or to pretend that she doesn’t just love—but she feels. She kisses the sun and spreads her legs for only the moon, smiling for even the chance to be the light for someone else.

Yet, somewhere in between it all good seems never good enough. It’s overpowering, possibly overwhelming in its essence of unconditionality because it’s often easier to disbelieve in the magic of love than it is to believe in its reality.

The problem is that she’s become too good at pretending.

By placing everyone else’s happiness above her own, and spreading her energy so far that she herself becomes drained, she finds herself never being able to actually ask for the one thing that it is she wants. Someone to see that it’s her goodness that is the most tender aspect of her heart. Although it seems steadfast, the reality is, it needs protection.

The good girl is just hoping one day someone will want to protect her from the very thing she fears the most—getting hurt.

It happens sometimes in an instant, or perhaps over the course of faded years gone by, but she ends up alone—once again—because it seems everyone always thinks that she’s strong enough to handle it.

The reality is that inside she shakes, quivers, and cries over the thought of once again being left, of not being chosen, because she is supposed to be the strong one.

Perhaps it’s our own fault; the one thing that we expect is that others are just as good-hearted as we are. That in the end, goodness always prevails regardless of circumstance, and that one day, just maybe, someone will finally see us for all that we are.

We’re moonshine and heaven sent, just a little bit of Yankee with a southern drawl. We’re white cotton, and sweet tea under the sun. Pale pink nails and hair just as wild and free as the winds that blow around us making us believe that just maybe one day we won’t be left with nothing but a broken heart to keep us warm at night.

Others could say that they saw it coming, after all, it always seems to be the case that we’re left brokenhearted.

We don’t spin tales and webs of intricate demands; instead we only and justly love. We don’t project onto our loves, or ever guilt them into staying—but in the end—perhaps our gifts become our demise.

Maybe the truth is that we simply just seem too good to be true. And if we seem to have been created from the unconscious thoughts of our lovers, it becomes too difficult to accept it’s true reality.

At the end of any story it always seems that the good girl gets her heart broken.

And it doesn’t so much matter what’s said, because in the end the good girl will only end up believing that it was her heart that became her downfall. It was only her love that eventually morphed into her pain.

Maybe girls like that aren’t supposed to be left. Perhaps they are meant to be held tenderly and treasured, but all the shoulds in the world can’t take the place of the cold reality that is felt when once again they are left with nothing but a broken heart.

Because maybe the hardest thing for them to say is “Don’t go. Without you I might break.”

Instead, they choose to break their own hearts.