The Hidden Key to Changing our Negative Self-Talk. 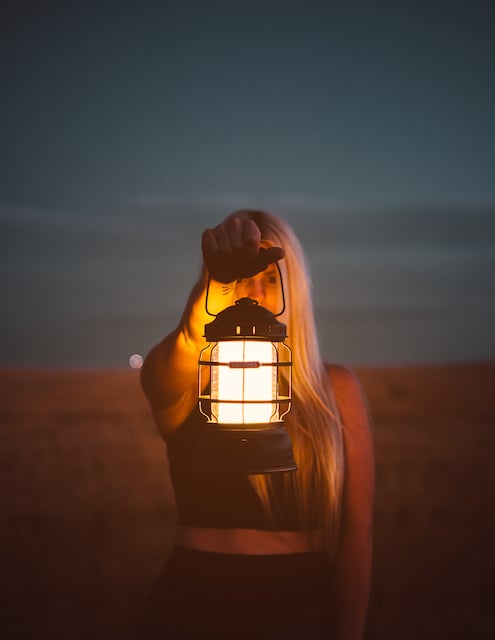 I had the privilege of receiving one of the greatest and most unusual gifts in life—not once, but twice.

This also leaves me with the responsibility to pass the lesson of this gift on, so that others can benefit from it.

The first time I received this great gift, I was a high school student sitting in a classroom, listening attentively to the weekly school announcement to hear who had won Student of the Week.

The second time, I was at a concert and walking to the restroom when a woman in an elegant dress caught my attention.

In both cases, I had no idea how profound of an impact these experiences would have on my life.

As I was listening to the principal’s announcement describing the achievements of the winning student, I noticed myself feeling impressed by what that person was doing and how she was showing up. I even thought for a moment, “Gee, I would like to receive one of those awards one day. I wonder what I would have to do to get that.”


I pushed that thought aside as I remembered that the past Student of the Week selections included a football player who was single-handedly responsible for a hard-fought win for the school, as well as a girl who had probably saved a life. There was no way I could ever live up to those standards.

Fast forward to the time when I was at the concert. The woman who had caught my eye almost reminded me of an elf. For the briefest moment, I was quite mesmerized by her appearance.

In both situations, I was stunned by what happened next.

Applause suddenly erupted in my high school classroom. I didn’t understand what was going on. The teacher walked over to my desk and congratulated me. My brain tried to make sense of this. Eventually, it dawned on me that the seemingly amazing person described in the school announcement was apparently me.

It might seem to you that I was being rather obtuse in that moment. Could this experience have been your experience? If somebody described the most positive aspects of you and you didn’t know they were talking about you, would you recognize yourself? Or would you think they were talking about some mythical, angelic creature who is clearly living in another reality than yours?

More than a decade after that day in high school, the elf-like woman at the musical event headed straight my way, giving me the chance to study her. I concluded that I would like to look as elegant as she did in that moment. For some reason, neither one of us would move to the side and out of the way. I began to wonder if we would run into each other, that is until I realized I was walking toward a mirrored wall concealed in the corner of a rather dark room.

Could this have been your experience?

If you saw yourself on the streets without knowing that it was you, would you think differently about yourself? Would your outside perception be different from your inner experience of yourself?

The reason these two situations were one of the greatest gifts of my life is because they showed me that there is typically the discrepancy between how we habitually see ourselves and how we would see ourselves if we were looking through somebody else’s eyes.

I wish everybody could experience something similar at least once. Fresh eyes on who we are and how we show up in this world might be the easiest way to deepen self-love.

While the situations I described were the result of an unusual and non-reproducible combination of surprise, luck, and coincidence, there are things everybody can do to change one’s own negative self-perception.

Here are three ways to get started:
.

1. Ask somebody who has high regard for you about their perception of you.
.
Chances are that the people around you will perceive you much more positively than you see yourself, especially if you are self-critical. By listening to how others perceive you, you can begin to open yourself up to a different point of view. The key here is to specifically ask about the positive qualities they see in you and to open yourself up to letting their feedback in. In addition to receiving this positive regard from people close to you, it can also be beneficial to receive it from other sources, such as an external support structure.

When somebody gives you a nice compliment, assume that they mean it. Take it in. Don’t let it pass you by and don’t wave it aside. Assume that this compliment might be the truth about you, or at least closer to the truth than any negative self-talk.

The hidden key to self-love might be simple: see yourself as if you were somebody else, and then allow yourself to recognize that that amazing person is actually you!

If you enjoyed this article, I also invite you to also check out my complimentary Love & Romance Call here.

Professional wizard (I mean, coach…) who used to be a lawyer. Global/German citizen living in the US. Find purpose, clarity & focus here: leaderforgood.com … Read full bio