3 Reasons we Love Drama (& 5 Secrets for Cutting through It). 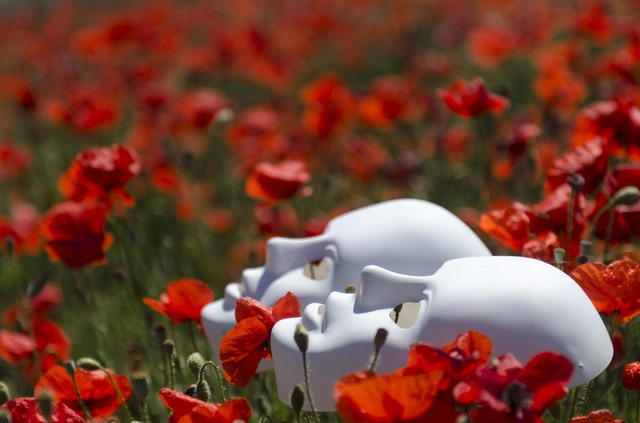 While drama can be great fun, when we get lost in our own drama, life appears darker than it is.

Cutting through drama is often the last thing we want to do when we are deeply engaged in it.

We love drama because:

1. It makes whatever is going on with us seem very important—when it isn’t at all.

2. It justifies throwing a tantrum, eating rich deserts, or not getting on with growing up.

3. It makes us seem so right and like we have been so wronged.

To discover if you are consumed with drama, place the back of your right or left wrist on your forehead, tilt your head back, and feign that whatever is happening is causing an instantaneous ending of the world as you know it.

If this “drama gesture” feels odd or funny, then you probably aren’t steeped in drama—but if it feels appropriate and familiar, then you may just be acting out more and enjoying life less.

Drama is defined as a play or an exciting, emotional, or unexpected series of events.

Drama leads us into overreacting. It is an attention-getting device, a way of justifying ourselves, and an attempt to steal the limelight from other people and lesser moments.

Drama suggests that we are powerless, overcome by forces beyond our control; it provides a path to escalating a social slight, small offense, or misstep from a mole hill into a mountain.

In the face of real tragedy—like death, loss of love, or injury—drama isn’t necessary, because what has taken place is real and obviously life changing and important. Drama is the mischief we get up to when we don’t think we deserve attention but still want it.

The problem with drama.

The sneaky role drama plays is that it distracts us from the fact that our lives are composed of mostly mundane, less than noteworthy moments—and in those moments, we are lovable, adorable, and human. In those moments, we can get on with celebrating who we really are—quietly, deeply, and often.

However, we are scared of ordinary moments, because they have us question our value. They have us imagine ourselves to be ordinary, common, or worthless. Drama distracts from these fears. In doing so, it draws the focus of attention away from grounded wholeness and on to knee-jerk reactions.

Drama offers us the pretense of importance, while really just reminding us that on top of being good people, we are also bad actors.

Dwelling on what we imagine shouldn’t have happened (or glorifying what did) is pure dramatic escapism. It’s easy to become addicted to drama and to resist more than we embrace. And when we do, it is time to cut through the drama.

Five secrets for cutting through drama:

1. Pull back the veil of drama to discover the humor that lies underneath our pretenses of importance. The killdeer, a bird that nests on the ground, feigns a broken wing to distract a predator from its nest. We feign a broken heart or the end of the world to distract ourselves from the pleasure in each moment. Now that really is funny.

2. Notice that when you open your eyes first thing in the morning, you are just you—but the moment your attention focuses on all the things you have to do, or you imagine the possible pitfalls and potholes that await you, then you are already engaged in drama. Let who you are shine through—without identifying with your burdens, the things that happen to you, or all that you must do.

3. Notice the sensations in your hands, arms, legs, torso, and face. These sensations don’t need to be inflated to provide evidence for your existence and offer a moment worth feeling. Feeling physical feelings will entertain and keep you from falling off the precipice of emotions into drama.

4. Don’t believe your thoughts, especially when you are “awfulizing” or “wonderfulizing.” Catch yourself blowing things out of proportion and laugh. Laughing at ourselves makes life worth living.

5. Seek and embrace, rather than trying to escape embarrassing moments. Let yourself bask in your own being just as it is. Stubbing a toe isn’t the end of the world—nor is having to call your mom, or catching a cold.

My son called last night. He was coughing constantly, his nose was running, and he felt awful. Though his symptoms weren’t terminal, he imagined that he was at death’s doorway.

He was dramatizing a common cold. Pointing this out to him would have been rude. However, noticing it reminded me that I have an ex-girlfriend I haul into my memory when I’ve nothing better to do, that a pound gained doesn’t mean I am becoming the size of the Goodyear Blimp, and that I really don’t need to get a chapter on my new book done today to prove myself of value.

Court ordinary moments, and you will discover that they are extraordinary without adding any drama at all. But play them up, and you will live a life of pretense still dwelling on the loss of your high school boyfriend, lamenting all the things you have to do, or the burdens that you “simply must bare.”

When all else fails in the face of drama, enjoy it.

Sure, drama makes life and living harder, but it also provides an escape from reality into theater. It provides a break when you need it most—but like a piece of chocolate silk pie, it is good once and a while, but doesn’t really nourish us.

Drama is part of life, but so is comedy, adventure, and documentary.

If you simply can’t get out of your drama, then by all means, dramatize your drama—revealing it to be absurd. Have cutting your nails be an impossible chore, or breathing to be burdensome, or going to yoga or not become a life-changing decision. Discovering how ridiculous drama is tends to sober us up and remind us that life—just as it is—is full, robust, and worth living.