Chicken or Fish? This isn’t about an Airline. 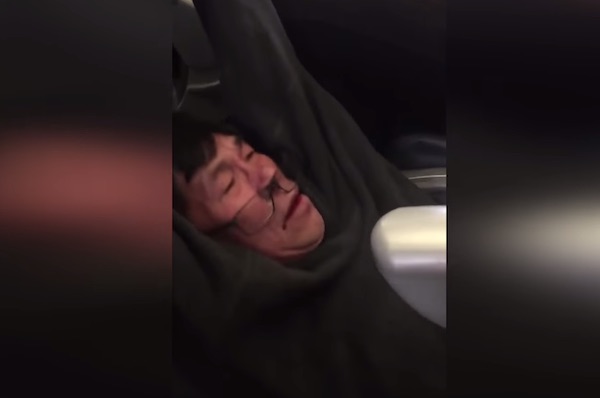 I couldn’t watch it.

That video from United Airlines that everyone is buzzing about, where the doctor is beaten and removed from an overbooked flight, no way, no how. I’m too sensitive a soul to take that in visually in a world that has become NC-17 rated. I read about it. I get it.

What I get is this:

I know, I know. I make a lot of statements that cause people to raise their eyebrows. So, for clarity’s sake, I’ll say it again, This isn’t about an airline.

That would be too easy.

Look around. Open the paper—if you dare. This is hardly the first incident of late where humans are treating humans in ways that are deplorable to the human heart. This time it’s just easier to digest because it hits home for those for whom race may not be a daily factor, or who are not living in a war-torn zone, or whose zip codes are not ones on this Earth in which human rights violations are delivered like your daily paper.

So, it “hits home” more. It’s in our faces, because many of the people reacting are the same people who fly the “less-and-less friendly skies” with regularity.

I get it. Flying the friendly skies is what I grew up doing. I lived the dream from an early age, by virtue of nothing more than being born. I was raised abroad in Japan, and as such grew up on United Airlines before it was United; before United bought all of those routes owned by the now-mythological PanAm.

Flying was a privilege. We dressed up. (I still do, and much to the dismay of my small people, so do they.) We were full of anticipation in taking part in the daily miracle and privilege of human flight. Reclining one’s chair was a luxury, square, white-bread dinner rolls with the sheen of a newly waxed Bugatti were abundant, and everyone watched the movie—the same movie.

Bags were treated to a free ride and we wore our plastic wings—the ones with real pins—with pride. We were trusted to not poke our fellow passengers with those pins. And, the people that worked in the industry mirrored that excitement and pride, holding hundreds of dreams steady and safe at 35,000 feet roughly 100,000 times a day.

It was a grand time to grow up and see the world this way. I remain grateful to this day.

What happened this week is abhorrent. I do not defend the actions taken, and United Airlines is 100 percent responsible for whatever consequences ensue. My hope is that, whatever comes of such sensational behavior, is a stark reminder.

This is about us.

This is about humans and how we treat one another, and that is what I believe is making our collective skin crawl. It’s about basic human decency. It’s about clear expectations and respect for one another. It’s about seeing the person before you for who they are.

It is about touching the hearts and lives of those around us in the same way we desire to be touched. It is about honor; vibrant in our differences but woven together in the bright textures and colors that are the tapestry of the condition of being human.

We’ve become numb. Did you dare to open the paper? I can hardly do that these days. It is that difficult to see. Every single day there are atrocities that mirror this in-flight injustice tenfold. Every. Single. Day.

And yet, United is what we are buzzing about. It is hard to witness injustice on a “regular” day, in the context of a “regular” activity. What’s harder still is the visceral reaction we have when we see our fellow human brethren treating one another from a place that cries out so loudly in pain, that our first instinct is to cover our ears because they ring in the same pain. It’s all we can hear. That ringing.

This isn’t about an airline. It’s a cry for help from our collective conscious. It’s a cry to look more closely at how we put our feet to the ground each morning, however and wherever we are going.

My humble hope from the spectacle that is “overbooking gate” is that we come to the realization that we can all do better. The details of that story will unfold as they will. Irrelevant of those details we have an opportunity to collectively use this moment as a stepping-stone; to reclaim our human birthright, which remains so simple, so powerful.

It’s a desperate cry to remember.

It’s about love. It’s why we are here. 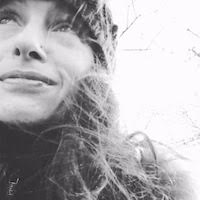