What Surgery Taught me about Vulnerability. 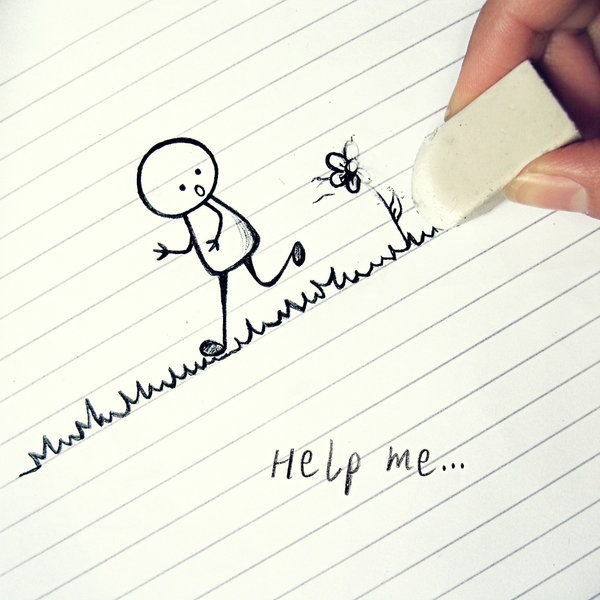 The pain was gradual.

It started with minor discomfort, particularly while sitting, and a loss of appetite. I knew something was off. After a few weeks, I started noticing pus in my stool and in the toilet. This was concerning, and the pain was increasing—frankly, I could barely sit—and so I was left with no other option but to head to the emergency room.

They did an ultrasound and found an abscess.

No wonder I didn’t have an appetite—my body was fighting a serious infection. And because of where the abscess was located, I would need surgery in order to drain it.

I’d never really been sick, and the thought of going under general anesthesia freaked me out. My close friends and family were at my fingertips, texting and sometimes calling, yet no one was truly by my side. Some didn’t know what was happening, as I felt too ashamed to call. It felt like I was being needy if I messaged them.

It was though I had to prove to myself that I could handle this on my own.

However, I expected those who did know about my situation to just show up, call, come by the hospital, or ask what they could do. Of course I wouldn’t have to ask for help from them. But in reality, only one friend came while I was in hospital waiting for surgery. It really blew me away.

Actually, I felt strong, and brave. It went well, and I had a great few days of recovery without pain. But by the third day, the pain returned, and I could hardly stand, let alone sit. The days that followed became increasingly worse.

I was actually quite afraid. Wasn’t I supposed to be healing, by now? Why did I feel worse than before my surgery?

My family was fully there for me, emotionally, but they live in another city, and I kept telling them not to worry, so they wouldn’t fly out. I felt like a burden. My mother was also managing her own health issues, so I didn’t want to stress her out.

During this time, I became intensely aware of who was there for me and who is not. In doing so, my focus remained on those who weren’t there, and I felt angry and hurt at their lack of support. They knew I was at home—why couldn’t they just come by?

The physical pain was now coupled with pain from the (perceived) lack of support from (some of) my friends. Why weren’t they picking up the phone, coming by, or asking what I needed? It felt insensitive and disingenuous when they messaged, so I began to grow resentful and walled up when they asked how I was.

I didn’t know at the time, but the abscess hadn’t been fully drained, and was filling up again—hence the pain. I was now waking up in the night, confronted with physical and emotional pain. It was incredibly hard to be with.

But instead of lying there or pushing it all away, I started getting up and meditating. Unable to turn away, the pain was guiding me to see, and later accept, where I’d been unavailable to people who needed me and where I’d been overlooking my own needs.

This new awareness began shifting my mentality and flooding me with memories of when I’d let people down when they needed me. Where I’d been too selfish to show up for them, but also where I’d avoided my own needs. Slowly and consciously through this realization, my victim mentality began to dissolve, and the pain and hurt were replaced with forgiveness and understanding. People can only meet us from where they are, my inner voice kept saying.

This little truth started transforming me, disrupting the system and calling me to explore higher truths. Truthfully, we aren’t wired to be comfortable with pain, so how was it that I was expecting people to show up, know what to do, or be there for me, when my own relationship with pain was largely one of avoidance? Additionally, how could people show up when I had failed to communicate my needs and wants?

Whoa, was this another huge realization. Not everyone automatically knows what we need. Un-communicated wants and needs can manifest into a breeding ground for pain, anger, and hurt to arise—precisely where I was residing. Truthfully, I didn’t know how to be vulnerable with people.

Coincidentally, I was reading Brené Brown and realizing through her words that the universe was nudging me to courageously express I was in pain, afraid, and alone, and I wanted people around me. Having these conversations made me feel lighter because my expectations began to dissolve, which allowed people to show up if they could, and allowed me to let go when they couldn’t.

As I leaned into this perspective, my anger and resentment gradually subsided, ushering in awareness, acceptance, and forgiveness. Accepting that people can only meet us from where they are made room for acceptance and forgiveness to pour in.

Not everyone can meet us on the bridge.

I had a second surgery nine days later on my own, and I felt stronger than ever. My mom flew out and met me in the recovery room right after surgery. We both wept. Although, I managed two surgeries on my own, it felt incredible to have her by my side.

Truthfully, the people, who were showing up in my life were incredible, and the gratitude and love for them flooded my heart. When I shared what I was going through, their care and concern blew me away. I worked to forgive myself, others, and truly accept that the smallest bit of care, regardless of how it was expressed, was meaningful. I could respond with thanks and love from this place.

I’m still not completely healed. I’ll likely need another surgery, yet I feel more equipped to handle what is before me. I’m more comfortable being vulnerable, and admitting I need help, can’t manage everything on my own, or simple want to be surrounded by the people I love.

When we find ourselves in times of need, we have to dig deep, be brave enough to ask for what we need or want, and admit where we’ve been ignoring our own needs. We can let people know we need them and be clear about what we need instead of feeling ashamed.

If you need a hug, ask for it. If you want them to come over, ask. Most people love to feel needed.

Work this vulnerability muscle and learn to accept help when it comes. It can be as simple as saying, “It would really mean a lot to me if you could (insert need).” And when they show up, deliver, or simply listen, acknowledge how much this means to you. Thank them and watch them light up. This last part is incredibly important.

You will be blown away at how incredibly responsive people are when you ask for what you need. When you are vulnerable, it allows people to see you. Through this stretching, we can also allow the process to transform the way we show up for others, in their times of need. 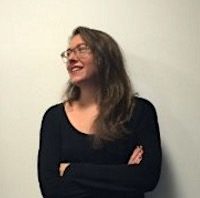