Why we Need to Look the Homeless in their Eyes. 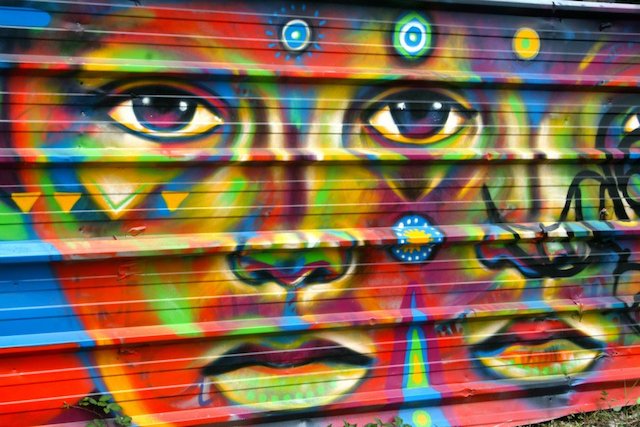 We all deserve love and acceptance.

The first time I had a conversation with a homeless person was 20 years ago.

My friend and I were dressed up for a night out of dancing and had just arrived at our destination. I opened the passenger door and was startled at the sight of a disheveled woman a few feet away from me with her possessions in a shopping cart.

I accidentally looked her in the eyes.

Up to that moment, I thought I was a compassionate person. I had been a volunteer for years with the elderly. But being elderly is not a “chosen” condition, and it was easy for me to be with them.

In my mind, homelessness was a choice—or a series of bad choices.

I didn’t know what to do when I saw the decayed teeth of the woman grinning at me. So I just said, “Hello” back.

She told me her name, and I told her mine. I said that we were going dancing, just to have a reason to walk away, but she persisted in speaking to me.

She told me about her children, about her previous career, her mental illness, and life as a single mother.
My ears perked up. Was she a missing person? I asked if her children knew where she was. She responded that yes, her children were aware of her homelessness and had asked her to live with them. But she had things that she needed to work out first.

That was my “aha” moment. She had things to work out. There was a gorgeous simplicity and wisdom in those words that caught me off guard. Suddenly, I felt a kinship with her. I too had things that I needed to work out in my life.

Homelessness, in theory, is quite different than experiencing it in person. And I hadn’t come face-to-face with it until that night. As I asked more questions, her internal lamp got brighter. My friend told me to stop talking to the homeless woman, but I felt sure that it was a “meant to be” moment, an important conversation that I didn’t want to end so soon.

She thanked me for taking the time to talk with her and for looking her in the eyes, as it had been a very long time since anyone had made eye contact with her. My eyes welled up. I found a receipt in my purse and wrote my phone number on it, then told her to call if she needed anything, and said goodbye.

I started volunteering at my local homeless shelter as a cook. Still, I felt a little off balance around the homeless people. I couldn’t put my finger on it, but it was as if my heart was in the right place and my head hadn’t caught up yet.

Five years later, I was at a place in my life where I could look at my uncomfortable past, namely my absent father. Since the inception of the internet, I annually searched his name and came up empty.

There he was in the Santa Cruz obituaries, listed as a homeless man.

My absent father, who was once a talented and prolific painter, an accomplished clarinet player in the Navy band, a furniture maker, and owner of a pottery studio, wound up on the streets.

I don’t know the story of his journey. I do know that he found it too difficult to go through life sober. His addictions came first. And maybe that was due to mental health struggles.

Ultimately, finding my father in the obituaries was part pain and part relief. I could finally make peace with what could have been and what was. It was, at times, an unsteady journey coming to terms with never knowing him, but the biggest takeaway for me was the question I asked myself, “How can I now be of service?”

Being of service can be a one-time action that puts good vibes out into the world. Or it can be a lifelong mission.

We can help when the spirit moves us—on a road trip, we made a pit stop to purchase a car full of socks because it was the most practical thing I could think of to give to a shelter in winter.

But it was in San Francisco that I found my gift. I smiled and made eye contact with many homeless people.
For each smile I gave, I received tenfold back in return. Each hello with eye contact garnered a passing conversation.

Together we were giving and receiving love, acceptance, humanity, and presence in each other’s eyes.

Maybe the homeless people we encounter have no home or family to go back to. Maybe they are living with mental illness. Maybe they are a veteran of war. Or maybe, like the lady in the parking lot years earlier, they too have things to work out.

What I knew for sure was that I felt comfortable with the homeless now, and that my head had finally caught up to my heart.

“Understand who you are, so that you can be the same, whether you’re talking to a homeless person or the president of the United States. You’re the same person.” ~ Stedman Graham

Here are some things we can do to make a human connection with our fellow travelers:

1. If you see a homeless person, really see them. Use eye contact and say hello. We don’t know how important human connection is until we are without it.

4. Volunteer at a shelter. You may make someone’s day, and they may make yours.

5. Start a revolution. A friend in San Francisco gathers donations to feed and love the homeless at the holidays. She reaches 100 homeless with gift bags of food, water, warmth, and a love note. 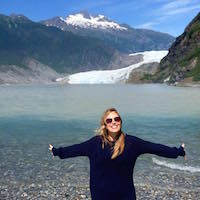