How Fake News made me Rethink my Parenting. 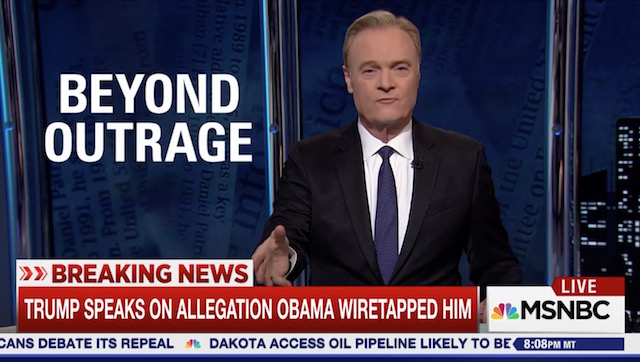 “In most daily journalism, you only fact-check something if it seems a little fishy.” ~ Ira Glass

I am raising teenagers.

They are a lot of responsibility and I worry about them constantly. Are they healthy? Are they safe? Will they make good decisions? Are they developing into responsible young adults who will be able to succeed in the world without me?

Up until now, I am fortunate enough to answer “Yes” to these questions.

But recently, America is in a state of transformation. And with that, the world of journalism is also changing. Journalistic integrity is not what it once was and our children may be the greatest victims of all.

I recall a sunny and warm autumn morning. It was the beginning of the school year and my kids were struggling to get back into the routine of rising early. My overtired 17-year-old son entered the kitchen declaring, “I’m glad Obama is almost out of office!”

This smart, sensitive, and thoughtful—and I mean filled with thoughts—child of mine has been raised in an incredibly liberal family. On top of it, he is vice president of his high school’s prestigious Congressional Debate team. This kid is frequently more informed than me, can often out-smart me, and usually wins an off-the-cuff deliberation about current events and political issues.

Always interested to hear his opinions, I looked up from making lunches and inquired why.

“He signed an executive order banning the Pledge of Allegiance in public schools nationwide!” he proclaimed. Skeptical, I asked, “Where did you hear that?” “It’s all over Facebook,” he said, “And if it wasn’t on CNN and ABC News I wouldn’t have believed it either.”

He went on to share some of the seemingly bizarre details of the executive order, as my 15-year-old daughter and I listened. My daughter inquired about some of the information she found surprising and shared the highlights in a group text with her “squad.”

As soon as my children left for school, I sat down at my desk with a cup of coffee and my computer and logged onto Facebook. While searching through the feed of friend’s photos, articles, and current events, I came across the story my son was referencing.

I read it too. Around the fifth paragraph I could tell this was fake news.

As parents, we already have a whole host of things we need to worry about with our children. We can now add to that how they consume the news.

There is a United States non-profit called Common Sense Media, which is an organization that aims to help kids and parents navigate media and technology.

Common Sense Media recently conducted a survey of 853 10 to 18-year-old participants and only 44 percent reported feeling that they can tell fake news stories from real ones. The majority could not tell the difference.

In the digital age, it is easier than ever to publish false information, which is quickly shared and taken to be true.

Teens and tweens are constantly fooled by fake news. They feel so deceived they have become distrustful of today’s media. And if they don’t trust the news, how will they learn about what is going on in the world?

Having been deceived in the past, young adults are now skeptical of the real news. When willing to take the time, they look for multiple accredited sources as confirmation for what they’ve read. Only to question the actual truth when our President, Donald Trump, discredits any negative polls, even by the most respected news sources, as fake news.

Not surprisingly, teens consult the Internet to get their news. They put their trust into social media sources. They also admit to knowingly sharing fake news and are perpetuating the problem.

On top of the fake news problem, tweens and teens feel misunderstood and misrepresented by news media. Feelings include both racial and gender biases. And they don’t understand why more stories aren’t about them. The stories that are about teens and tweens have grownups talking about them. They feel the media should include more people their own age in stories. Its no wonder they feel the media has no idea about the experiences of people their age. This increases their skepticism of journalism.

On a positive note to parents, our kids view us as the most trusted and frequent source of current events. Common Sense Media’s study revealed that over 60 percent said that in the past 24 hours they had heard about events in the news from parents—and two thirds of them trusted information from their parents more than any other source.

Teachers have become the second most trusted source of news. Many teachers across the country have ramped up media literacy training to help students recognize bogus reports and to help stop the spread of fake news.

That said, in a recent survey of more than 1000 participants conducted by the Pew Research Center, only 39 percent of American adults felt “very confident” that they can recognize news that is made up. Additionally, 23 percent said they have shared a fake news story.

Herein lies additional responsibility for us, the adults. We must scrutinize what we hear, what we read, and who the sources are. If our children, the future of this country, trust us to be the most valuable source of topical news, we owe it to them to be knowledgeable, factual, and accurate. That doesn’t mean we need to know everything. We don’t. But we owe it to our kids to get them the information and set the record straight.

Recently, my consumption of journalism has changed. I have become a much more mindful reader. I used to simply gloss over fake news, acknowledging to myself it wasn’t worth my time because it couldn’t be real. I feel differently now as fake news continues to be both relevant and rampant. It is my responsibility to be aware of the fake news that is out there.

Sometimes I also get fooled and need to fact check for clarification. Fortunately, there are plenty of good and reliable sites such as politifact.com, factcheck.org, and snopes.com that will help me set the record straight. Simply assuming a far-fetched story is fake is no longer good enough.

I am committed to continue to search for the truth for my children. I challenge you to do the same for yours.

“There can be no higher law in journalism than to tell the truth and to shame the devil.” ~ Walter Lippmann 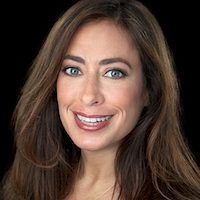