The Best Advice ever from the Dalai Lama about Trump. 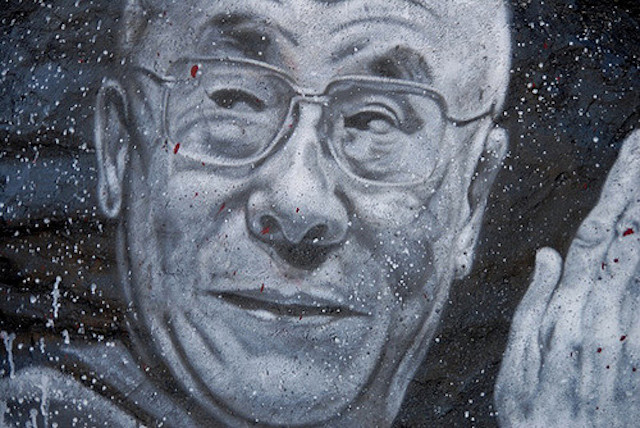 A lot of people were puzzled when Trump won the U.S. presidential election.

Blogs on what to do are circulating the internet like crazy.

Whoâ€™s better than the Dalai Lama to give advice during this distressing period?

I attended the Dalai Lamaâ€™s birthday celebration in Ladakh, India in 2015. An immense sense of bliss fell over meÂ when I saw his face. His mindful presence and strong compassion were contagious.

An undeniable sense of good energy around the Dalai Lama is palpable. We can even feel it when we see his documentaries and interviews. Consequently, we recognize how much of a naĂŻve human being he is. For me, His Holiness is the most suitable man from whom we can take advice. He is non-judgmental, compassionate and doesnâ€™t belong to any political or institutional organization.

To this day, China is occupying his country. When asked about the solution to end the conflict with the Chinese, he says the situation must be solved peacefully with compassion and wisdom. His approach to problems is always based on peace, never on violence.

The Dalai Lama was asked about his thoughts on Donald Trump. His Holiness made it clear he never has met him and doesnâ€™t know anything about him.

Not having the slightest knowledge of Trump’s characterÂ and having no intention of harming others, he impersonated Trump with an innocent heart. He even made fun of himself throughout the interview. Piers Morgan asked him if he has a smartphone. His holiness made fun of himself and explained how one time he answered the phone by holding it close to his mouth, instead of placing it on his ear.

Piers Morgan asked the Dalai Lama what should Americans do if Trump was elected president of the United States. Now that Trump has won the presidency, I reckon the Dalai Lamaâ€™s words are of great benefit now.

â€śAmerica is the leading nation of a free world and the American diplomacy is deeply rooted. But, when something little happens, Westerners sometimes lose their enthusiasm and optimism and when something big happens they get too much excited. This, I think is not good. This is life, there are the good things and the bad things. Our minds should maintain better calmness.â€ť

Piers Morgan also asked him if he would be happy to go and see Trump in the White house. Dalai Lama responded:

â€śYou see, it depends on him. If he invites me then I will go.â€ť

In the West, weâ€™ve been raised to solve problems with more problems. As the Dalai Lama said, we lose our peace of mind over the slightest matters, which in return overshadows our ability to think wisely. Buddhists have a different approach for problemsâ€”a more peaceful one.

During my Buddhist studies in India, a guy once asked our teacher what to do if a serial killer attacked us. Can killing the other person be considered as self-defense? The monk said while laughing, â€śFirst thing you should do is try to run away.â€ť

He added that if we canâ€™t run away, itâ€™s better to be killed than to kill. And most importantly, forgive whoever tries to hurt us.

The Dalai Lama says we must accept that good and bad things happen in our life. We shouldnâ€™t lose our calmness when things donâ€™t go our way. Rather, we must maintain a stable, wise and calm mind to know what to do in the face of adversity. We are blessed with wisdom and we must use it properly, especially in times of fear.

Furthermore, as his Holiness always emphasizes, compassion and inner peace are the most important inner factors. Without the presence of inner peace, there will never be an outer one.

Letâ€™s work on being more compassionate, more loving, and more peaceful. By all means, fight but, letâ€™s use our wisdom to know â€śhowâ€ť to fight.

Mindful bonus:
Get the hat! elephantjournal.com/hats