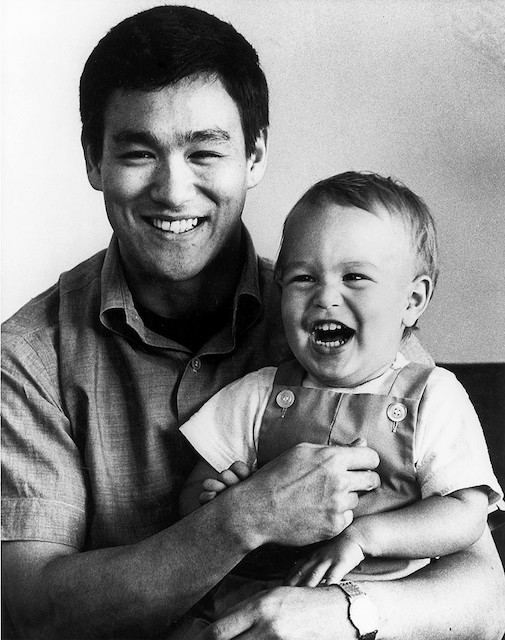 Forty-five years after he schooled Chuck Norris in an epic fashion on the big screen, Bruce Lee is still seen as a kind of enigma to most, a mysterious and eclectic figure whose essence has remained rather dormant and concealed.

The classic images of him are those of his flying kicks, his fiery fists, and the loud primal noises that came out of his mouth amidst his continual bouts of a**-kicking (something along the lines of, “Waaadaaaaaoooo!”).

He has certainly become a massive cultural figure, embodying self-empowerment, wisdom, and strength, among other things. But it seems to me that there is still much territory left unexplored in regard to his psychology and overall philosophy.

We only see the results of his approach to life, but seldom do we take the time out to actually comprehend what the approach was that led to such high achievement and existential success, and it is my great privilege to make a likely ill-fated attempt to do so now.

I read Tao Of Jeet Kune Do quite some time ago, a book on the perceptions and viewpoints of the legend himself, published posthumously. I couldn’t help but be taken aback by the sheer depth, power, and acuity of this man, and it really goes to show how deeply our mindset influences our actions and abilities in life.

It was amazing to realize how much thought and energy went into everything he did—his work, his art, his family, his life in its totality were all enacted with sheer precision and tremendous care, and much of this seems to have a great deal to do with his essential ethos and philosophy.

“Use only that which works, and take it from any place you can find it.” ~ Bruce Lee

The premise of his philosophy was efficiency—complete and utter efficiency of the soul.

Many people think Jeet Kune Do was his particular fighting style, but, in reality, it is a kind of existential precept, a spiritual law that he implemented in all of his endeavors.

If this precept could be defined, it would be something to the effect of being free of all dogma, all authority, and all doctrines. It is “the way of no way,” which is to say the path that has no direction other than what works best.

“Using no way as a way, having no limitation as limitation.” ~ Bruce Lee

Basically, his structure was that of having no structure, for any structure that could be utilized authoritatively and in absolute terms will ultimately work to constrain our abilities. For instance, he trained in a number of various disciplines and styles, but never really embodied any specific one entirely. His fighting style could not be contained for this reason, and, in actuality, his approach to combat laid the groundwork for modern mixed martial arts.

Take what works, discard what doesn’t.

It’s as simple as those six words, and he applied this to all facets of his life.

The results speak for themselves.

“Set patterns, incapable of adaptability, of pliability, only offer a better cage. Truth is outside of all patterns.” ~ Bruce Lee

He walked his own path, and encouraged everyone to do the same. Any rubric that we might set for ourselves, any formula we might create for our lives, is ultimately limited if we remain confined to that particular methodology, for our thoughts are far too rigid in relation to the constant ebb and flow of the universe. Life is in a perpetual state of motion, and, thereby, we must be versatile and responsive if we are to captain this ship.

“Bring the mind into sharp focus and make it alert so that it can immediately intuit truth, which is everywhere. The mind must be emancipated from old habits, prejudices, restrictive thought processes, and even ordinary thought itself.” ~ Bruce Lee

Bruce was really a pragmatist, which is a philosophical movement stemming from the likes of William James (among others), who stated that the truth was simply that which works. It is clear from Tao Of Jeet Kune Do that this was very much something Bruce personified, for his quest for truth was really a quest for personal and spiritual optimization, uncovering and manifesting his truest and most authentic self.

It was more a matter of negation and repudiation for him, which is to say a cleansing of his personal programming and cultural conditioning so as to elicit a state of heightened awareness and serenity within himself, rather than attempting to attain something outwardly. If this can truly be achieved to some degree, then our lives are much more likely to flow with incredible fluidity and power.

Bruce Lee has been one of the most formative and influential figures for me. The way he conducted himself as a human being inspires me in a way that I really don’t think I can do any justice describing through words. It makes me realize that anything is possible, and not in some hippy-dippy fantastical way but rather in a completely practical and functional way.

Through my bouts with severe chronic illness over these past couple years, his sentiments have proven immensely effective, for there has really been no rubric or practice instilled to make dealing with sickness any easier. There is no methodology applicable in regard to remaining focused and driven in spite of constant physical disability and malaise. It has been a practice of Jeet Kune Do, utilizing what makes sense and alleviating myself of what doesn’t. Use what works, and in that there exists some kind of truth, some kind of power that pervades the entirety of my being.

There is a kind of deep-seated sense of stability and freedom in letting go of any fixed structure for how to live, and I have come upon this sense through constant inquiry and self reflection.

I am indebted to this man for shining the light for me, and, moreover, showing me that the light could be shined. We are the light that shines upon the path of our own existence.