Five Ways my Life Changed when I Quit my Job & Travelled the World. 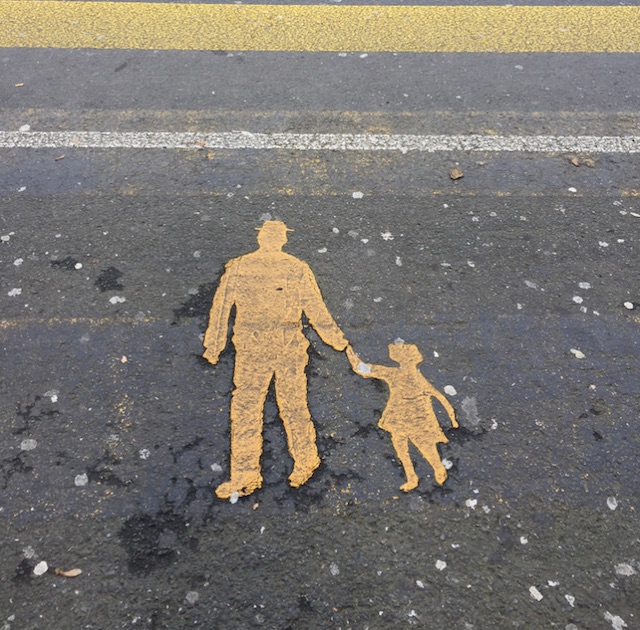 A raw account of some things we might learn if we ditched a life of luxury, gave away 80 percent of our possessions, and surrendered to the complete unknown—in our 40s, no less!

Don’t want to do it yourself? Why not have a vicarious look:

1. I stopped wanting “things” unless I needed them for a concrete reason.

You might think that this only includes material items, but it also includes emotional and mental points of focus. Traveling solo and in an uncertain direction, I could really feel when anything was weighing my mind and emotional life down. So, I made efforts to shift and release these things.

The most exciting result of this is that I now find myself worrying much less, in regard to just about everything. Really. It’s almost a problem because I don’t understand it when other people worry about things. It’s more important for me to either take action or be receptive, preserving my energy for when I really need it. So if something a week in advance seems precarious or hard to wrap my head around, I ask myself, “Can I do something about this now?” If the answer is no, I don’t think about it until I can, and then I execute.

Less metaphorically, in terms of possessions, I had a baggage weight limit, so if I felt in the mood to shop, I just perused stores until I realized I didn’t really need anything and became bored. I discovered I can get by on way fewer changes of clothes, personal care items, and makeup than I thought, and still have a good time and make really great memories.

2. I quit thinking about money in a dramatic/perverse way and realized what it actually is.

Money is energetic currency. It doesn’t play favorites. It simply moves. You don’t have to be a certain way to have it or lose it, to be born with it or without it. You work, you make money; you spend money or save it. It buys time, it buys comfort, it buys space, but is not an endpoint.

I think a lot of people would chime in and agree with me on this, but what living in and leaving Qatar taught me was that, when we find ourselves making plenty of it, we must ask ourselves what we are giving up in exchange. In my case, it was my morality, pieces of my soul, and my ability to be honest and authentic with myself. It was also my grasp on the way most of the people in the world live—by participating in a society that didn’t revolve around using others so dang much, I realized I didn’t have to either.

I realized that I like to have a sense of what things really cost to appreciate them. To be grounded. I like to experience quality and heart in relations with others, instead of accumulating utilitarian sentiments. I like to know that the society I live in is an intelligent one that is not destroying the environment, treating people like slaves, or denying refugees access even though it is the richest country in the world. For these, I would give up extra money and find a way. Because I know myself—I know how to make enough money to live in a balanced way and that I am not the type to use it to prove anything, so I won’t go ahead of my financial means.

3. I realized that the priorities of a society (and the value it puts on money) are what shape its citizens.

From Qatar, to Thailand, to Indonesia, to Portugal, to the States, to Peru, to Athens/Greece, and finally Switzerland—spending a minimum of three weeks in each to really get a sense of the culture—I saw radical differences in the way people live. I’ve also spent a year in sub-Saharan Africa, a few months combined in Turkey, 10 days in China, more than a month in India, and a brief stint in Nepal, so I have an experienced sense of what international development implies.

I’ve watched over the years how money rises up as a deity around the world. Not only among some grubbing criminal class, but also among leaders and people who are held in high respect—in the case of the USA, sadly, the dollar is holier than almost anything else.

Yet the sacred stature of bills is not really visible unless you step outside the borders of its “church.” The fact that many people in the USA haven’t is troubling. When nothing is more important than money, infrastructure suffers, crime soars, people get frustrated, education takes a back seat, and the media dare not sidestep their god. In Portugal, on the other hand, if a business typically sees a low point every day, they close the shop for a while and re-open when they estimate more people will come. People take pride in cleanliness and functioning infrastructure. They rest and live a balanced life that is not an ambitious chase after money, fame, and attention but rather a sense of peace and tranquility.

Still, the worshiping of money is preached around the world. How this plays out is nuanced in some cases. In Switzerland, for example, money has a strong presence and yet the people have decided to use it to improve the society and the lives of people. They have maintained the belief that connection to others and feeling comfort and joy is the point of having money.

This rise of money over human welfare is what people years ago were crying out about as the curse of globalization. But there was and is nothing to be done about it except wake up and decide not to worship it anymore. Money is money. It’s useful and used in many ways. That’s all. So what takes its place as a god if it should fall from that pedestal? What feels the most satisfying and sustainable to worship? For me, it’s living a life of balance, and connecting with and helping others.

4. I realized the difference between my universe and the universe, and experienced a beautiful liberation.

Humiliation: I think this is one of the main reasons I set out on this whole adventure in the first place. I wanted to put my ego in a place where I could see and feel more clearly what the best thing would be for my soul. Society after society, I simply consumed what I observed, felt, and learned. I saw that one of the greatest gifts of experience I could give myself was to look at how humans shape the world around them, and how nature and circumstance shape us all.

I gave back in money and presence but, really, I felt powerless to do anything else except live quietly, like a mouse. Someday soon I will be setting down roots again, the world will shrink and my perception of the power I have over things will inflate once more, but this time without the mistaken idea that I make anywhere near as much of a difference outside myself as I do if I focus on my own continued education, self-improvement, and quest for integrity.

5. Divine timing proved a reality that became increasingly more difficult to argue with, and this opened me to becoming more graceful.

Flight delays, luggage lost and found, disagreements with bungalow owners in developing countries—all of these incidents gradually led me to see that it mattered not whether I was pissed or calm. It mattered that I kept or returned swiftly to a level head. This was what made the difference.

And when I had a swell of feelings—when I missed a train right as the doors shut, when I met a powerful healer who purged my deepest pains, when I lost a credit card, when I found myself in a country where I seriously doubted I belonged—I let them come, let myself cry, and let myself move on, swiftly. I simply couldn’t afford a “down” day to revel in drama this past year.

I was the only one who truly had my back and, in the end, this was a great lesson to learn and hold dear.