Reading the News: Mindful Advice for those Head-in-the-Sand Types. 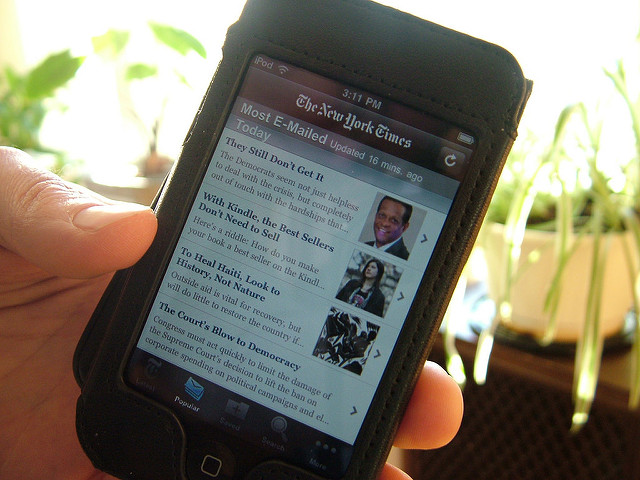 When Donald Trump was elected as president, I crawled into bed and didn’t leave for a day, which is huge for a go-getter like me.

It was a strong reaction from someone who had only done limited research on the candidates.

But, I thought Trump’s rhetoric, at the very least, was an obvious marker of someone who didn’t deserve to lead a country. Certainly not a country that bragged about being the best on the planet.

As he moved into office, I sat stunned at the implications.

What did it mean that I lived in a country that was defensive against anyone or any idea that was different? That’s how I interpreted the election results, anyway. I also couldn’t wrap my head around the fact that so many things he pushed against—climate change being one example—were so clearly true. How could facts get so misaligned?

I did some self-reflection, and found an answer.

This spread of misinformation (see buzzwords like “fake news” and “alternative facts”) comes from people like me. I didn’t do any real research on the presidential election, monitor the news, or vocalize my opinions. I put my head in the sand because I didn’t trust any sources, so I didn’t feel like I could make a solid stand on what I believed. I figured all big-name, corporate media was tainted by the motivation to sell dangerous, sinister ideas instead of the truth.

Rather than face the issue head on, I ran away from it. I reasoned: What could one person do against such a flood? Out of despair, I continued to avoid all depressing news outlets.

Thankfully, I joined the elephant journal Academy and was given the opportunity to change my perception.

I was initially drawn to its lessons on social media and editing, but it also included a module titled “Responsible Journalism.” Going into it, I had assumed responsible journalism would be drawing more attention to environmental needs, like paying attention to natural resources that get mindlessly wasted in printing newspapers. While there was an emphasis on mindfully using resources, I was pleasantly surprised to find a more in-depth lesson about where our news comes from, and how journalists put together their articles through intense and proper fact-finding procedures.

Like the brown-nosing student I am, I followed up on assignments that included tracking the coverage of a major issue and reading documents like the New York Times Ethical Journalism Handbook. I’ve gotta say, that handbook changed my perspective of journalism (which does not equal corporate media—lesson learned).

I finally understood the real motivation behind journalism, which is undoubtedly influenced by capitalist gains, but not driven by it. Instead, the clear outline of the expectations of a publisher’s role in the field gave me an idea of what really was at stake in giving news in a responsible, mindful fashion.

On a personal level, it made me realize how my inaction fostered an environment in which fake news can continue.

Without critical readers like me, who can help popularize and perpetuate responsible journalism outlets like The New York Times or the BBC, they have no audience to reach, no way of enacting change. Short-sighted agendas that promote “alternative facts” feed on the kind of avoiding tactics I adopted pre-election.

Staying in bed after a difficult blow is much easier than getting into the thick of the fray, and the news still does depress me. But it has opened my eyes to silver linings in what would otherwise be, for me, a culture-wide reversal of modern achievements in many social areas. Two examples are the protests within and out of the government, and a surge of others who, like me, realized the importance of paying attention and getting active.

Listening to the BBC Newshour has become part of my morning ritual, and I get daily newsletters from NPR and The Atlantic covering the latest issues. While I’ve learned to trust them, I still think critically about what I read, and definitely advocate getting information from multiple outlets for different perspectives.

I can have conversations that I used to be intimidated by, because now I have the information, and faith in the impact of that information.

It’s a real challenge of mindful living, intellectually and emotionally, but I’m more afraid of sticking my head in the sand again, and the consequences of that ignorance.

Benjamin Franklin said, “Being ignorant is not so much a shame, as being unwilling to learn.”

Because of what I learned about journalism’s ethical standards and procedures in the elephant journal Academy, I am anxious to learn, which is an attitude I am happy to notice is becoming more contagious.

I’ve noticed that my experience is not limited only to myself. Large groups are still protesting many of our government’s moves, which shows they’re paying attention. I’m not just talking about taking to the streets and holding signs (which is important, too). Even sharing news articles and other sources—that responsibly gather credible information—is how we’re doing our part to make sure that no government decision goes unnoticed and unevaluated. Now, that means checking how a story is formed and where that info came from; trust me, I know it’s a difficult habit to start. But now that I feel knowledgeable and well-established, the hard work makes all the difference.

Before I started researching my sources, I was getting a lot of my info from The Huffington Post and not much else.

After completing the elephant journal Academy, I started looking more at Washington Post and BBC articles. The bipartisan approach from the sources in the middle have really improved my outlook on the news. I suggest challenging yourself to read two to three news articles a day, to get used to following a story’s development. Watching a news broadcast is great too, but keep in mind the sources!

How we consume info is a lot like consuming food—the junk is easy to access and the healthier stuff takes more work, but is usually more worth the effort.
~ 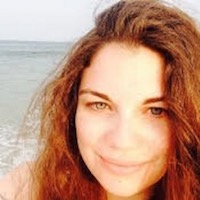