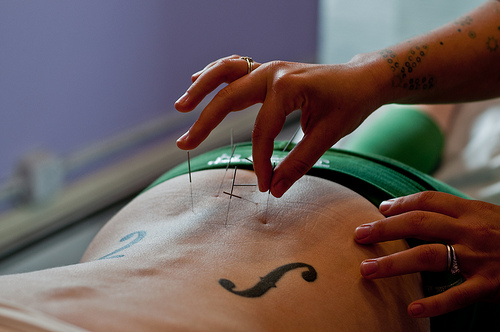 Recently, a 51-year-old man came to me wanting to end his reliance on ibuprofen.

He had been struggling with hip arthritis and diffused joint pain, and taking over-the-counter pain drugs three times a day to manage his discomfort. This had gone on for a over a year, and he was concerned about the long-term health impacts of dependence on pain drugs.

“Is there a better, safer way?” he asked me.

As a naturopathic doctor, I know well how debilitating pain can be, particularly when it’s chronic. Yet the conventional solutions—strong, pharmaceutical drugs—are turning out to be worse than the problem. They certainly get rid of pain—but at what cost?

Since 1999, the rate of overdose deaths that involved opioids nearly quadrupled, with over 165,000 people dying just from prescription opioid overdoses.

And that’s just the hard stuff. Numerous studies link aspirin to a broad range of side effects ranging from gastric ulcers to cerebral bleeding. A large body of research links ibuprofen to adverse health effects, including anemia, DNA damage, hypertension, and miscarriage. Meanwhile, acetaminophen is the leading cause of acute liver failure in the United States.

While strong pharmaceuticals such as OxyContin and Vicodin, and over-the-counter nonsteroidal anti-inflammatory drugs (NSAIDs) certainly have a place in treating pain, they’re not the first choice of licensed naturopathic doctors (NDs). NDs are primary care providers educated and trained in a four-year accredited naturopathic medical college and have passed rigorous exams as part of a licensure process.

As a licensed ND, I work to engage the inherent healing capacities of the human body. I target inflammatory pathways to help reduce inflammation and its ensuing pain. Pain is individual, and so is pain management. Non-drug approaches can include dietary recommendations, mind-body and physical medicine approaches, and nutritional supplements.

For my aforementioned arthritis patient, diet change plus oral curcumin, plus Omega-3s was the right combination to completely relieve his pain, address his underlying inflammation, and, as a bonus, elevate his overall mood. The ibuprofen has been out of his medicine cabinet for months, and he hasn’t looked back since.

Many herbs, botanicals, spices and supplements have a long history of effectiveness in lowering pain and inflammation.

Fish oil is well-known for its anti-inflammatory properties. A study comparing ibuprofen and the omega-3s found in fish oil “demonstrated equivalent effect in reducing arthritic pain.” The authors concluded that fish oil supplements “may be a safer alternative to NSAIDs” for some patients. I have seen fish oil help patients with osteoarthritis, chronic non-arthritic joint pain, and bursitis. It can also accelerate recovery from post-exercise muscle soreness.

Curcumin is the active compound in turmeric, the bright orange spice used in Indian food and curries. Taken in oral form, it can be a powerful anti-inflammatory, with beneficial effects for rheumatoid arthritis and osteoarthritis.

It also acts as an anti-inflammatory agent in neurodegenerative, cardiovascular, pulmonary, metabolic, autoimmune, and neoplastic diseases. Since curcumin is not terribly well-absorbed, it’s best to look for products that use the BCM-95 form of curcumin. Studies show that BCM-95 curcumin is better absorbed than the garden-variety kind.

Capsaicin comes from hot chili peppers, and has a long history of use in the practice of natural medicine. It decreases substance P—a compound in the body that transmits pain impulses—and has been shown to be effective in diabetic neuropathy, postsurgical pain, and Guillain-Barré syndrome. Patients were able to significantly decrease the intensity of both migraine and cluster headaches after using capsaicin cream inside their nostrils.

Many other spices, botanicals, and herbs have a long history of medicinal use for pain. The American Pain Foundation lists ginseng (for fibromyalgia), kava kava (for tension headaches), St. John’s Wort (for arthritis and sciatica), and valerian root (for spasms and muscle cramps). Ginger contains potent phytochemicals that help fight inflammation. Feverfew, a medicinal herb, has been used as a headache remedy for centuries, as has butterbur. Some over-the-counter mixes of herbs and botanicals like turmeric, ginger, and holy basil can also ease pain. A naturopathic doctor will be able to customize combinations of natural substances in the correct doses.

SAMe (S-Adenosylmethionine) is a compound that is made naturally in the body. It is well known for its effect on mood, but it also helps with joint pain by reducing inflammation. One study showed that SAMe was as effective as most NSAIDs in reducing arthritis-related achiness, and another study favorably compared SAMe to celecoxib in the management of symptoms of knee osteoarthritis.

Acupuncture originated 3,000 years ago in China, and has a long history of being used for pain. Guidelines issued by the American College of Physicians recommend that acupuncture be considered as one of several non-drug approaches physicians explore with patients who have chronic low-back pain. I have seen acupuncture help with chronic neck and back pain, shoulder pain, tennis elbow or tendonitis, knee pain, and plantar fasciitis.

Resveratrol is a natural compound found in certain fruits and plants. It supports healthy gene expression associated with suppression of pro-inflammatory cytokines, which worsen nerve pain. It can be used in conjunction with conventional pain treatments, making those medicines even more effective and, hopefully, reducing the amount of those medicines need to be prescribed. In the last few years, research has shown that resveratrol preserves the pain-relieving effects of morphine, making a dose of that powerful (but potentially dangerous) medication last a lot longer so patients need less of it.

There are many other natural remedies for the management of pain and inflammation, and these treatments do not require toxic and dangerous drugs with their significant potential for addiction. Naturopathic doctors, by the very nature of their training, are deeply familiar with all of them and can help you develop an individualized, multi-modal, non-toxic treatment plan—before reaching for the “hard stuff.” 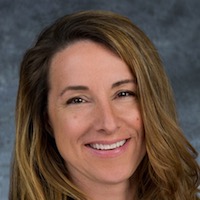