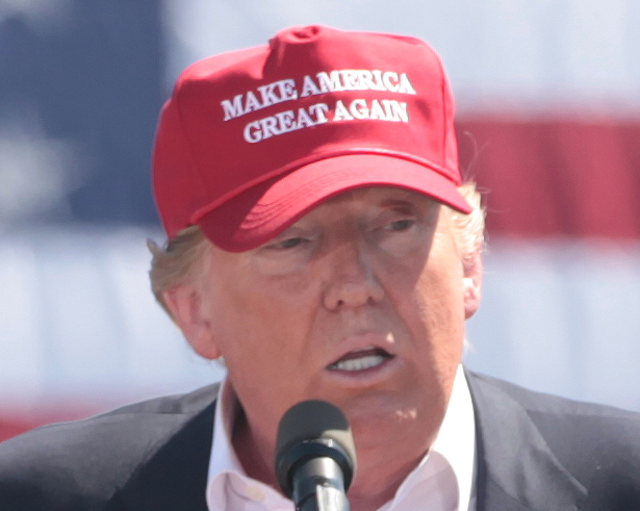 The so-called Golden Age, from the 1950s to the 1970s, was an exceptional phase of American history. Looking back upon this era, which is now widely considered to be the epitome of American prosperity and greatness, historian Eric Hobsbawm wrote, “Gold glowed more brightly against the dull or dark background of the subsequent decades of crisis.”

The vague but much-repeated promise to recapture the wonders of this bygone era was the foundation of Donald Trump’s winning presidential campaign in 2016, and its slogan, “Make America Great Again,” falsely promised a return to the fairy tale past that never existed.

The Golden Age was marked by the explosive growth of the world economy. This was a new kind of economy, one of mass consumption based on full employment and regularly rising incomes. Yet, the right maintained its hold on political power and control throughout most of the world. By the 1960s, it had become clear that capitalism was forging ahead, winning the ideological race and leaving socialism and communism in its dust. Interestingly, the terms “capitalism” and “capitalist” were considered somewhat taboo and, therefore, were not widely used in print or in conversation until the late 1970s.

Postwar capitalism cohesively combined both economic liberalism and social democracy. There was a clear parallel between the ideological shift to the left in the late 1960s and one of the most significant public developments of the decade: the creation of the welfare state. Welfare expenditures began to dominate a much greater portion of public expenditure. Under the stabilizing influence of expanding and interventionist welfare states, international rates of manufactured output quadrupled and international trade grew tenfold. The spread of consumer capitalism to Europe led to this exponential growth and increasing interdependence.

The Golden Age coincided with the culmination of an 8,000 year period in which the vast majority of human beings on the planet had lived directly off the land. Along with this ending came a promising new beginning: the gradual yet steady emergence of an increasingly urbanized and industrialized world. With the exceptions of India, China, and sub-Saharan Africa, the collapse of the peasant class across the world was dramatic, even more rapid than the dissolution of Europe’s peasantries in the nineteenth century.

Alongside the migration from the countryside to the growing metropolitan areas came a wave of new technologies. This was the dawning of the globalized age of the automobile. Mass production in the style of Ford was extended to new kinds of production, from house construction to junk food. McDonald’s was a postwar success story. Technology spread: telephones, plastics, TVs, computers, and domestic electronics ever decreasing in size and increasing in portability—these things that had formerly been luxuries became part of everyday consumption.

Along with the sharp increase in manufacturing came the unfortunate and unacknowledged by-products of pollution and ecological deterioration. Yet, as Hobsbawm wrote, “The dominant ideology of progress took it for granted that the growing dominion of nature by man was the very measure of humanity’s advance.” Civilization bulldozed through the jungle without showing any mercy or regret. At the expense of the planet and environment, the bottom line became the top priority—as it often still is for too many multinational corporations today.

Although the level of total energy consumption shot up throughout the developed world—tripling in the USA between 1950 and 1973—as did the manufacturing of products containing carcinogenic chlorofluorocarbons (CFCs), serious ecological concerns regarding the use of fossil fuels (coal, oil, natural gas, and beyond) had not yet become a part of mainstream consciousness. Of course, the general public did rightfully begin to express concern as city dwellers became eyewitnesses to the development of air pollution. A sickly, yellow smog was seen looming over vast urban areas due to the buildup of toxins in the air from the incredible amount of vehicles on the road.

During these Golden decades, life expectancy increased dramatically, going up in the United States by 17 years between the World War II era and the early 1970s. The rate of food production increased at a faster pace than that of population growth, leading to the first instance in which the world had seen a surplus level of food production. Yet, at the same time, there was also a growing number of people going hungry across many pockets of the planet due to the lack of resources in poorer regions, insufficient infrastructure for transporting excess food to the areas that needed it, and the growing gap between the rich and poor.

Toward the end of the Golden Age, governments began to concern themselves with controlling inflation. By the late 1960s, the hegemony of the USA finally began to decline, and the mighty gold dollar-based world monetary system broke down as paper dollars became mere paper.

As the working and middle classes grew, so did their demands for social reforms to improve the lot of the unemployed, the poor, children, and the elderly. The clash between classical orthodoxy and these new social movements turned into bitter, often violent, conflicts. Attempts to maintain global capitalism without addressing those ill-treated by world markets drove societies toward polarization and conflict.

All good things must come to an end. The problems which the Golden Age had largely eliminated for a generation—poverty, mass unemployment, squalor, instability—reappeared after 1973.

While liberalism is not yet a triumphant universal ideology, it was one great constant of the twentieth century and continues to illustrate how enterprise can reign, authoritarianism can be defeated, and cultural experiments can continue.