What Chris Cornell Taught me About Grief, Love & Art. 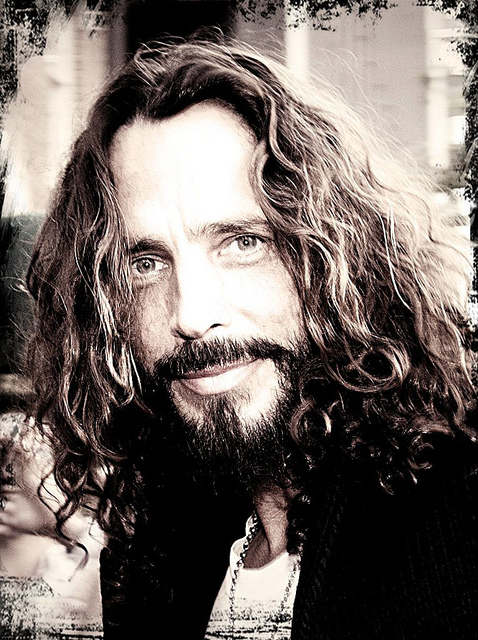 “I think you’re going to like this,” my brother said to me as he handed me the Temple of the Dog CD.

I felt a small sting of knowing that at 15, my little brother was cooler about music than I was. But I also knew that he understood my taste.

I grabbed the silver-bottomed disc by the edges and slid it into my 5-disc player. Then I leaned back on my bed, stretching out my legs.

My brother was right.

The mournful lyrics of some of the songs, the singer’s transcendent voice, the blur of the guitars—it all went straight to my core. This wasn’t the hard rock that had permeated the radio a few years earlier, the strutting, bravado-backed hair bands. No, this was something else. Something rain-soaked and resonant, sullen and sultry, poetic and poignant.

It was one of those rare albums where, instead of just finding one or two songs that I loved and flicking through the rest, I liked almost all of them. The music was layered, as if there was some magic ingredient that I couldn’t put my finger on.

When I pawed through the pages of a Rolling Stone and read the story behind the music, I started to understand. Temple of the Dog had been created as a tribute album to Andrew Wood, a Seattle singer whose band, Mother Love Bone, had been on the verge of stardom when he died after a heroin overdose.

Chris Cornell, another rising Seattle star who’d been a roommate of Andy’s, wrote the first songs, “Say Hello to Heaven” and “Reach Down,” after his death. Andy’s surviving bandmates joined him, as did another vocalist—a young musician named Eddie Vedder, who would go on to create Pearl Jam with two of the remaining members of Mother Love Bone.

The album had been recorded in just over two weeks. It was raw and robust. The secret ingredients I sensed were love and loss, vulnerability and yearning, as well as the mysterious grace of talented musicians coming together in the right space and time.

It was the first time it occurred to me that the deepest pain could be harnessed and re-shaped into something beautiful.

I woke up this morning to the news of Chris Cornell’s unexpected death.

I held back tears as I made my kids’ breakfast and packed their lunches. I thought about that first time I heard his voice, just after my brother handed me the CD. The truth is, I don’t know a lot about Chris Cornell’s life—but I know he had the voice of an angel. I know that he created something gorgeous out of the ashes of grief.

And I know that the music of the ’90s is lodged deep inside of me. It’s the soundtrack to the confusion and exquisite lust of young adulthood. It’s also tethered to my own grief for my little brother, who was studying the music business, and who died from heroin just as the decade closed out.

I know that Chris was one of the few Seattle frontmen, along with Eddie Vedder, who survived that era—Kurt Cobain, Layne Staley, and Elliot Smith all died young and tragically. And now Chris Cornell is gone too.

And I’m all grown up now. Middle-aged. Much of my life has already been decided. I’ve chosen certain paths, avoided others. I’m far from that girl, clad in a flannel shirt and cut-off shorts over black tights, teetering on the precipice of adulthood; she was both terrified and thrilled.

But when I listen to Chris’ voice, I feel all that uncertainty and yearning again, thick in my throat and under the knots of my ribs. I feel flannel, and raindrops, and home.

This is both the gift and the bittersweetness of the soundtrack of our lives—how it gets lodged in our cells, and how it can rise back up again out of nowhere, potent as ever. His voice brings me right back to that tempestuous time when I learned that we can make sweet things out of our deepest sadness. That beauty can grow in the darkest, dampest places if we tend to them.