When we can’t Cover Up the Pain, there’s Still something we can Do. 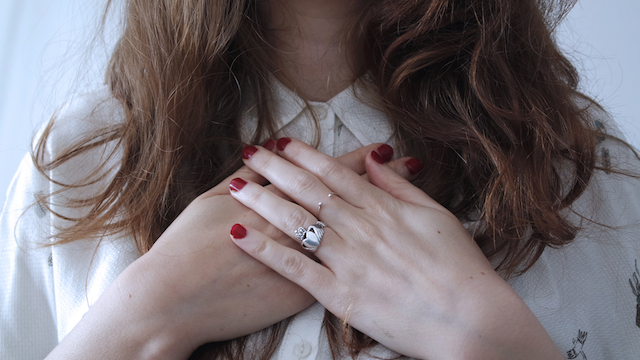 I need to come out and say this right from the start, because I believe it’s one of the most important lessons we can learn in order to fully accept who we are and who we may choose to become.

Many years ago, I believed in the void. I believed I had a hole in me. That aching, empty, bottomless pit inside me—the “hungry heart,” as Susan Peabody calls it—was often the driving force behind my need to stuff myself with something, anything, so as to keep from feeling incomplete, alone, worthless.

Many people who suffer from depression, anxiety, and addiction, in fact, tend to fill that void with toxic substances, processes, and behaviors. We latch onto destructive people, get involved in inappropriate relationships, take drugs, have meaningless sex, smoke pot, spend money, overeat, or drink excessively, all the while believing that if we found the right stuff to fill ourselves with, that empty feeling would go away.

At some point, believing I was making healthier choices for myself, I filled the void with actions that I thought were proof of self-love: I allowed the aching inside me to guide me to close friends, healthy food, positive affirmations, exercise, and hard work. I took up painting. I wrote more. I joined a book club. Like all the self-help books taught me, I cultivated a Law of Attraction; what you seek is seeking you became my motto. I thought, “If I seek more, do more, become more, the void will go away.”

No matter what I did, where I went, or whom I was with, it was there. It was part of me. Or rather, it was a missing part of me.

The truth is that for anyone who has ever suffered, ever lost a loved one, or ever had their heart broken, there is a real, physical feeling of emptiness. If you pay close attention, you can actually feel a hollowness. Like the Tin Man knocking on his chest, it’s almost as if we can hear the clanging echo of our vacant heart when we are sad.

And yet, I ask you to believe that there is no void.

What if you sat in a room with it and experienced it instead of trying to stuff something in it, hide it, or cover it up with healthy stuff or unhealthy stuff? What if you just accepted it like a dimple or a slight indentation in your skin? Something that makes you, you? Something you cannot get rid of, but rather something that simply exists, and needs only to be acknowledged, not analyzed?

I asked myself these questions at my lowest point. I was experiencing deep suffering after a devastating breakup and I remember literally crawling on the floor, clenching my stomach, red-faced from crying for two days straight. I begged the universe to give me something to make this horrible feeling go away—a pill, comfort food, a cigarette, a drink, my relationship back…anything. The void was eating away at my insides.

It was at this point that my aching brain threw me a lifeline. I quickly realized that this pain was too painful to cover up. This pain was too deep to be filled. No friend could make the void disappear, no drug could mask the emptiness. Even if the man I loved had come back and said he made a mistake, that he wanted me back again, even that would not have kept me from feeling incomplete and worthless.

There was only one thing left to do: I needed to just sit with it.

For the first time in my life, instead of curling up and rocking, trying to avoid the emptiness, or running out and trying to find someone else to replace the loss of my love, instead of shoving food in my face, or drinking myself into an oblivion, I let it in—the pain that is. I told myself, “This is a part of me, so I will experience it, know it, and accept it.”

And I did. And it was excruciating. And every time it crept up on me, that feeling of being hungry for something, anything, (and there were lots of those times, even long after my breakup), I said, “This is a trick.” And it was. It was and is a psychological trick.

Eventually, I started to be okay with the idea that, even if it felt like there was nothing there, there really was. I started to understand that nothing was missing. There was no void. I am whole. And once I got that, I stopped trying to fill myself with garbage, or for that matter, so-called healthy distractions. Suddenly, there was no point. I was full.

I came to realize that this acceptance of emptiness and acceptance of the void was the basis for Buddhist meditation. Well, it’s more likely that I had read about it first, didn’t pay much attention, and then, when I needed it most, the information popped back into my head.

Osho writes about it perfectly:

Today, while meditation is still not something I practice on a regular basis, I will sit with the empty feeling. I have gotten quite good at experiencing it, allowing it in in all its unpleasantness. The trick is to trust. Unlike before, I now trust that I have no void. I am complete.

By cultivating a belief in my own completeness, it has changed the way I perceive the world and those in it. I no longer depend upon others to feed my hungry heart—I either enjoy people or I don’t. Emptiness is no longer the driving force behind my behavior, which makes me less needy and far more willing to share and give of myself.

And while habit dictates that the immediate gratification of stuffing the void with anything toxic or otherwise is far more desirable to take the edge off, I quickly remember that that’s a temporary fix. I remember, I’m already full.
~ 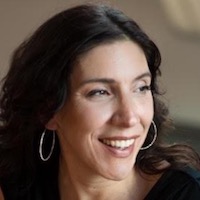