Our Thoughts Don’t Create Reality: The Law of Attraction Clarified. 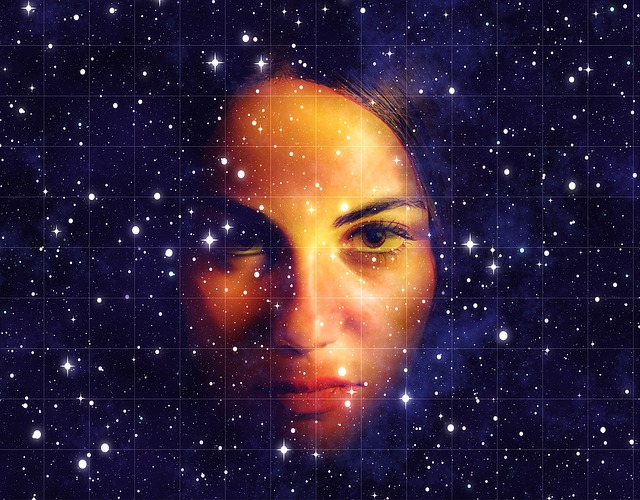 A few days ago, I published an article here at elephant journal called Thoughts Don’t Become Reality—Understanding The Law of Attraction.

Suddenly my inboxes were so full they were heaving!

So many people welcomed the article and the clarity it offered on the difference between a thought, a feeling, a belief and an emotion, and how all of that related to Law of Attraction.

However, there were also requests for more information, seeking even greater clarity and asking the “How to” questions.

So this is a response to those. If you didn’t read the article, you don’t need to have done so in order to benefit from this one; this will stand alone.

It’s why healers can affect the recovery of someone on the other side of the world.

Most of us wouldn’t disagree. The bit we might disagree about—because we are incredibly muddled here in the West about the difference between thoughts, beliefs, feelings and emotions—is the “how” of it.

We seem to have come up with a statement, which has become a belief, that our thoughts create our realities.

However, while our thoughts are part of what creates reality, they are not the prime mover. They’re one of the company directors, if you like, rather than the CEO.

Knowing and understanding this helps a lot. It instantly gives us the power to influence our reality faster and to change it permanently.

Let’s take the two major feelings from which every single other feeling in the Universe has its source: love and fear. Everything we create, vibrationally, arises out of one of those.

That immediately makes it a whole lot easier.

Love and fear are feelings, not thoughts. We don’t think love or fear; we feel love and fear. And our emotions respond with sensations we can’t mistake. Vibrationally, love and fear are the most powerful vibrations in the universe, and this is the stuff of creation and manifestation.

A thought can recognise what we’re feeling by noticing its emotional manifestation in our body, it can help us to understand it, to contain it, to influence it…all of which is hugely important!

At no point are we saying that our thoughts aren’t a vital component. It’s simply that, in terms of our unique vibrational signature, thoughts aren’t the biggest players; emotions are. That’s because it’s emotions that emit our vibrational frequency. Our thoughts—with practice—can notice what’s going on and make it conscious. And, in that, they are immensely useful! But it doesn’t start there, nor does it end there!

That’s why affirmations (thoughts which are stating intentions and beliefs) work for some of us and not for others. If thoughts created reality, we’d only have to keep stating affirmations and bingo!…everything we’re intending to happen would happen, right?

But that’s not how it goes.

And that’s why it feels so important to me that I try to help us all get a little clarity on this. So we can create the reality we want, by understanding this whole business of vibration.

So, here’s Marie. She grew up in a family where everyone else got what they wanted—she had fairly self-centred parents, who followed their own dreams but forgot they had a little girl who had some of her own. So, by the time Marie is a grown woman, she has some pretty powerful beliefs going on about not being entitled, and not having the power to change things. She wants to, but those beliefs keep getting in her way, because they keep emitting fear.

Bad news in terms of The Law of Attraction!

Marie’s read lots of self-help books. Oh so many. With a fair degree of desperation, truth be told. She hopes they’ll help, but deep down she doesn’t believe they can help. Or that anything can help!

Then she comes across something called Law of Attraction. It’s new and exciting and she reckons it might be the answer she’s been looking for! Everyone keeps telling her: ‘Thoughts Become Things! Change your thoughts and your reality will change!’

It sounds pretty magical, but Marie’s thinking, what can she lose!

Marie starts saying affirmations out loud to herself morning and evening. She makes a vision board. She watches motivational videos. She joins Law of Attraction groups on Facebook. She signs up to receive motivational emails every day in her inbox. She’s doing everything she can!

But her reality doesn’t change; in fact, if anything, things feel even worse!

And Marie’s bewildered. She can’t understand why!

So, how does all this help us? And Marie?

How does Marie turn all that around?

When Marie changes her emotional response, which is what is vibrating out into the Universe, busily creating her reality, her reality can’t help but change.

This tells her where those emotions come from—which is always how the past felt to her, often as a child—and she can hold the hurt part of her in love and understanding (from her current adult perspective) rather than fear (the perspective of all that hurt part of her has learned to believe, and be angry and resentful about, and which is still vibrating out powerfully right now)

And once she’s got her thoughts, feelings, beliefs and emotions all linked in together, she’s tuned in to all the abundance and certainty the Universe has been wanting to give her all along!

It isn’t that our thoughts don’t have a part to play. They help us to think about what’s going on. But it’s our emotional signature, our vibrational footprint, which is actually creating our reality, moment by moment.

Once we get that, and learn to use it consciously, with emotional awareness, we’re truly unstoppable! When we start making intelligent use of our emotional GPS in this way, The Universe responds! It can be no other way!

The Missing Link in the Law of Attraction.

9 Habits to Help Us Manifest Our Dreams Using the Law of Attraction.

BONUS: How to be an ideal person: