Yours, Mine, Ours & Somebody Else’s: A Modern Family Recipe. 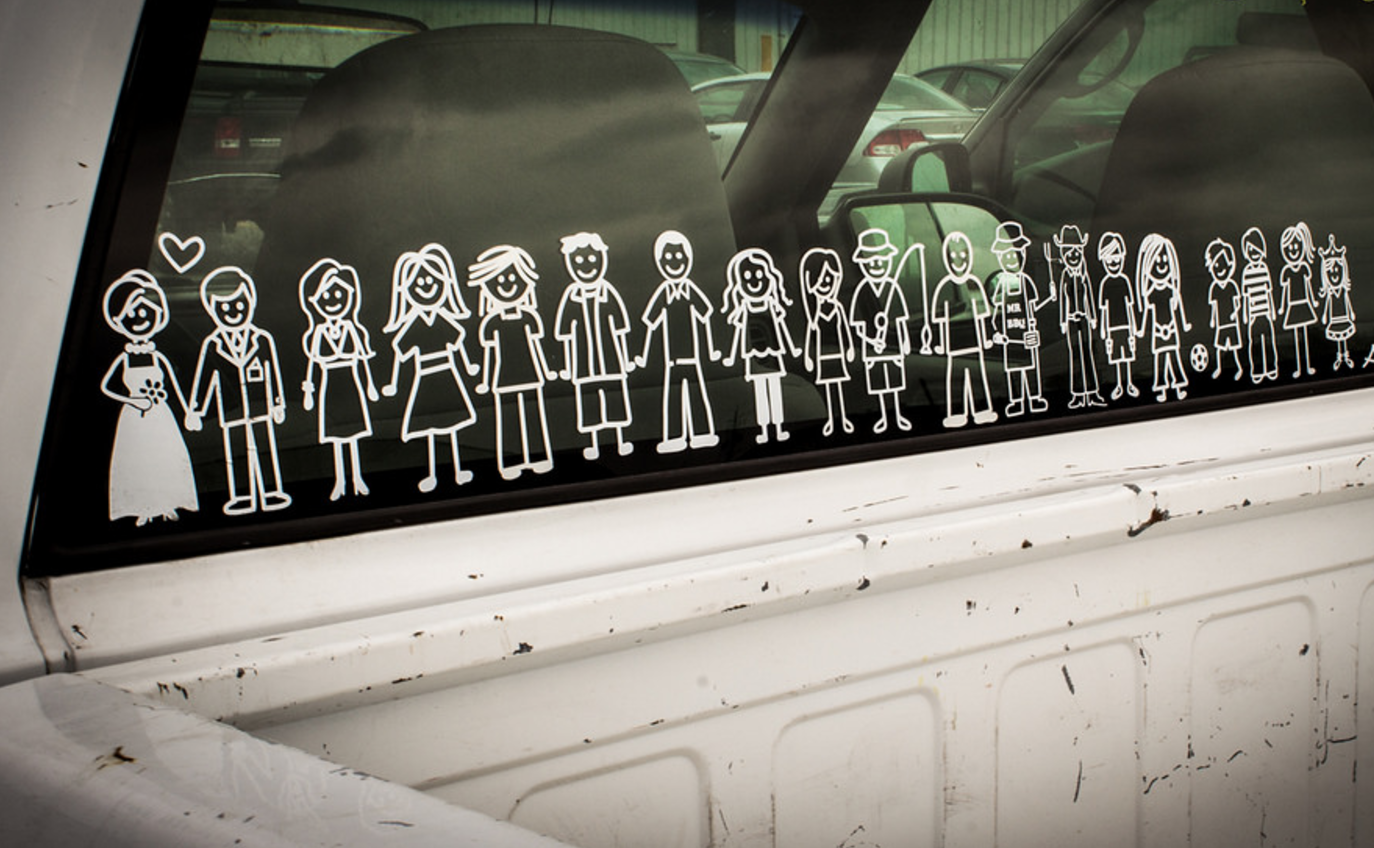 My new life as a 40-year-old divorced mom of two children was orderly and scripted.

Having made it through the drama and guilt of uncoupling, I made a plan to teach sociology, write fiction, and perhaps date a bit here and there until my kids graduated high school. My days had a steady rhythm: cook, teach, help with homework, tuck in the kids, write, and sleep. I was in control, and it felt good. I reasoned that romantic adventure would follow when my son and daughter were in college.

A long line on Christmas Eve, at the now-defunct Borders bookstore, undid my tidy existence. Wearing a big black coat over tennis clothes, no make-up, and a goofy hat, I stopped in to buy books for my children, who were with their dad. With my family all on the East Coast, I was alone for the holiday, so the long line that snaked around the store didn’t bother me.

Noticing a guy behind me holding a Pink CD, I struck up a conversation about how much my daughter, Ella, loved the singer. He shared that he was buying the CD for his daughter, Maggie, who was a triplet. As we chatted about books, kids, and my work at Northwestern University, I was envious of his wife and felt a little sorry for myself. At the cashier, we went separate directions. That night, I called my mom and told her about the married dad of triplets who gave me hope that one day I’d meet a man who was kind and read books.

Two months passed. Every now and then, I thought about the man at Borders, especially when I was on another date from hell—usually a fix-up from a friend who would declare, “He’s perfect for you!” Then one day I received an email: “Are you the woman I met at Borders on Christmas Eve? I’m Ray, the divorced dad of triplets. Would you like to have dinner sometime?” Yes! I did a little happy dance in my office, even though I barely remembered what he looked like, wasn’t sure how old he was, or what he did for a living.

Our first phone call lasted over four hours. I learned that he’d sworn off dating but couldn’t stop thinking about our chance encounter, so he’d asked a paralegal to find me (he was a lawyer). Apparently, it’s quite simple to find a Swedish, tennis-playing Northwestern sociologist. Ray told me that his daughter, Maggie, had mocked his lag time with a fake phone up to her ear: “Hey, this is the guy you met a really long time ago, Christmas Eve…Oh, you don’t remember? OK, sorry to bother you.”

When he arrived for our first date, he was taller and more distinguished than I remembered. Our first two dates were romantic and magical; on our third, I treated him to bowling, where he got a taste of my competitive nature. On our fourth date, I went out on a limb and asked if he wanted to have dinner at Ikea with the kids and me. I’d never introduced them to any of my beaus, but he was different.

He showed up in a minivan—prior to that, he’d been driving a Jeep—which made him an instant hit with my young kids. Later, he confessed that his brother, the Jeep’s true owner, had insisted he borrow his car for our dates because “a Honda Odyssey is not sexy.” Much to my chagrin, I found myself uttering the phrase “whirlwind romance” too often. Soon, I was meeting the triplets, and not too long after that, we conceived a child of our own.

Less than a year after our first date, Ray and I traded vows on a rainy beach in Florida in the company of our five children, family, and close friends. We promised to love, cherish, and support not only one another unconditionally, but also our children.

Soon after our son was born, we fulfilled the shared dream of adopting one child—then another. We found ourselves the proud parents of four boys and four girls. Ray joked that I should write a book titled, Yours, Mine, Ours, and Somebody Else’s.

But behind the good humor and the cute Facebook photos, life was complicated and messy. Work pressure, conflict with our exes, a child with special needs, daughters from Ethiopia, and the regular rigors of parenting made some days a matter of survival. Time alone was a rare commodity. The romantic spark that ignited all these transitions was increasingly difficult to summon.

As parents and partners, we failed over and over again: raising our voices, overreacting, disappointing one another, fighting over who had had more sleep. Moments of adult connection were rare. The days were a blur of chaos punctuated by meals with messy toddlers, squirmy tweens, and petulant teens.

We struggled with shifting alliances, sibling rivalry, jealousy, identity issues, hostility, hurt feelings, and the other million emotions that eight kids might have when you put them together and say, “You’re a family now, so act like one.”

Many nights, Ray and I intended to relax in front of the TV, only to pass out during the first five minutes. If we had a little energy, we’d aim for something more amorous, but without fail, a child would bang on our door in need of comforting. Instituting a date night worked for a while, until we realized all of our conversations centered on the children. Our saving grace was the nightly comfort of our exhausted bodies nestled against each other, when we felt secure and loved.

Every Christmas Eve, before Borders went out of business, we’d round up the kids and force them to pose for a photo in the Romance section, eager to document our “happy family” and pay tribute to our fateful meeting. Perhaps these moments felt so important because we yearned desperately for the return of infatuation and the romantic excitement that our meeting place signified.

Eventually, Borders went out of business, and we moved from our Chicago suburb to a Hudson Valley farm. Morphing into a family continued to be a painful process. Adoption forced us to grapple with the complex reality of loss and longing. Being a transracial family raised issues around identity, discrimination, and white privilege. We felt overwhelmed and sad that we had so little time and space for each other. I’d get angry because Ray’s job demanded too much time away from us. When he arrived home exhausted and hoping for a little TLC, I was aggrieved and ready for him to take over with the kids.

We failed repeatedly at our goal of carving out couple time, prioritizing one another, and appreciating our best qualities. Raw and tired, we talked late into the night, shedding layers of resentment. Usually, we ended up melting into each other’s arms ,promising to be better and do better.

To keep our family afloat, we fell back on humor and laughter. We’d tell and retell scatological stories of when so-and-so peed here, pooped there, or threw up in dad’s hands; without being able to laugh at life’s mishaps, we would have drowned in frustration. So we teased, cajoled, and aimed for joy.

We also found ourselves clinging to heartwarming family moments: when Maggie and Ella bonded as sisters, giggling late into the night; when all the kids protected and fiercely defended Michael, who has special needs. These moments sustained us until, one day, the seemingly pat advice we’d gotten from therapists, “fake it ’til you make it,” held true. Our family bonds were as real and genuine as any biological family.

Our children now range from 11-25 years old. They still push us to the limit, and we still don’t get enough sleep, but our differently built family is who we are. The softening that comes with collective experience has rekindled in Ray and me an appreciation for our relationship, our children, and the road we traveled to get here.

There wasn’t a health scare, wake-up call, or outside threat to our marriage, but rather a gradual recognition that our love trumps the daily demands of modern life. When we notice that we are slipping away from each other, we fight for us, we take walks, hold hands, and acknowledge the complexity of the road we chose. We can’t fix everything or protect everyone. We live boldly and trust that good intentions will rule the day.

Our marriage isn’t the storybook happy ending we’d envisioned, but it’s real, poignant, and mired in the beautiful complexity of our unique family. Instead of losing ourselves, Ray and I learned to fight for each other, and relish the journey we take together.

Every now and then, one of our family photos from Borders pops up on the computer. As much as they hated the ritual at the time, the kids examine the pictures with fascination. I wonder what they are thinking. As for me, I find myself marveling at all that has changed since my first Christmas Eve with Ray, so many years ago, when I first began to learn that an open heart will expand and contain more than I ever would have imagined. 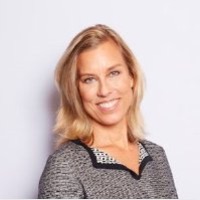