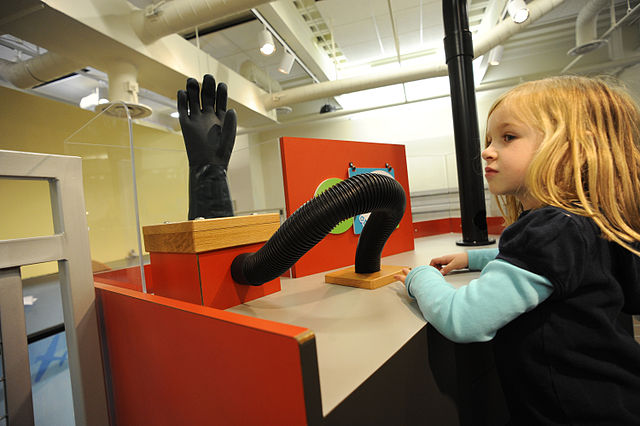 Scientists and researchers all agree that climate change is real, and it’s eroding our planet.

The problem is an urgent one, and governments around the world are making public commitments to address these concerns. The Paris climate agreement is just one effort to help slow the effects of climate change through the reduction of greenhouse gas emissions.

The current President of the United States has declared his intention to withdraw the United States from participation. Despite the president’s disinclination to join the fight to end global warming, many of the individual states within the country have stated their intention to voluntarily abide by the agreement.

This stand by individual states may give us a glimmer of hope in the fight for climate change, as more cities declare their support for initiatives that may reduce global warming. Researchers across many disciplines have been looking at ways to improve the environment, but it may be our youth who find the answers we need.

STEM competitions and science fairs across the globe have challenged students to look for answers to some of the world’s toughest problems, including global warming.

As I researched this topic, I began to feel convinced that it might just be the kids who save the world.

I felt something suspiciously akin to hope—even though skepticism has always seemed a better fit for me. Nonetheless, it’s undeniable that there are amazing ideas coming from children and young adults who see the problems of the environment as undeniable facts that need affordable, sustainable solutions now.

Here are 14 kids whose inventions just might save the world:

1-4. Julia Bray, Luke Clay, Natalie Clay, Ashton Cofer, friends and teenagers from Ohio, invented a styro-filter that will recycle Styrofoam into a water filtration system. You can hear Cofer describe the process of creation in his TED talk. This would allow Styrofoam to be recycled rather than contributing to the waste in our landfills, and it would also help provide clean drinking water—tackling two environmental issues.

5. Nikita Rafikov, an 11-year-old from Georgia, studied bioluminescence in nature and was inspired to find a way to produce affordable clean energy. Rafikov invented a way to embed the green fluorescent protein (GFP) protein that creates bioluminescence into window glass to create lighting without electricity.

6. Azza Abdel Hamid Faiad, a 16-year-old Egyptian, has discovered a method of breaking down plastic for biofuel. This invention helps reduce waste caused by plastic by allowing the plastic to be recycled for energy use.

7. Ana Humphrey, now a teenager in Virginia, has been working since the age of 10 on solving some of our environmental problems. Humphrey invented an app that can test for the presence of E. coli in water. She has also pioneered a calculator that estimates how much wetland is needed in areas at high-risk of waterway issues due to natural disasters. Her focus has been on addressing issues related to conservancy, clean water, and reducing the spread of water-borne disease.

8. Jai Kumar, a 12-year-old from Virginia, has invented several useful products. The eco-friendliest of his inventions is an air filtration device that uses solar power and is mounted on windows. This low-cost invention can help purify air in homes as it enters.

10. Katherine Wu, a 14-year-old inventor from Washington, has pioneered a device that is known as “A Driver’s Companion.” After taking several long road trips on family vacations, Wu considered the problem of driving while drowsy. Wu invented a device to monitor brain wave activity while driving. Users would be alerted via audio and visual alarms through a smartphone app if drowsiness is detected to help reduce the risk of auto accidents.

11. Eesha Khare, an 18-year-old Californian, has invented a supercapacitor, or a fast-charging energy device that can fully charge a cell phone in under 30 seconds and can power light-emitting diode (LED) lights. It is reputed to be 10 times more effective than current rechargeable batteries.

12. Andrew Pelham, an 11-year-old from Tennessee, was troubled by the news of hot car deaths of children and pets. Pelham invented the E-Z Baby Saver to help prevent these deaths. Made from duct tape and rubber bands, Pelham’s design prevents a parent from exiting the car when a child is still strapped in inside. The strap stretches from the driver’s seat door to the back seat where a child would sit. It is an affordable and low-tech way to address what seems to be a growing problem.

13. Kenneth Shinozuka, a 15-year-old New Yorker, invented a device called the SafeWander that will detect when patients with dementia begin to wander off. Small, wireless sensors can be worn on the feet of patients and would alert a caregiver that the patient is wandering off by triggering an alert on a corresponding smartphone app. By detecting these wanderings, caregivers can respond more quickly, which helps protect patients from becoming lost or injured.

14. Param Jaggi, a 17-year-old Texan, found a way to reduce carbon emissions that pollute cars and turn it into oxygen. His “Algae Mobile” is designed to clean the carbon emissions as you drive to create oxygen simply by inserting the device in the exhaust pipe. This invention helps to reduce the pollution caused by carbon emissions.

I keep thinking that it’s not our government or any one global initiative that will save us, though these collaborate efforts are essential to help reduce the rate of climate change.

It seems more likely that the greatest changes will come at an individual level—perhaps they will even come out of a local college or even an elementary school.

While government researchers and scientists continue to use their funding to look for answers, these young people just might save the world.

Maybe it’s because they still believe they can.